You are here: Home>New contributions>The Run-Up to Victory in Europe

The Run-Up to Victory in Europe 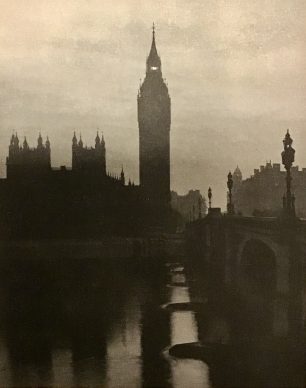 24/4/1945- The lantern surmounting the Click Tower at Westminster shining for the first time in five years, seven months and 23 days.
The Second Great War, No.90 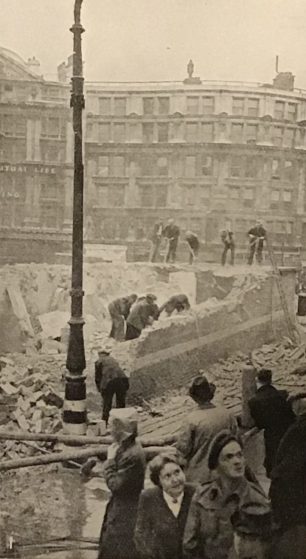 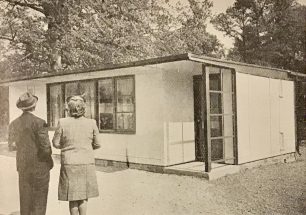 A specimen house prefabricated in the U.S.A. and erected in Britain
The Second Great War, No.90 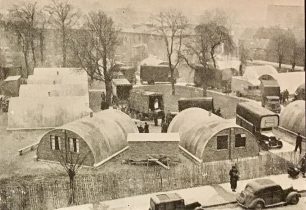 “No statistics can express the moral and physical strain to which the people of Britain, and especially those of London and the south-eastern counties, were exposed by enemy action during the long course of the war in Europe.”

18th January- The ban on handbells and whistles was lifted. (They were to have been used as warning of a gas attack).

In February, the Chancellor of the Exchequer announced a scheme of gratuities to men and women demobilised from the armed forces. (Women got two thirds of what their male counterparts received, unless they were doctors, who all received the same rate).

6th February – Balloon Command disbanded (a nucleus was retained in Britain and overseas).

7th March – An Act received royal assent to continue the wartime obligation of cyclists to carry a red rear light, together with a red reflector and a white band.

8th March- The war gratuities scheme was extended to Civil Defence personnel at the rate of two thirds of the rate for armed forces. The Women’s Land Army were specifically excluded from the scheme. Lady Denman (honorary director of the WLA) resigned her post in protest. The government conceded training facilities to WLA members wishing to take up a career on 16th May, after strong criticism.

8th March- The Brighton foreshore from Black Rock to Saltdean was re-opened. The children’s bathing pool had already re-opened in late April.

24th March- Fire watching was suspended throughout the country.

13th April – the stand-down of the British “underground” force, which had been organised with a very high level of secrecy.

23rd April- All dim-out restrictions removed, except in a five mile coastal belt.

24th April- The light at the top of the clocktower at Westminster was illuminated when the House of Commons were sitting after dark.

26th April – The first London bus appeared with the protective netting removed from its windows.

2nd May- Civil Defence and Royal Observer Corps stood down. The air raid warning system was discontinued and all public and communal air raid shelters were closed. Half a million evacuated Londoners were invited to return to their homes, if they were still habitable.

4th May- BBC announcers ceased to give their names at the beginning of bulletins.

5th May- The surrender of enemy forces in Holland, North-West Germany, Denmark, the Frisian Islands and Heligoland became effective at 8am.
(At this point, the Red Flag flew in Berlin, the Stars and Stripes in Munich and Nuremburg and the Union Jack in Hamburg. Only an area of roughly 4000 square miles remained in enemy hands.)

6th May- The 79 stations of the London Underground were closed as bomb shelters. (Shelterers had spent a total of forty million nights in them).
Between D-Day and 6th May 1945, an estimated four million German personnel were taken Prisoner of War along the Western Front alone.

7th May- Germany surrendered unconditionally at 2.41pm, to the three major Allies. A cease fire began.

8th May – V.E. Day. The Royal family appeared on the balcony of Buckingham Palace in the early afternoon and re-appeared later with Churchill.
At 6pm, Churchill spoke from the balcony of the Ministry of Health in Whitehall, telling the crowds below, “This is your victory.” Hostilities officially ended.

9th May – The Channel Islands were liberated.

BEYOND EUROPE THE WAR CONTINUED……

10th May – U249, the first U boat to give itself up arrived in Weymouth Bay with her crew lining the deck guarded by Polish naval ratings.