You are here: Home>Archive>Documents>Document about 19th August at Kenley

Document about 19th August at Kenley 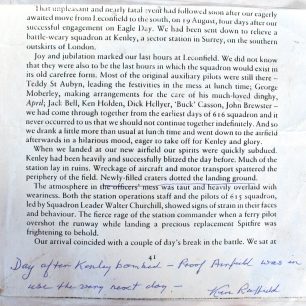 Clip of an article, with Ken's writing over it 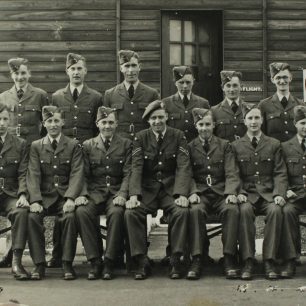 Pilots describe their thoughts when flying into RAF Kenley 19th August 1940, seeing holes that had been filled in from the bombs.

Ken Raffield with his Squadron all in RAF Uniform