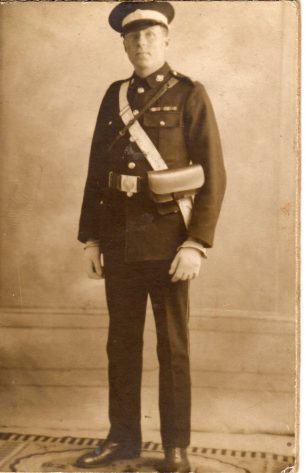 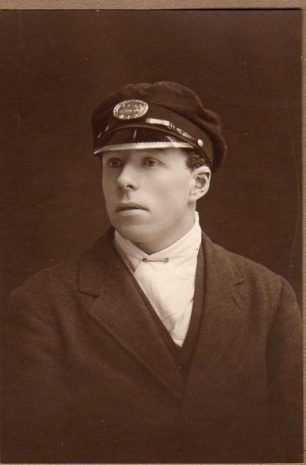 Wallace smartly attired as a railwayman. His cap badge is for LB&SCR Loco Dept.
Jan Murphy 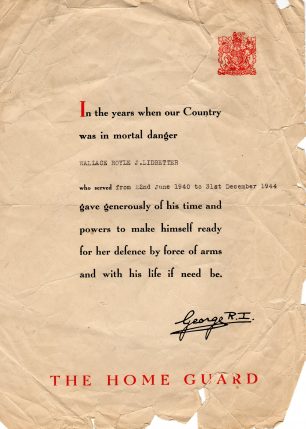 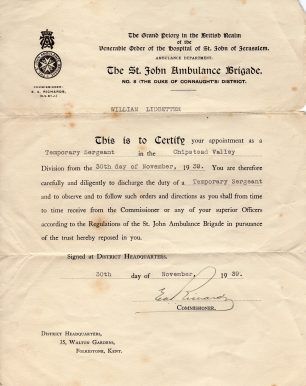 We are grateful to Jan Murphy for these photos of her Grandfather, Wallace Royle Juden Lidbetter, and documents associated with his service during the Second World War.

Jan wrote a brief summary of his life:

Granddad’s name was Wallace Royal Juden Lidbetter and he lived with my grandmother in Stoat’s Nest Village in Coulsdon.  Granddad was born in 1896 and was brought up by his grandparents in Itchingfield, West Sussex.  In WW1 granddad was in the Royal Field Artillery and served in France where he suffered shellshock.  Before the war granddad had worked on the railway and on his return from the war he took up his job on the railway again in Coulsdon, in total working on the railway for 51 years. My mother, Kathleen, worked at the Regal Cinema in Purley, my father was born in Lower Road in Kenley.  Granddad passed away in 1967 in Purley War Memorial Hospital.

Employment records for London, Brighton and South Coast Railways show Wallace R. J. Lidbetter was first employed by the Locomotive, Carriage and Wagon Department as a cleaner at Horsham station from August 1913. He served in the Royal Field Artillery from 1914 with the service number 8569, in the rank of Gunner (UK WWI Service Medal Rolls and Index cards) and returned to his employment on the railways in April 1919, this time at Coulsdon Station.

During WW2, Lidbetter was appointed Temporary Sergeant in the Chipstead Valley St. John’s Ambulance Brigade on 30th November, 1939 and served in the Home Guard from 22nd June 1940 until 31st December, 1944.