You are here: Home>History>Timeline of RAF Kenley>1917-1930>A Car Chase Through Croydon!

A Car Chase Through Croydon! 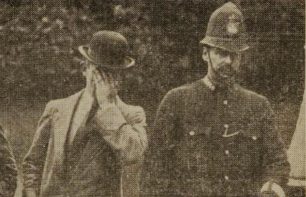 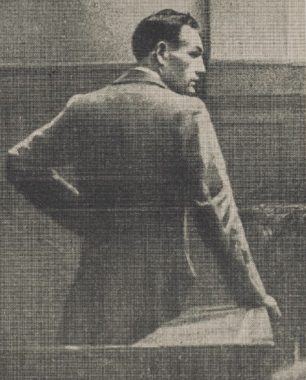 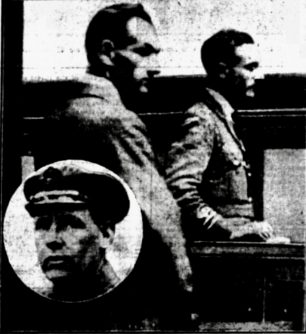 At midday on 22nd August, 1919, Corporal Charles H. Greagsbey, a 36-year-old Driver/Mechanic, was on his way to lunch at RAF Kenley when he noticed a man driving a six-seater Crossley motor car out of the garage.

Noting the number of the car, he made enquiries about who owned this expensive automobile, and was told that it belonged to the RAF (War Office) and had been used to take an officer to lunch.

Sensing that something was amiss, Greagsbey set off in pursuit by car and caught up with the Crossley near Purley. The mysterious driver was heading for Croydon and had now been joined in the car by two other men. Likewise, Greagsbey stopped for reinforcements, and asked an A.A. scout to join the car chase.

As they headed down Croydon High Street, Greagsbey managed to get ahead of his quarry and took advantage of the narrowness of the road to block the stolen car in against the side of a standing tramcar. The driver and his companions jumped out and ran off – the two passengers got away in Friends Rd by jumping over a wall. However, Greagsbey had set off on foot after the driver, who was being chased by a growing crowd. He was finally apprehended in Surrey Street, where he was arrested by PC Abbott, who later recalled that the man, Edward Henry O’Brien, had pleaded, “I am unlucky. I was here only on a joy ride. What do you think I will get?”

The RAF’s Crossley was worth £1200, and the two false number plates found in the car after the thieves had abandoned it put paid to any idea that this was just a “joy ride.”

The young horse breaker was represented by Mr. Edward O’Connor who said that he was previously of, “excellent character.” He was remanded to enable the police to track down his two accomplices. Another appearance in Court led to him being remanded again on August 30th. One of the accomplices was found – James Tait, a 21-year old motor driver. The case finally went to trial and was heard at Croydon, by Sir C. G. Walpole KT, on 14th October. Both men pleaded guilty and received a sentence of 12 months in prison.

Charles Henry Greagsbey, the RAF driver who foiled O’Brien’s attempt to steal the valuable Crossley, was born on 21st May, 1883, in Pevensey, Sussex, one of four children born to Francis Greagsbey, a bricklayer, and his wife, Fanny (nee Brooks).

A life in the building trade wasn’t for Charles and he enlisted in the Royal Navy in 1900, joining HMS Northampton as a ‘Boy 2nd Class,’ with the service number 209410. His parents would have signed the declaration that he would serve for a minimum period in the Royal Navy, usually 12 years. Over this period, Charles served aboard at least a dozen ships, working his way up to Stoker 1st Class.

Charles finished his twelve year service in 1913, but the outbreak of the Great War must have led him to re-muster for the duration of hostilities with the Royal Naval Air Service in December 1914, with service number F2691. He worked as a driver at various shore based establishments such as HMS Pembroke III and HMS President during this period. In December 1917, he was posted to HMS Daedalus, the Naval Seaplane Training School at Lee-on-Solent, and was serving there when RNAS personnel were transferred into the RAF on 1st April, 1918.

Charles received a new RAF service number (202691) when he re-mustered in the RAF in July 1920. However, although neither his RNAS or RAF records cover the period between 1918 and 1920, we know he was serving as a Driver/Mechanic and passed through Kenley in 1919. In the early 1920’s, Charles was stationed at RAF Manston with the School of Technical Training and later with Manston’s Mechanical Transport Repair Depot.

In September 1922, Charles married Alice Maud Annie Thatcher in Richmond, Surrey. In August 1925, he was promoted to Flight Sergeant and was discharged from the RAF on 27th December, 1926, while living at 40 Queen’s Rd, Mortlake, SW14.

Charles Henry Greagsbey passed away on 3rd April, 1937, while living at 24 Albemarle Avenue, Twickenham. His pension records indicate that, all in all, he served 24 years in the British Armed Forces.