You are here: Home>History>Local Places and Incidents>The Bombing of Chaldon Rd, 4th November, 1940. 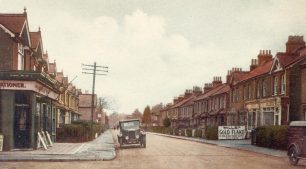 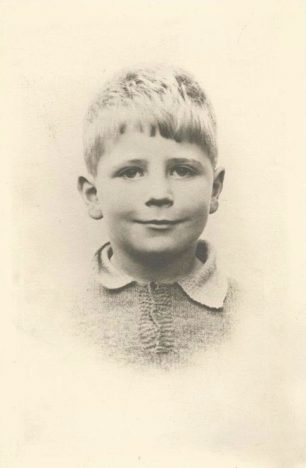 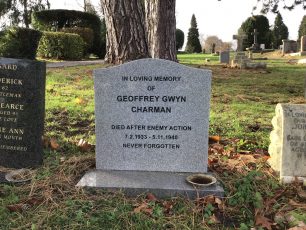 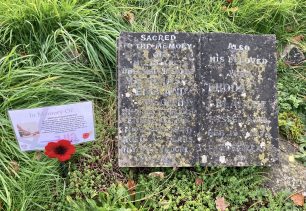 On the 4th November, 1940, a lone enemy bomber attacked Caterham on the Hill  dropping several bombs which damaged shops and houses, and opening fire on children leaving the Council School, (now Hillcroft School).

Those who died were Mr. Matthias England Medwin, of 98 Chaldon Rd, and Geoffrey Gwynn Charman, aged 7. Geoffrey was the son of Arthur and Ethel Charman of 36 Wood Lane. He succumbed to his injuries on the 5th November in Caterham Emergency Hospital. At least one other boy was seriously injured. Mr. Ernest F. Hallpike, of 104 Chaldon Rd, was also seriously injured and died in Caterham Emergency Hospital on 1st December, 1940.

I think this piece from the BBC People’s War archive, by Derek Mould, describes the incident:

“Mother sent me to the local School at Caterham on the Hill. One day, there was no air raid warning, and just after leaving the School gates with many other children, I heard a heavy aircraft engine noise above in the low cloud, then machine gun fire, the bullets were all round us but it took a few moments for me to realise this, the constant cracking sound rather like cap guns, was in fact bullets hitting the ground, its a sound you never forget, there was a number of immediate bomb explosions, one in the middle of Chaldon Road that I was in, but further ahead up the road, which killed our grocer Mr Medwin who came out to the door of his corner shop at where the bomb fell, another bomb landed outside the gates of the Guards Barracks nearby, by that time I panicked and ran up to a house and I knocked on the door and the people let me come in to take shelter. A German bomber was brought down that same day which I believe was the same one described hitherto. Fighter planes from Kenley were scrambled, and I was told that one fighter literally flew up the exhaust pipe of the enemy aircraft and shot it down, it crashed on White Hill Chaldon about two miles from my home.”

No enemy bomber was brought down that day, as described above, – maybe this was a story to comfort the grief-stricken people of Caterham.

Another quote from the BBC People’s War Archive, this time from Peter Faggetter:

“But it’s the early 4th November incident at Caterham that held the tricky key to my; door. By the end of October the great B of B daylight raids had slowly faded away; the German hopes of an invasion during 1940 hadn’t proved possible due to our RAF resistance. Now the shorter days and autumn weather would, or was, hindering formation bombing, so the Germans were having to resort to small sections of planes or, on cloudier days, the single raiders. Such were difficult to keep track of or, even known about for in cloud they could meander with impunity until the time came to strike. It wasn’t a good day at school for lessons, and the dull November clouds only added more grey to what would be miserable morning. Due to air raid danger we were only schooling in the mornings – till 1 p.m. but I’d refuse to go. With my mother finally tiring of all my grumbles of not feeling well, and having a headache, she eventually gave in and crossly told me to stay in bed. Soon after the hour that would see the others leaving school the sound of an aircraft drew me outside our country bungalow. It was the first aeroplane I’d heard all morning, which wasn’t surprising considering the low, drab cloud base and that the sirens had remained silent. Assessing the passage of the in or above cloud aircraft’s movements in the direction of the Guards Barracks, I stood watching and waiting to see if it would appear. With the sounds of the twin-engine machine now moving to the right – and all within the space of two minutes, a Dornier dropped below the cloud in a shallow dive towards Caterham Hill, and then disappeared from my view behind the nearby obscuring tress. Seconds later sharp bomb detonations ripped through he air and tree branches from a mile away. In those moments a schoolmate I often walked part-way home with had one of the bombs explode almost alongside him. The bomb had landed in the road mid way between two well known little shops, one selling broken biscuits to the right lads and the other the sweets and fireworks specialist. The good man who I’m sure on occasions busted biscuits for the fun watching kids delighted faces was killed when, on hearing the bomber had rushed outside to pull my friend to safety. Another shop man was killed too, plus some kids injured. That was a ’banger’ to break more than all the biscuits, and battered the fireworks shop to a shambles.
So my morning refusal had paid off; as id by some extrasensory perception I’d given the Germans the slip. I certainly consider it as one of my great escapes for not only had my bored school instincts dictated my morning attitude to the day, but I was to actually spot the Dornier that carried the bomb with my name on it. Had I not that day been walking alongside Ray, I’d have been nearby and with the third member of our trio of classmates heading for westward homes. What’s more, I had heard it’s searching approach, then its reversing course, as if it had first overshot my usual whereabouts. And by another strange quirk of fate the other 13 yr old boy had been turned back at exit time by the awful science master, and to go up and clean a work surface in the science room; he’d brook no argument to the contrary either, apparently. More than a bit peeved, the lad was nevertheless glad and thankful when five minutes later he easily saw both the bomber and straddle of bombs exploding about where he would have been walking with Ray. He’d naturally wondered why I’d stayed off school that morning too. He thanks GOD for his most lucky escape, and coincidently – and learned when I was sixty years old – he married my school girlfriend! Ray’s injuries were quite severe for he had broken bones and lost and eye, and I never saw him again. Most people thought the bomber crew had been indiscriminate, but with the pilot needing the cloud shield against fighter attack, for perhaps he knew Kenley was close at hand, I’m inclined to think that he misjudged his timing to emerge from the cloud for an attack on the barracks.”

In memory of those killed as a result of this incident:

Sarah Shoebridge has left this comment:
Geoffrey Charman was my Grandad’s brother (my Grandad was called Raymond). Geoffrey was buried at the graveyard in a paupers grave – my Grandad’s parents couldn’t afford a funeral so I understand the road/village rallied around to help pay for the funeral.
Geoffrey’s death affected my Grandad his entire life. I only ever heard him talk about it once, and it was difficult for him to talk about it (and hard to listen). Even though nothing could have been done, my Grandad blamed himself for not being able to protect Geoffrey that day.
About 3 or 4 years ago, my Mum arranged for a memorial stone to be placed at Geoffrey’s grave, as this was previously unmarked. This brought some sense of peace to my Grandad and he was able to visit the grave before he became too frail. He died in 2019, a few weeks before his 90th birthday. This story was retold at his funeral.

Just felt the need to add my family’s story to the account of those events that fateful day.