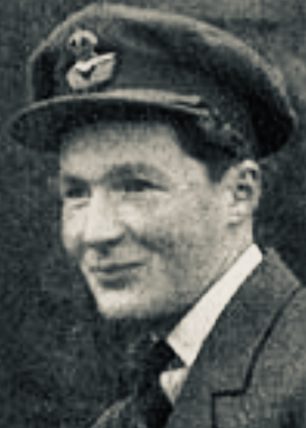 S/L Norman Fowlow spent most of 1943 with the Canadian Wing at Kenley, and took command of 403 squadron RCAF, from 13th September until 6th October when he was posted to 17 Wing HQ as the Gunnery Instructor.  He was replaced as Commanding Officer of 403 squadron by Squadron Leader R. A. Buckham.

NORMAN RALPH FOWLOW was born 9th August 1921, in Hodges Cove, Newfoundland, the son of Reverand Ralph Fowlow and his wife Annie. Later he called Windsor in Nova Scotia his home. He enlisted in Halifax on 22nd August, 1940 and, after the usual training, arrived in the UK in May 1941. Norm spent a couple of months at 55 OTU before being sent to his first squadron, No. 131, in July 1941, with whom he did most of his flying until he was sent to Malta in the Spring of 1942.

I think it was during the tense period of waiting in Gibraltar, that Norm met ‘Buck’ McNair, who would become a firm friend. Fowlow was one of the 60 or so pilots who flew off the carrier ‘Wasp’ on 9th May to reinforce Malta’s beleaguered fighters. Within a few days he was shot down and baled out, but continued fighting over the Island until he was sent back to Britain in August.

On his return from Malta, Norm’s next squadron was 403, in August 1942 – they arrived at Kenley on the 23rd January, 1943. Fowlow didn’t find the fighter sorties and bomber escort operations any easier than Malta:

“If you ask me about this flying compared with Malta when I was there, I’d say this was tougher because in Malta you did all your fighter work over your own territory. Here you leave England and do your fighting over strange country.”

“This officer has taken part in a very large number of sorties and has proved himself to be a skilful and courageous fighter. He has destroyed four and shared in the destruction of another enemy aircraft.”

In the Spring of 1944, ‘Buck’ McNair asked Fowlow to be best man at his wedding, which gave Norm the chance to get something off his chest which he’d been hiding from the Wing Commander – he had been secretly married to a nursing sister, Elsie Ogilvie, in April 1943, and in fact had a four month old baby son, back in Nova Scotia, where mother and child were living with Norm’s parents. Buck apparently cursed, but was thrilled for his friend.

S/L Norman Fowlow was with 411 squadron when he lost his life on the 19th May, 1944, in Spitfire MK834, while dive-bombing a rail crossing at Hazebrouck, France. He was hit by flak at 7000ft and his 500lb bomb exploded, killing him instantly.