A Tragedy in Maidstone 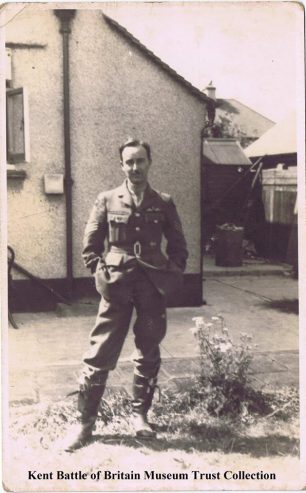 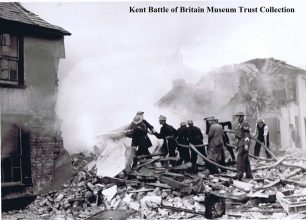 Firemen trying to bring the blaze under control at No.59 and No.61 Albion Place, Maidstone.
Kent Battle of Britain Museum 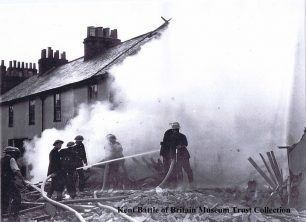 The aftermath of the crash of Hawker Hurricane L1928, at Albion Place, Maidstone.
Kent Battle of Britain Museum 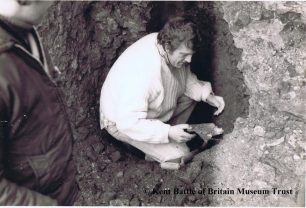 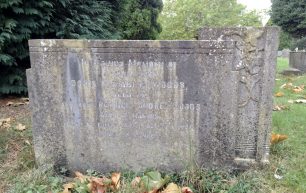 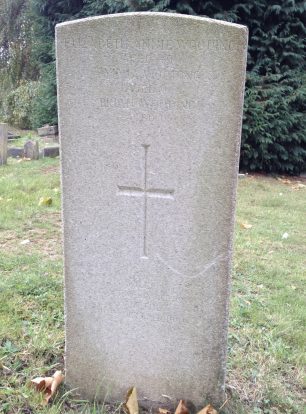 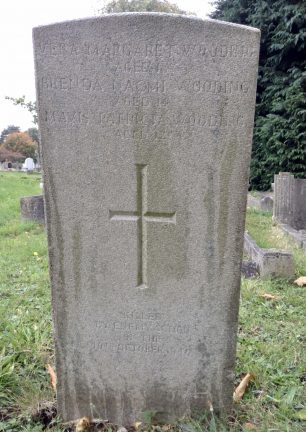 One of Maidstone’s most tragic wartime incidents happened on 10th October 1940, when a Kenley Hurricane, of No.253 squadron, crashed into houses in Albion Place. The pilot, Sergeant Harold Henry Allgood, together with two adults and six children, all from the same family, were sadly killed.

It meant in a single blow that Arthur Wooding’s had lost not only his wife and six children, but also his granddaughter. The Wooding’s did have two other adult children, who were luckily not in the house at the time of the crash.

The civilians, all killed at No. 61 Albion Place, were buried at Maidstone Municipal Borough Cemetery. The house belonged to Doris Woods, aged 29, (wife of Charles H. Woods) who was there with her seventh month old baby, Patricia Audrey Woods. Her mother, Elizabeth Annie Wooding, aged 49, of 4 Astley Street, (wife of Arthur E. Wooding) was also staying at the house with Mrs Woods’ five youngest siblings; Vera Margaret, aged 18, Brenda Naomi, aged 14, Mavis Patricia, aged 12, Sylvia, aged 10, and Brian, aged 6, having been forced out of their own home in Astley Street after it was severely damaged during an air raid on 2nd September.

The pilot of the Hurricane was Sergeant Harold Henry Allgood. Harold was born in Cambridge in 1915 and educated at the Central School there. He left in July 1931 and at the age of sixteen joined the RAF at Halton as an apprentice metal rigger in September. Here he took full opportunity of the sports facilities on offer and especially in the sphere of swimming, winning the Barrington / Kennett trophy in 1932, and senior events in 1934.

Allgood later volunteered for pilot training and was accepted on 13th September 1938 but did not begin his training until 1939.

He was at No.11 Fighter Training School, Shawbury, Shropshire from 25th September until 6th April 1940. After converting to Hurricane’s, he was posted to No.85 Squadron at Lille-Seclin in France on 14th May. Two days later, on the 16th, he was detailed to fly Hurricane, Serial No. L1898 (which appears to have been unserviceable and due for repair) to Merville when he was shot down shortly after take-off (possibly by Oberleutnant Bolz, Staffelkapitän of 5th Staffel of Jagdgwaffe 52) crash-landing and overturning north-west of Lille. Allgood was wounded, or possibly injured his collar bone in the landing, and is believed to have been hospitalized. This would also explain why, when No.85 Squadron was withdrawn to Debden on the 21st, Allgood was not with them.

Allgood was officially reported back on June 22nd and re-joined No.85 Squadron at Martlesham Heath in early July. On 11th August 1940 he claimed a Messerschmitt Bf 109E but the same day returned to base with his mainplane damaged by a Messerschmitt Bf 110, engaged over a convoy off the east coast.

He escaped unhurt from Hurricane, Serial No. P2827, when he crashed making a dusk landing at Church Fenton on 9th September. The Hurricane was damaged but repairable. (It is also of interest to note that this Hurricane had been previously damaged in its starboard wing in combat over Portland at 10.40am on Sunday 11th August 1940. The pilot then was Sergeant Henry J. Marsh who returned the aircraft to base and was unhurt. Two days later, on 13th August, he was posted ‘missing in action’ in combat over Portland. He was twenty-seven years old). Allgood was posted to No. 253 Squadron at Kenley on 28th September.

At 15.20 hrs on Thursday 10th October 1940 nine Hurricanes of No.253 Squadron took off from RAF Kenley. Sergeant Allgood taking up the position of tail-end Charlie. Thirty minutes into the patrol the squadron were at approximately 20,000 feet over the Eastern outskirts of Maidstone when one of the aircraft, Serial No. L1928, went into a steep dive and crashed into Nos. 59 and 61 Albion Place, Maidstone, the aircraft immediately bursting into flames. The pilot, two adults and six children were killed. Both husbands were at work at the time of the crash. The cause of the crash was never established but possibly oxygen failure. Witnesses said he appeared to attempt to level out just before hitting the ground, but it was too late.

Sgt. Harold Allgood’s body was carried out of the wreckage wrapped in his parachute and buried on 22nd October in St Mark’s Burial Ground, Grantchester, Cambridge. He was twenty-five years old and the son of James and Florence Greef Allgood of No.3 Merton Street, Cambridge. Sadly, for his family, his brother Edwin was also lost on active service over the North Sea on 29th May 1942 whilst serving on a Liberator, Serial No. AM924, with No.120 Squadron. He was one of three, out of a crew of seven, lost on a reconnaissance mission searching for the Tirpitz. The Liberator was attacked by three Messerschmitt Bf 109’s and Edwin, an air gunner, was killed before the aircraft ditched in the sea west of Moskenessøy, the southern most major island in the Lofoten Islands, Norway. An inscription was added to Harold’s gravestone: ‘To the memory of his elder brother who has no known grave, Flight. Sgt. Edwin A. Allgood, killed in action over the North Sea, 28th May 1942.’

The crash-site of Sergeant Harold H. Allgood’s Hurricane was excavated by members of the Kent Battle of Britain Museum in 1978 during the redevelopment of the site by Rush and Tomkin Ltd when they were building a new DVLA office on the site. In recent years the DVLA building has been replaced by Coronet House, an office block amid the terraced houses of Albion Place.

Artefacts related to Sgt. Allgood, his Hurricane and the terrible crash at Albion Place are on display at the Kent Battle of Britain Museum.