You are here: Home>History>Timeline of RAF Kenley>World War II>Reunited with the Help of the Resistance

Reunited with the Help of the Resistance 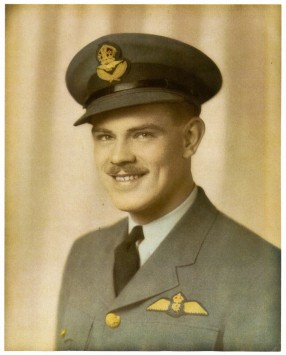 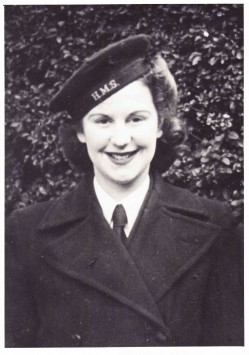 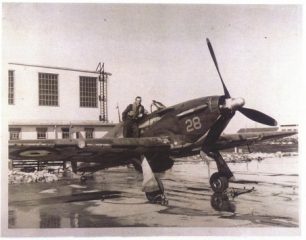 John Trull with a Hawker Hurricane during training in Canada
Margarita Trull, courtesy of "The Memory Project," Historica Canada 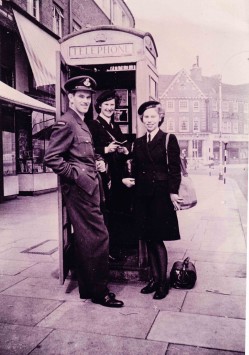 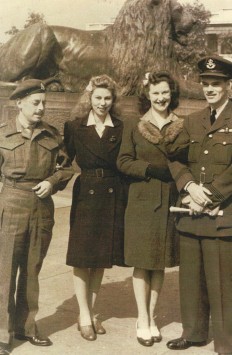 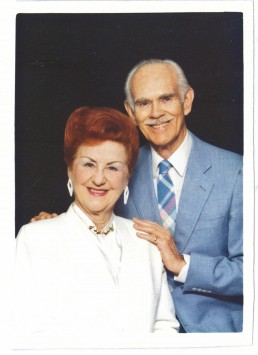 'Madge' and John Trull on their 52nd wedding anniversary in 1996.
Margarita Trull, courtesy of "The Memory Project," Historica Canada

John Cameron Trull, from Ontario, Canada, was a 24 year-old working in insurance when he enlisted in October, 1940. After completing his training at Bagotville, he had been posted overseas to England in June 1943.

The following month he met Margarita ‘Madge’ Janes at a dance in Bournemouth and thought she was the “most beautiful girl (he) had ever seen”. They were engaged by Christmas. Madge was a Wren who worked in the decoding rooms at Stanmore.

John was posted to 403 Squadron RCAF, at Kenley, but disaster struck on  20th February, 1944, during the second operation of the day, when the squadron were tasked with escorting a short-range bomber attack.

On the second Ramrod, the Wing penetrated to the Brussels area when F/L J. C. Trull’s engine failed.  After instruction over the R/T by the Wing Leader his engine still failed to pick up and he was instructed to bail out at 3,000 feet.  We are all hoping that F/L Trull will walk back and rejoin us.

The informal squadron diary doesn’t mention the loss of Trull at all! In fact is says that a ‘great time was had by all’. The diarist does, however, confess that the squadron ended up making landfall at the Isle of Wight, thinking that they were at the white cliffs of Dover!

Although John was instructed to abandon his Spitfire IX, (MJ944) near Lille, after his engine ‘conked out,’ it seems that he managed to glide the aircraft down. He recounted what happened in the secret evasion report, filed upon his return:

I took off from Kenley at 1415 hrs on 20 Feb 44 in a Spitfire aircraft on a flight over Belgium. Near Louvain the jettison tank ran dry. I switched over to the main tank, but the engine cut. I was then at 25,000 feet. I glided down through ten-tenths cloud and crash-landed in a field about 3kms West of Willaupuis (Belgium) at about 1500 hrs. I was unable to destroy the aircraft, as the incendiary bomb did not work. I left my parachute, harness, mae west, and flying suit in the aircraft.

I ran into a nearby wood because a motor cycle was approaching. I removed the tops from my special flying boots and consulted my escape map. I was unable to pin-point my position, so I started walking S.W. by my compass. I was wearing a heavy white sweater instead of a tunic. When near Brasmenil, I decided to hide in a haystack as there were many people on the road. I stayed there until dark and then continued walking S.W. I approached an isolated house a short distance S.E. of Callenelle and asked for directions. The remainder of my journey was arranged for me.

The report doesn’t cover how the resistance got John out of occupied Europe – absolute secrecy surrounded the identities and methods of these brave French men and women.

Trull’s hazardous journey took him over the border into France on 6th June, 1944, (D-Day). He was eventually flown back from Gibraltar to England with some high-ranking officials on 7th August, 1944.

All through John’s ordeal in occupied Europe, the only thing Madge knew was that he was ‘missing in action.’ He was unable to contact her until just before he arrived back in England. The couple were re-united on 8th August, at the Wrens’ quarters in Stanmore. His first words to her were, “When are we getting married?” To which she replied, “Anytime you want!” They tied the knot on 30th September, 1944, and were happily married for 55 years, until John passed away in 1999. Madge said, “we were in love and loved each other the whole time.”

You can read more about Madge’s top-secret work at Stanmore, here.

Many thanks to “The Memory Project”, Historica Canada, for permission to use Madge Trull’s photographs and memories.