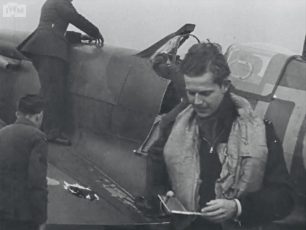 S/Ldr. Donald MacDonell, who led No.64 Squadron at Kenley during the Battle of Britain.
Still from 'Fighter Pilot, ©️IWMUKY263 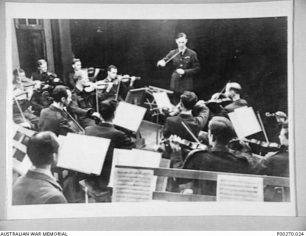 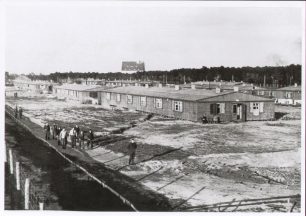 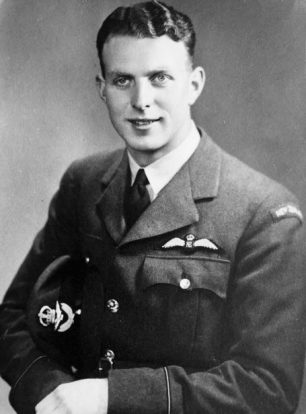 Shortly before midnight we saw the searchlights focusing on a figure climbing on to the roof of one of the barracks. He had a trumpet in his hand. In the full glare of some four searchlights in the middle of the frozen night, he stood on the roof and played with immense feeling and great beauty – Stille Nacht. Heilige Nacht. To me this is the most moving carol of all time. Only one searchlight remained beamed on the trumpeter, who was a Canadian. He ended the carol, by which time the other searchlight had been dimmed, possibly a tribute to an emotion which transcended the barriers of war. He climbed down and went to his barrack. The compound remained silent for a time. It was a deeply moving occasion which I shall never forget.”

From the memoirs of Squadron Leader Donald MacDonell, who took command of No.64 Squadron at RAF Kenley, on 19th July, 1940. During the Battle of Britain, he amassed an impressive tally of victories and was awarded the DFC, gazetted 6th September, 1940.

On 13th March, 1941, he was shot down by Werner Molders during a sweep over France. Having baled out successfully, he was captured and sent to Stalag Luft III.

The Canadian trumpeter could have been Flying Officer Arthur B. Crighton, of 419 (Moose) Squadron, who had been captured in April 1942, after baling out of his stricken Wellington bomber, while en route to Hamburg.

Arthur was an accomplished musician, who became the conductor of the North Compound’s classical orchestra. Post-war, he graduated with a Masters and Doctoral Degree in Music from University of Southern California, and taught at the University of Alberta from 1949 – 1982.

The Christmas Eve rendition of ‘Silent Night’ was also recalled by John Caulton, a Spitfire pilot, from 132 Squadron, who found himself at Stalag Luft III in 1944:

….a trumpeter, went out and played “holy night”, in a still night, a very still night as cold as charity, the stars were out and there were a few heads that dropped and I’d say a few tear drops as well. You can’t recreate it, all the prisoners there, some had been there four years plus, suddenly he had stuck up, and he played it so well. It’s an experience that sticks with me…”

Sources:
‘From Dogfight to Diplomacy’ by Donald MacDonell
Many thanks to Ben Van Drogenbroek and the excellent “Stalag Luft III -Great Escape” facebook group for their help in tracking down the SLIII trumpeter and adding more information.
Many thanks to J. C. Caulton for pointing out his Grandfather’s story, and this great website about his life:
https://john-caulton-spitfire-pilot.com/war-years/