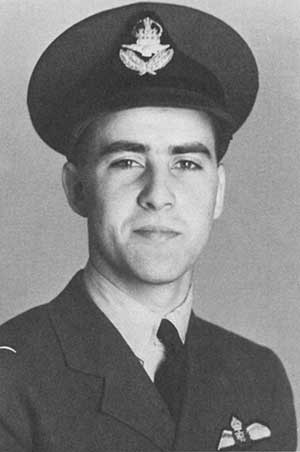 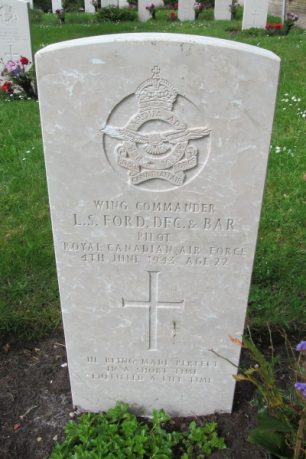 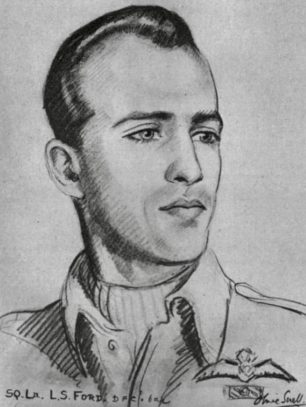 On the 4th June, 1943, Wing Commander Leslie Sydney Ford, DFC and Bar, met his end leading 402 squadron, when his Spitfire (AA980) was shot down, off the coast of Holland, while attacking enemy “E” boats (fast attack craft). Only a few weeks earlier, he had left 403 squadron at Kenley to become Wing Commander (flying) at RAF Digby, the first graduate of the Commonwealth Air Training Plan to attain that rank, having proved himself to be a dependable leader as well as an ‘ace.’

In his autobiography, ‘Wing Leader,’ ‘Johnnie’ Johnson described Syd Ford, (then 403’s Squadron Leader, at Kenley) as “lean” and “slightly balding,” with a reputation as a “sound leader and aggressive pilot.” It is obvious that he regarded Ford as a very capable man, and admired the squadron’s “excellent” discipline in the air. It was Ford who presented Johnson with a pair of Canadian shoulder flashes after a successful operation in April 1943; a simple gesture which, for Johnson, held a “deep significance.”

It seems incredible to me that this steady, courageous man, who showed so many admirable qualities and achieved so much, was only 22 years old when he died.

Leslie Sydney Ford was the son of Dr. Theodore Rupert Ford and Margaret Irene Ford. He was born in Halifax, Nova Scotia on 30th December 1919, and attended Arcadia University in Liverpool, N.S., until he enlisted in Halifax, in early 1940.

He was posted overseas in February 1941, joining 403 squadron for the first time in April of that year. After a short time spent with 402 and 175 squadrons, he returned to 403 as ‘B’ Flight Commander on 19th July 1942, becoming their C.O. on 13th August. They moved to RAF Kenley in January 1943. Ford was posted to RAF Digby as Wing Commander (flying) on 19th April, and lost his life on 4th June off the coast of Holland.

A telegram from the International Red Cross Commission quoting German information stated that the body of Wing Commander Ford was washed ashore on July 14, 1943.  An extract from official German totenliste (death roll) No. 169 confirmed the IRCC report and stated that he was buried on July 15, in the Municipal Cemetery, Grave No. 63, Vlieland,  Netherlands, where he lays at rest to this day.

Here is the citation for the Bar to Syd Ford’s DFC. The award was effective from 16th September 1942 and mentions the Dieppe raid in August of that year. Ford was particularly proud of his squadron’s work on that day (5 ea destroyed and many other probables and damaged) and mentioned it in his speech at 403’s  second anniversary dinner, held in the Officer’s Mess at Kenley, on 30th March 1943…

“On August 19th, 1942, this officer led his squadron in support of the combined operations against Dieppe with great skill.  Several enemy aircraft were destroyed, two of which were shot down by Squadron Leader Ford. Throughout, his inspiring example instilled great confidence in his fellow pilots.”

On one operation, Ford dropped a bomb from his Hurricane which went right down the funnel of a German destroyer, sinking it!

Rest in Peace, Syd, and thank you for your service.