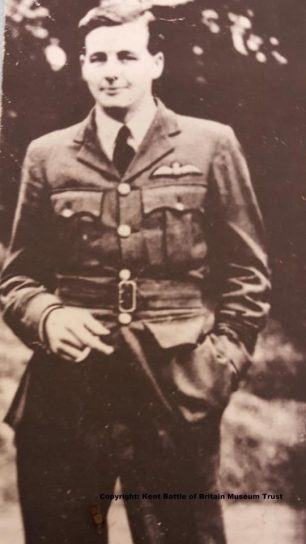 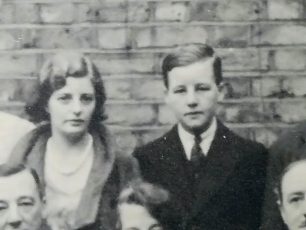 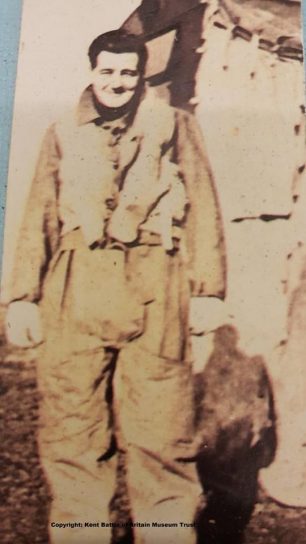 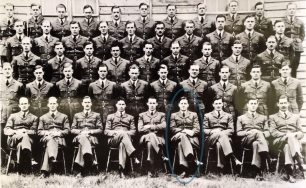 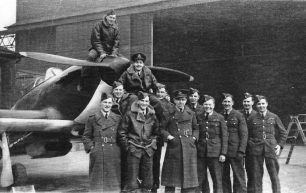 253 Squadron at RAF Northolt (see link below), with a smiling Allan carried shoulder-high by his fellow pilots. 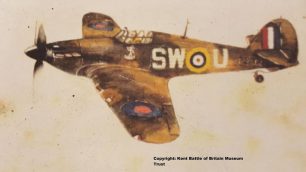 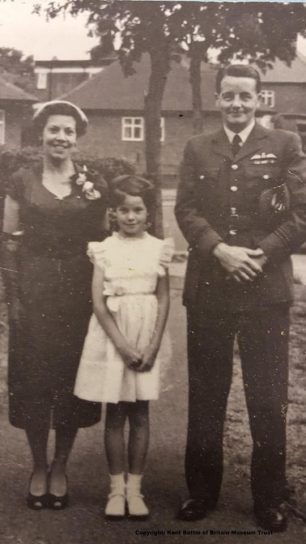 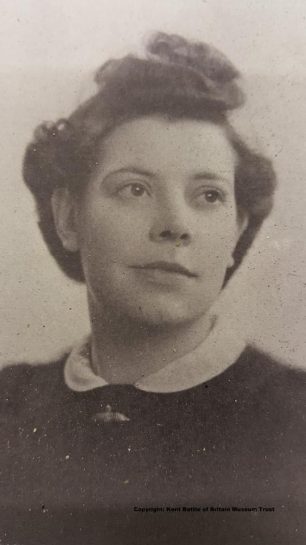 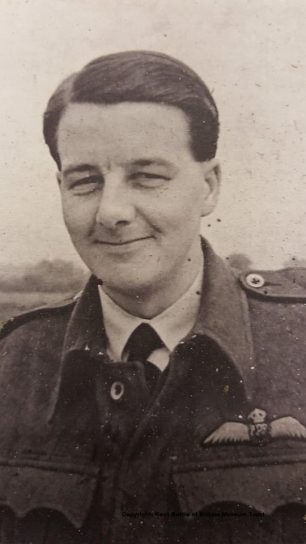 Allan Corkett flew with No.253 Squadron at RAF Kenley during the Battle of Britain. Here, Jo Corkett pays tribute to the relative she sadly never met and Dave Brocklehurst MBE, of Kent Battle of Britain Museum, explains the significance of the items which Allan donated to the museum.

At the end of 2005, not long after the Battle of Britain memorial was unveiled on the Embankment in London, I popped down from my nearby office to take a look. Modern European history was a big interest of mine, with special focus on World War II. Having had over 20 years in the Royal Air Force my sister, Jenny, had influenced a keen interest in all military aircraft. Imagine my surprise on exploring the memorial that lunchtime to find the inscription P/O Corkett A.H. amongst the names of The Few.

Already well in to researching our family history, I set about finding out if this Corkett was ‘one of ours’. After a lot of digging, it transpired that my Great Uncle Harry had a son, Allan Henry Corkett, born on 9 August 1917 who had gone on to join the Royal Air Force. My Dad and I were shown a copy of the book Men of the Battle of Britain during a trip to Biggin Hill and we knew then that we had our man!

Sadly, Allan had died in 2003, only a few years before we discovered he was part of our family. Since then, I’ve found that Allan had an incredibly challenging life, from being taken prisoner of war in 1943, to losing his wife Eileen in 1968 and then tragically his daughter Anne, aged only 41 in 1988.

I discovered that Allan’s ashes are buried with those of his daughter in Poole Crematorium, but sadly, visits to the Crematorium led me to discover that there is no marker in the area of the grounds where he was interred with Anne to mark their final resting place.

We had the privilege to know Allan Corkett for the last ten years of his life, first meeting him in July 1993 just prior to the unveiling of the Battle of Britain Memorial at Capel-le-Ferne. During his visit, we asked if would have anything he would consider donating to the Museum and he immediately thought of two items. The first being his pilots brevet that he had worn during the Battle of Britain on his Pilot Officers tunic. The brevet shows excessive wear caused by the constant rubbing of his Sutton harness and parachute straps. Most pilots in the conflict preferred to fly wearing only their service tunic.

The second item was a Gold and diamond RAF brooch which has a very poignant and sad history. Allan gave this to his wife Eileen on their wedding day in 1940.  Tragedy struck first in 1968 when Eileen died. The brooch was then passed to the daughter Anne.  Cruel fate struck again in 1988 when Anne also died. When we approached Allan back in 1993 he immediately thought of these items and felt that his late wife and daughter ‘would have been delighted’ that they now form a lasting memorial, not only to Allan but also to Eileen and Anne too.

Allan Henry Corkett was born on 9th August 1917 in Finchley, Middlesex and was educated at the City of London School. He was a stockbroker’s clerk before joining the RAF on a short service commission. Allan began his training on 6th February 1939 at 11 E&RFTS Perth. In June he was posted to 2 FTS Brize Norton. With his training completed, Allan joined the newly-reformed No.253 Squadron at Manston on 6th November 1939.

In mid-May 1940 the squadron, along with others, was alerted to fly to France. Gathered for an early morning take-off, the Hurricanes were sent back to their bases, presumably as a result of Hugh Dowding’s letter to Sir Winston Churchill, requesting that: ‘Not one more fighter will be sent across the Channel, however urgent and insistent the appeals may be’.

On 4th September 1940 Allan claimed a Messerschmitt Bf 110 destroyed and on 5th October he shared in the destruction of a Junkers Ju 88. On the 19th October he was posted to RAF Kenley as non-effective sick. He did not re-join the squadron until 4th December 1940. He remained with the squadron until August 1941 when he was posted to No.17 Squadron at Elgin. With his tour completed, Allan was posted to No. 53 OTU as an instructor in October 1941, initially at Llandow but later at Roose, Glamorgan.

In January 1943 Allan was posted to No.64 Squadron at Hornchurch and in May was given command of No.197 Squadron at Tangmere. On 1st July 1943 the squadron took part in ‘Ramrod 117’, attacking Abbeville and Courtrai airfields. Corkett, in Typhoon Ib, Serial No. DN357 and coded OV-Q, was shot down near Poix-de-Picardie and was captured.

He was taken to Dulag Luft in Frankfurt on 4 July 1943, then transferred to Stalag Luft 3 on or around 18 July. On 27 January 1945 with Russian soldiers advancing, POWs were marched out of Stalag Luft 3, and records show that Allan left the camp on 28th, the following day, destination Spremberg. Prisoners from the North and East Compounds of Stalag Left 3 were moved on to the maritime POW camp Marlag Und Milad Nord in Tarmstedt, and recorded dates suggest that it is likely Allan was one of the POWs involved in this perilous journey.

Repatriated to the UK in 1945, he went on to the Reserve of Air Force Officers on 1st September 1945. Allan re-joined the RAF in September 1952 and was posted to Central Flying School, South Cerney for an instructor’s course. In April 1953 he went to No.2 Flying Training School, then at Cluntoe, Northern Ireland but later at Hullavington and Syerston, as an instructor on Jet Provosts, until September 1958.

Allan had two non-flying staff jobs, firstly at RAF Pitreavie Castle and finally at RAF Scampton, prior to his retirement on 15th January 1962 as a Flight Lieutenant, retaining the rank of Squadron Leader.

He later went back into banking.  He spent a lot of his later life living in Boscombe, Bournemouth, Dorset and sadly died on 20th April 2003 whilst residing at the Chestnut Court Road Home, New Milton, Hampshire. His ashes were scattered in the Poole Crematorium and Cemetery but sadly his last resting place is not marked with any headstone or memorial plaque.