You are here: Home>History>Timeline of RAF Kenley>1931 - Outbreak of World War II>Gladiators Over Hove 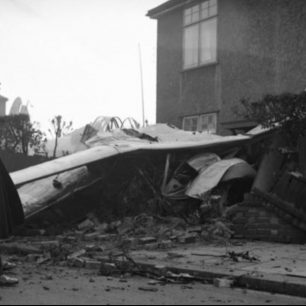 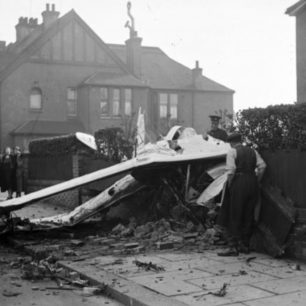 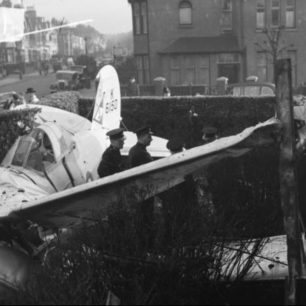 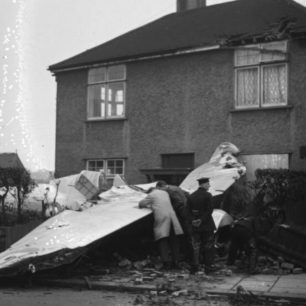 Sgt. Lomax had baled out safely before his Gladiator crashed.
Copyright unknown 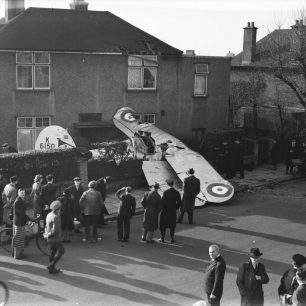 Bystanders at the crash site of Gloster Galdiator K6150, in Hove.
Copyright unknown 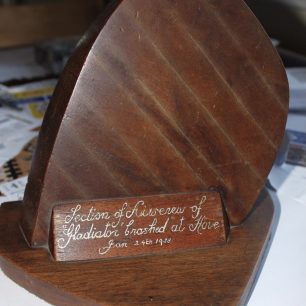 A section of the K6150's propeller, mounted as a souvenir of the event.
From the collection of David Underwood

On 24th January, 1938,  Sgt. Ernest Harry Lomax, of No.3 squadron, Kenley, bailed out of his Gloster Gladiator (K6150) when he got into a spin from which he couldn’t recover, while practicing aerobatics in a formation of four.

The plane crashed into the garden of a house on the corner of Lyndhurst Rd and Lyndhurst Corner, in Hove. Luckily, nobody was hurt and although the aircraft was completely destroyed, there was little damage to property, though Miss Joan O’Keefe, who resided in the house, was left in a state of shock. After an inspection by Air Ministry officials, the wreckage was removed by lorry, back to Kenley.

Lomax drifted down on his parachute, landing in Beaconsfield Rd, and was taken to Royal Sussex County Hospital, suffering from abrasions to his elbows and legs. Mr. C. E. Parker, a local shopkeeper, witnessed his descent:

“I saw him come down over the roof of the houses and hit the tram wires. Sparks flew in all directions, but he fell to the ground. I rushed out to where he was laying in the roadway in the midst of his parachute, and helped to unbuckle the chute. He seemed very dazed and bewildered, and asked where he was. When I told him he was at Brighton, he seemed very surprised. After I had given him some Brandy, he told me he had put his aircraft into a loop, but it had got into a spin and he could not right it.”

Sgt. Lomax was still serving with No.3 squadron, when he lost his life, aged 28, on the 11th March 1940, making a dummy attack on a Lysander, in Hurricane I L2123. He is remembered on our online memorial, here.