You are here: Home>History>Timeline of RAF Kenley>1931 - Outbreak of World War II>Sgt. Loxton 'drops in' on Forster Memorial Park, Catford! 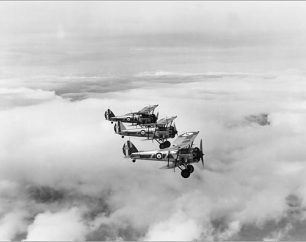 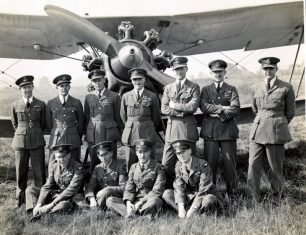 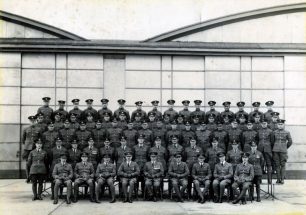 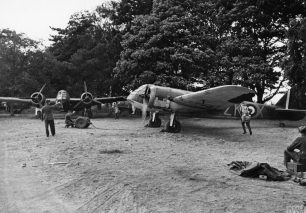 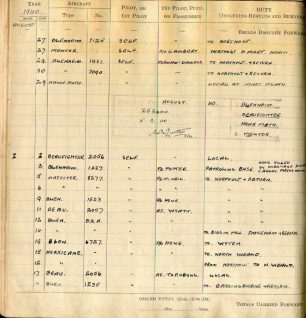 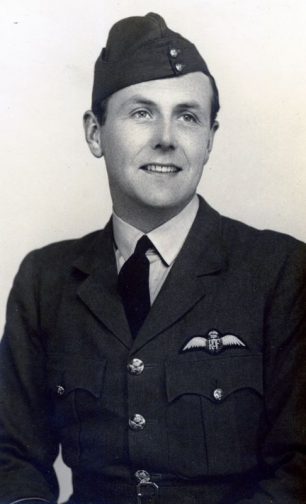 The 11th January, 1932, wasn’t a great day for Sergeant Pilot Wilfred William Loxton, of No.32 Squadron, RAF Kenley, though he appears to have escaped relatively unscathed from his forced landing at Forster Memorial Park, Catford. His aircraft, Bristol Bulldog IIM, K1622,  probably took the brunt of the damage, when it ploughed through a set of metal railings!

There is a photo of the crash here.

Wilfred William “Bill” Loxton had joined No.32 Squadron at Kenley, fresh from training,  in February, 1931. He had joined the RAF in early 1925, initially as an aircraft apprentice, and passed out as a rigger in December, 1927, before being accepted for pilot training, which he commenced at No.5 Flying Training School, Sealand, in April 1930.

Towards the end of 1932, No.32 Squadron moved to Biggin Hill while Kenley underwent a building programme intended to establish it as a purpose-built fighter station. Loxton remained with the Squadron and was granted a permanent commission in April 1935. He served with No.43 Squadron, Tangmere, 822 (Fleet Spotter Reconnaissance) Squadron, and as an instructor back at No.5 FTS before going to No.6 Operational Training Unit for a refresher/conversion course, in May 1940.

From there, he was posted as a supernumerary to No.151 Squadron, before taking command of No.25 Squadron at North Weald, on 23rd June, 1940. They were one of the pioneering squadrons of radar-guided night fighting but their Bristol Blenheims had also provided patrols to support the Dunkirk evacuation. However, nocturnal operations became increasingly vital as the Luftwaffe switched their focus to night raids. The aircrews of No.25 Squadron were entitled to the Battle of Britain clasp – a reminder that not all of “The Few” flew Spitfires and Hurricanes.

In daylight hours, on 3rd September, Loxton’s Blenheim was attacked in error by a Hurricane of No.46 Squadron, flown by F/Lt. A. C. Rabagliati. Luckily, nobody on board was injured, and ‘Bill’ managed to bring his damaged aircraft back to North Weald. Two other Blenheims were also mistaken for enemy aircraft and brought down by ‘friendly fire’ from the 46 Squadron Hurricanes over North Weald. One crashed at Greensted Green killing P/O D. W. Hogg. Happily, Sgt. E. Powell managed to bale out successfully. The other force-landed at Hatfield Heath – Pilot Officer Cassidy escaped unhurt.

On 24th September, 1940, Loxton was posted to No.15 FTS, Lossiemouth, as an instructor and then in November, he took his skills in flight training to No.33 FTS, Carbury, Canada.

Wilfred William Loxton, was awarded the AFC in 1945, and retired as a Wing Commander in 1957. He passed away in 1992 and is buried in Bere Regis churchyard, Dorset.