You are here: Home>History>Timeline of RAF Kenley>1931 - Outbreak of World War II>The Formation of No.615 (County of Surrey) Squadron

The Formation of No.615 (County of Surrey) Squadron 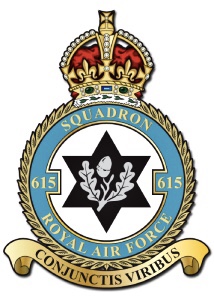 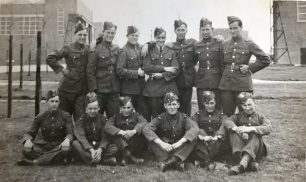 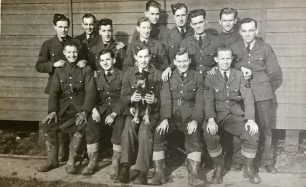 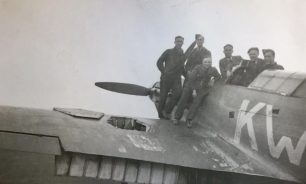 Of the many squadrons which served at RAF Kenley, No.615 County of Surrey, “Churchill’s own,” is probably the one most closely associated with the airfield.

There had been provision for an Air Force Reserve and an Auxiliary Air Force in the Air Force Constitution Act in 1917. However, a Bill was not drafted until 1922 and didn’t become law for another two years.

Initially, it was planned to raise six Auxiliary and seven Special Reserve squadrons eventually increasing the Auxiliary force to 20 units. They were intended to serve as a kind of territorial force, supporting the regular units of the RAF in time of war. The units of the Special Reserve were all numbered in the 500 range; the first one to be raised was No.502 in 1925. Auxiliary Units were numbered in the 600 range with No.602 being the first one, also in 1925.

Eventually 21 Special Reserve and Auxiliary units were formed, all eventually encompassed by the Auxiliary Air Force (which wasn’t dubbed “Royal” until 1947).

The formation of No.615 was approved on 1st June, 1937, in the build-up of auxiliary units prior to WW2. They would be based at RAF Kenley, alongside two regular RAF units – No.3 Squadron, who had been there since 1936 and No.17, in residence since 1934. In peacetime, squadrons tended to spend long periods at their “home” station, so the “weekend airmen” of No.615 had plenty of opportunity to mix with the regulars.

The men who served with the squadron were volunteers. Some joined because they saw war as inevitable and preferred to be be prepared for it, others who were “air-minded” joined for pleasure. Many of the ground crew came from the local area. A nucleus of regular NCOs and airmen maintained discipline and the training regime.

The first aeroplanes arrived in November – three Hawker Audax’s from RAF Hawkinge, later followed by a Hawker Hector and a Hawker Hart.

The requirement was for 35 officers and 165 airmen. Among the first candidates to be accepted for pilot training were:

“Joining up at Kenley I was interviewed by the C.O. Squadron Leader Harvey. We trained to march under Flight Sergeant R. Cowan, being taught to form fours, wheeling, standing at ease etc., while gaining experience to be a metal rigger. Our instructor was a regular, Flight Sergeant Mumford, who had served in the Fleet Air Arm.
“Our training was to a Halton Apprentice’s Course for Group 1 tradesmen of three years, crammed into eighteen months. Our first practice camp was Thorney Island -under canvas.
“Each Monday and Thursday, and weekends at Kenley, one weekday being compulsory with one weekend a month having to be spent on the Station. Looking back our regular Senior NCO’s and Corporals, who had probably served from 12 to 18 years in the RAF, were as great help in forming us all into airmen.”

On 12th February 1938, the squadron received a visit from Fighter Command’s Commander-In-Chief, Air Chief Marshal Sir Hugh Dowding GCVO KCB CMG on the occasion of the presentation of the Squadron’s crest – an oak sprig mounted on a six-pointed blue star. The motto was “Conjunctis Viribus” (By our united force).

No.615 Squadron served throughout WW2, and were stationed at Kenley during the Battle of  Britain before being sent overseas to India in 1942. They also saw action in Burma. Post-war the squadron was re-formed in July 1946 and called up during the Korean War. No.615 was finally disbanded at Biggin Hill on 10th March, 1957.