You are here: Home>History>Timeline of RAF Kenley>1917-1930>The Banker, the Bomber Pilot, and the Crash that caused Questions in the House of Commons

The Banker, the Bomber Pilot, and the Crash that caused Questions in the House of Commons 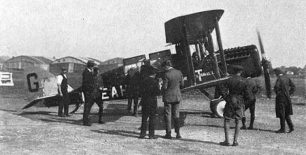 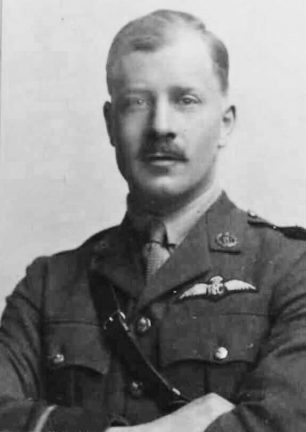 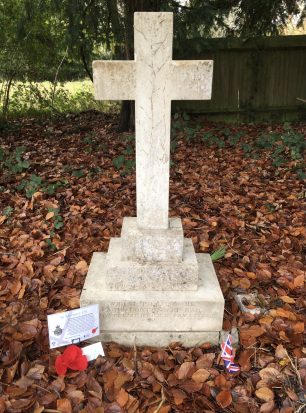 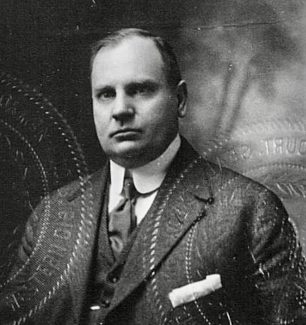 On 11th December, 1919, an Airco DH.4A, owned and operated by ‘Air Transport and Travel Ltd.’ crashed in an open field near the Guards’ Depot at Caterham.

The passenger on board was George Franklin Rand, a 52 year old American banker,  who died as a result of a brain injury caused by a sharp part of the aircraft penetrating the orbit of his eye. The pilot, Lt. Stanley Blackall Bradley, survived the crash but suffered multiple fractures and shock. He never spoke coherently again and succumbed to his injuries at 6am, 13th December, in Croydon Hospital.

The aircraft was en route from Paris-Le Bourget to Hounslow Heath. Bradley, an experienced pilot with over 1000 hours flying time, was flying beneath the cloud base when he struck a tree on a hill near Caterham. It was thought that he was trying to land at Kenley or pinpoint his position. Visibility was poor that day – only about 120 yards on the ground at Kenley.

The wreckage of the aeroplane was lying in a field bordered by trees and about 75 yards from a corner tree, off which the top branches were broken. This tree was very much higher than the others.

The starboard planes were completely crushed and bore evidence of having struck the tree, but the port planes were intact and only slightly damaged at the tips. The fuselage was shattered as far back as the passenger’s cabin, and the starboard tail plane and elevator partly broken.

Bradley’s aircraft was an ex-military DH.4A – F2699, which had received the civil registration G-EAHF, on the 18th July, 1919. It first flew on 23rd July, 1919, and had a total flying time of 107 hours by the time it crashed. It was one of several operated by Air Transport and Travel Ltd. They went into business in 1916 and, after the Great War was over, began to blaze a trail in commercial air transport. In August 1919, they became the first airline to operate a regular international flight when they commenced a service between London (Hounslow) and Paris. Then, on 10th November G-EAHF had carried the first international air mail to Paris, less than a month before it crashed at Caterham.  In February 1921, they ceased operating, as a protest against the subsidies received by French airlines, because British airlines received nothing.

Lieutenant Stanley Blackall Bradley was the fourth son of the Revd. Walter Bradley late vicar of Birchfield, Birmingham. He had been privately educated at Cranleigh and then trained for four years in the Crewe works of the London and North-Western Railway Co. He entered Caius College, Cambridge to study engineering and went on to work for George Craddock and Co., who manufactured wire rope. He was employed by them in India when he fell 60ft from the window of his hotel. His injuries left him with a slight limp, which delayed his entry into the Air Service when war broke out. Eventually he fulfilled his ambition and became a first rate pilot, joining No.110 ‘Hyderabad’ squadron on their long distance bombing raids into Germany. (They had been based at Kenley between June and September 1918).

After the War, he was invited to join Air Transport and Travel Ltd. and represented them on a trip to Brazil, but he longed to return to flying and was delighted when he became one of the pilots chosen to fly the route between London and Paris.

He was 32 years old when he died of his injuries on 13th December, 1919, and was living at 10 Acacia Place, Finchley Road, London

Stanley is buried just to the right of Airmen’s Corner in St. Luke’s churchyard, Whyteleafe. I think he may be the first airman to be buried at St. Luke’s.

George Franklin Rand, Bradley’s passenger on 11th December 1919, was President of the Marine Trust Company in Buffalo, New York. His career in finance had begun when, at 16 years old, he became assistant cashier at the State Bank of North Tonawanda, where his older brother worked. By his early twenties, he had established a private bank, the Banking House of George F. Rand, with capital of $50,000! Rand became a dominant figure in Buffalo’s banking fraternity, becoming President of a succession of Banks and making himself a large fortune on the way. He was also deeply religious and philanthropic in his outlook. During the Great War his patriotic zeal led him to equip an entire regiment of the U.S. Army at his own expense.

In 1919, George Rand made a journey to Europe and visited the battlefield of Verdun where he saw the ‘graves’ of a section of the 137th Regiment of the French Infantry. Having received orders to attack, they were standing in their trenches with bayonets fixed, when a German bombardment had caved the trench in, filling it up till it was level with the surrounding ground, so that only their bayonets were visible, sticking out of the earth at irregular intervals. Rand was profoundly moved by the sight and came up with the idea of preserving it as a memorial to the heroism of the French at Verdun. Together with the American Ambassador, he approached M. Georges Clemenceau, the French Prime Minister, with an offer of half a million francs to put the idea into practice, which Clemenceau promptly accepted on behalf of the French government.

The following day, Rand set off on his fatal flight to London.

One week after the crash, on the 18th December, 1919, in the House of Commons, Sir Stuart Coates, Member of Parliament for East Surrey, asked the Under-Secretary of State to the Air Ministry whether:

In view of the danger to aviators landing at the Kenley Aerodrome on account of its exceptional altitude and liability to be enveloped in clouds and fog, as instanced by the recent fatal accident near Caterham, and also in view of the annoyance caused to the residents of the district by the noise of arriving and departing aeroplanes, he will consider the permanent abandonment of the site and the restoration of the common, so far as may be possible, to its original condition?

The situation of this aerodrome, on which a large amount of money has been spent, renders it of great importance in connection with the Air Defences of London, and it is considered desirable that it should, therefore, be retained as a permanent station by the Royal Air Force. The advantages and disadvantages of the prevailing atmospheric conditions at Kenley were fully considered at the time when this decision was taken.

The crash which Sir Stuart Coates referred to, was presumably the dH.4a which crashed killing Pilot Lt Stanley Blackall Bradley and his passenger, the previous week.

It took two further years of negotiations for the RAF to secure their position at Kenley, using the Defence of the Realm Act.