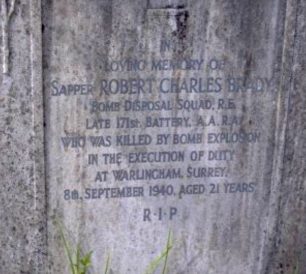 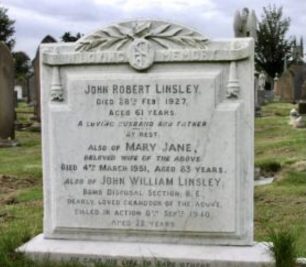 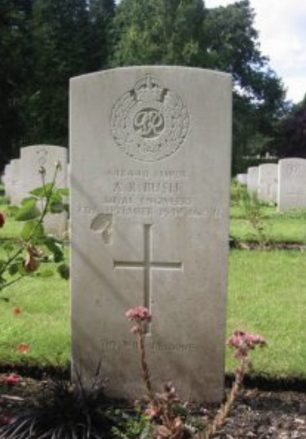 At a time when everyone faced mortal danger, the vital task of dealing with unexploded bombs stands out as one of outstanding risk and danger. Sadly, the exploits of those brave men were sometimes left unrecorded, and this seems to be the case for a terrible tragedy that took place in Whyteleafe – the only description of the incident comes from a child’s diary!

Maurice Allward, whose family home in 1940 was No.32 Court Bushes Rd, later described the incident in more detail:

“For the second time within three weeks an unexploded bomb had dropped unpleasantly close, and only the occupants of the houses were allowed into the road.

“The bomb lay in its crater for two days and, at 7.00pm the second evening, I was reading quietly in our lounge. Suddenly the quiet was broken by a shattering detonation and I was thrown out of my chair into the floor. My younger brother, who was having a bath, rushed downstairs, completely naked.


“At first I thought it was an air raid, but as I could not hear aircraft I guessed it was ‘our time bomb’.

“Going outside, I saw a ‘horrible pillar of black smoke’ rising into the sky. Apparently the bomb had gone off just as it was being raised to the surface by two men of the Royal Engineers. As I watched the smoke, tiny pieces of uniform – and worse – floated down around our home like flakes of snow. Everybody was deeply touched by the tragedy, as the deaths were the first in our road.”

With the assistance of Peter Markham, of The Royal Engineers Association Bomb Disposal Branch, we tried to piece together what happened, firstly by looking for Royal Engineers who died on 8th September, 1940. The inscription on one grave marker stood out:

Sapper Brady served with 97 Bomb Disposal Section, Royal Engineers and there are three further casualties from that section for 8th September, 1940. Chris Ranstead links these four deaths to one incident in his book, ‘Bomb Disposal and the British Casualties of WW2’ but wasn’t able to establish where or how they died, which isn’t unusual for the Royal Engineers. It seems that, sadly, Maurice Allward may have underestimated the number of men killed in the explosion.

The four young men were:

Son of Harry and Kate Elizabeth Bush of Norwich Died on the 8th September 1940. Aged 21. Buried at Brookwood Military Cemetery, Surrey. Grave 5 B 9.

Peter Markham was able to give us more information:

The date of the incident September 1940 is pre the re-organisation of Bomb Disposal into Groups, Companies and Sections and I cannot find a War Diary for this Section for this period, which is not unusual.

Surrey would have come under 2 Group, made up of 12, 17 and 20 Companies covering South East England. 12 was based at Horsham so 97 Section would have then come under them from October.

A section at this time would be made up of an Officer and a Sergeant plus 14 other ranks. Within the 14 other ranks would be, at a minimum, a Corporal and a Lance Corporal.

My opinion is that the Section was probably split into two dealing with two tasks. One team would probably be made up of the Officer, Lance Corporal and 6 Sappers. The other being made up of the Sergeant, Corporal and 6 Sappers. The fatalities would mean two Sappers either injured or escaped injury. The probability of all the Section being on one task doesn’t seem to fit, as they were bringing the bomb to the surface and that wouldn’t require a full Section.

In September 1940, there was hardly any equipment to deal with fuzes. Often it was a case of a hammer and chisel used to get the fuze out. Also very little information as to how the fuzes worked. As this bomb exploded whilst being raised to the surface it indicates that the fuze was still in place. Location was probably not a Category A, so I would say that they couldn’t get the fuze out, but due to properties nearby couldn’t blow it up where it was. In these cases they would move it to an area where it was isolated and blown up there. The fuze might have been a delayed action and run its time limit and exploded or faulty and possibly knocked when being moved setting it off.

Many thanks to Peter Markham, The Royal Engineers Association Bomb Disposal Branch and Colin Lee.

We have made reasonable efforts to establish copyright for Maurice Allward’s recollections, published in ‘The Battle of Britain’ edited by John W. R. Taylor and Kenneth Munson. We have been in touch with Hodder and Stoughton, Ian Allan Publishing Ltd. and Crecy Publishing Ltd, to no avail.