You are here: Home>History>Local Places and Incidents>The Troubled Ace Who Failed to Find Peace

The Troubled Ace Who Failed to Find Peace 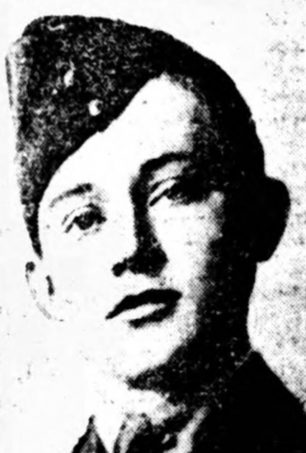 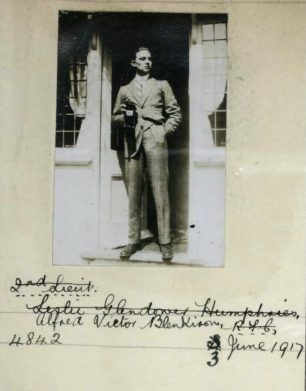 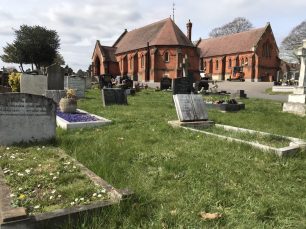 On the night of 18th/19th March, 1920, behind the locked door of his room in the Ashdown Park Hotel, Coulsdon, war hero, Captain Alfred Victor Blenkiron MC, ended his extraordinary but troubled life amid the strains of a failed marriage to a beautiful actress, financial worries and shattered nerves.

It has been quite difficult to piece together Blenkiron’s story. He did a great deal in his short life, travelling extensively and the various stories in the Press contradict each other on some details – hardly surprising when he used aliases and seems to have got mixed up with card sharps and drug use during peacetime. Initially, press reports implied that his suspicious death was linked in some way to RAF Kenley, but those concerns seem to have evaporated as Blenkiron’s troubles were laid bare in the newspapers.

Alfred Blenkiron (known as ‘Tony’), was born on 4th July, 1896, in Birmingham, the third son of Duncan S. Blenkiron, a commercial traveller and  auctioneer,  and Ada Phelps, a milliner, who had married in 1892, at Pontypridd, Glamorgan. The marriage wasn’t a happy one, and Ada divorced Duncan in 1903 – in her petition, Duncan’s adultery was a mere footnote to a long history of cruelty and violence. Ada remarried to Sutherland Fraser Harris in 1905, and he became step-father to her four boys, all of whom fought in the Great War.

Alfred was educated at Merchant Taylor’s School from September, 1905. He left in 1907, together with his two older brothers – Duncan and Harold. He was later described as a happy, jolly boy, devoted to his family and beloved by them. In July the same year, he set off for Australia with £50 given to him by a friend, and went into partnership in a  dairy farm with a man called Jack Burns.

Blenkiron was keen to join the army when war broke out, and is said to have enlisted, in September 1914, as a Private in the Australian Forces, possibly the 8th Light Horse. Press reports from the time of Blenkiron’s death say he was discharged as unfit a few weeks later, but the New South Wales Police Gazette, December 23rd 1914, records that Blenkiron, going under the assumed name of G. Harris, had been arrested for forging a voucher for the payment of money and obtaining goods, including a rifle, under false pretences. He was sentenced to one month’s hard labour.

Unsurprisingly, he sold his interest in the dairy business for £40, and headed home to England where he joined the Royal Fusiliers in February 1915, only to be discharged yet again, a month later.

Having been advised that his health would be improved by a long sea voyage, Tony embarked on a trip to Bombay, but returned by the same ship and this time succeeded in obtaining a commission as a Temporary Lieutenant with the Somerset Light Infantry (9th Reserve Battalion) in October, 1915, before transferring to the Royal Flying Corps in February the following year.

And this was where Blenkiron really came into his own – flying as an observer/gunner in an FE.2b pusher bi-plane, over the Western Front, with No.25 Squadron, from 3rd February, 1916.

‘The Western Times,’ (12/6/1919) reported that on one occasion, Blenkiron had to climb down a rope at 10,000ft, while under attack, to free the bomb-releasing apparatus beneath his aircraft, before climbing back in and completing the mission. If true, this probably  happened during his time on FE2b’s.

His first success came at 11.30am on 23rd January, 1917, as gunner to Lt. B. Mews, when he destroyed a Halberstadt D.II, east of Lens. Less than a week later on 29th, flying with 2nd Lieutenant W. Shirtcliffe, he sent an Albatross D.II down in flames, despite being wounded himself, an action which was rewarded with the Military Cross:

For conspicuous gallantry in action. Although wounded he fired his machine-gun with great skill and brought down an enemy machine, thereby enabling his pilot to bring his machine safely home. On another occasion, he displayed great courage when observing on patrol, and brought down a hostile machine.

Having recovered from his wound, Blenkiron trained as a pilot, obtaining his Royal Aero Club certificate at the Military School, Gosport, on on 3rd June, 1917, flying a Maurice Farman bi-plane and giving his address as 112 Cromwell Rd, London.

A month later, on 5th July, he was arrested in Selsey for being absent without leave. He was accompanied to court by ‘a lady’ and pleaded his innocence, saying that he had tried to get leave to see his sick Father, in Selsey.

Despite this hiccup, Blenkiron was promoted to Flying Officer on 10th November, 1917, and joined No.56 Squadron on 3rd December, flying the Royal Aircraft Factory SE5a. Tony’s first success as a pilot came shortly after – he drove down an Albatross D.V. at Bourlon Wood on the morning of the 15th. His second victory came on 25th January, 1918, when he drove down a German two-seater, south-west of Cambrai.

On 4th May, 1918, Blenkiron was declared unfit for General service, but fit for Home service with flying. It seems that this led to a transfer back to England and the newly-formed 151 Squadron, on 15th June, but he soon found himself back in France with his new unit, this time in the cockpit of a Sopwith Camel. On 14th August, he forced down a Friedrichshafen G.III (G.875/17), of Bogohl 3, which was captured at Bapaume.

A newspaper report also tells a tale of an incident over the Channel where Blenkiron climbed to 18,000ft to escape a thunderstorm but was struck by lightning and came down in the sea of Cap GrisNez. He managed to swim ashore but was battered against rocks and badly injured. It isn’t clear exactly when this happened or what unit Tony was serving with at the time.

On 25th September, Tony was declared unfit for four weeks. A short period instructing at No.40 Training School (Croydon) followed, but he was admitted to The Royal Flying Corps hospital at Eaton Square on 7th November. Blenkiron relinquished his commission on account of ill health in February 1919, but peacetime only brought him problems of a different kind.

On 1st January, 1919, he was fined in Brighton for giving false information on a registration form and aiding in the unlawful use of petrol.

Later that month, he married Margot Amand (or Lapthorne) at St. Martin’s, London, using his winnings from a horse race. She was an actress and mannequin, with a ‘West End establishment,’ and toured Canada after Tony’s death. Later, she claimed that he had turned her out of their flat on numerous occasions because he was sick of her and she had  sought refuge with friends. After their marriage broke down, he obsessively wrote letters and verses to “My angel wife, Margot,” but many of them were never sent.

On 20th February, 1919, Blenkiron was declared bankrupt after losing upwards of £1000 gambling and resorting to a money lender. A glimmer of hope came when he obtained work with a well-known aviation firm but he didn’t manage to hold down the job for long. His only source of income seems to have been as a ‘professional dancer’ in a West End Club he frequented.

In March, Blenkiron obtained credit of £155 in Torquay without disclosing that he was an undischarged bankrupt, and a few weeks later obtained credit of more than £26 from the Torbay Hotel Company. These two offences led to his arrest in Eastbourne. He was bailed in court on 26th May, after his Mother testified that he had been in an Air Force Nursing Home and the judge bound him over to come up for judgement if called upon, on condition that he would return to the Nursing Home and submit to any medical advice that would restore him to full health.

Strangely, it seems that Blenkiron didn’t follow the judge’s advice and may have left the country for a while – he appears on the passenger list of the U.S. Elmina arriving in Liverpool on 19th November, 1919, having boarded the ship in Sierra Leone!

Three weeks before his death, he saw his beloved Margot for the last time. He didn’t ask her to return to him but hoped that she would see him occasionally for lunch. However, Margot thought it was useless to go on like that.

On 18th March, Blenkiron checked into the Ashdown Park Hotel, telling the hotelier that he would be staying for three months and giving his address as the RAF Club, Picadilly.  He retired to his room early and ordered a coffee, which was brought to him at 8.30pm by John Lincoln, the last person to see him alive. Blenkiron seemed cheerful that evening and requested his breakfast for 9am. However, there was no answer when the chambermaid knocked the following morning, so she called the manager, and the gardener put a ladder against the window of Blenkiron’s room and saw him motionless in the bed, laying on his side. The police were called and forced the locked door which had also been jammed shut with a chair. They found the young officer dead – in the room was a bottle and a small silver box which turned out to contain cocaine, though this wasn’t the cause of his death.

He had written many poetic letters of farewell and his landlady, Mrs. R. Creed of Oakley Square, London, found a will in a notebook when she made his bed after he left.

Unbeknownst to Tony, there was a warrant out for his arrest at the time of his death, on account of bad cheques he had written in the name of Fraser Harris, (a name very similar to his Step-Father’s), in the Croydon area.

Rest in peace Tony and thank you for your service.