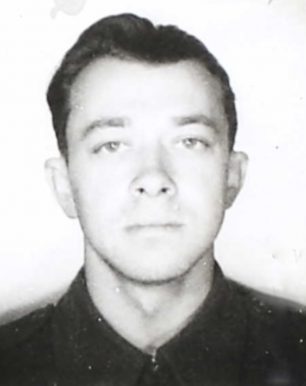 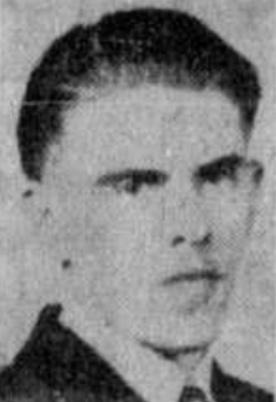 At 9.16am, on 28th June, 1944, four members of the Survey Party, 4th Medium Regt, Royal Canadian Artillery, were lying down near their jeep behind their billet at 22 Matlock Rd, Caterham on the Hill, when an enemy air raid swept overhead, without warning, scoring a direct hit on the jeep and destroying the house.

Gunners Tremblay and Poudrier were killed instantly. Gunner Plante found Gunners Sullivan and French grievously injured but still alive. Sadly, French didn’t make it to the hospital. Sullivan, groaning, was carried to an ambulance on a door and taken to St. Lawrence’s Hospital, Caterham, where he succumbed to his injuries at around 11am. The cause of death was a large depressed fracture of the skull – it was surmised that he had probably been hit by part of the jeep as it exploded.

The four soldiers were buried next to each other at Brookwood Military Cemetery, near Woking.

GUNNER FRANK HOWE FRENCH was 24 years old, the son of J. Barnard French and Christine Howe French, of Bristol, Rhode Island, U.S.A. He was working as an office clerk when he enlisted in Montreal, and wanted to become a teacher.

BOMBARDIER FERNAND POUDRIER was 25 years old, the son of Gedeon Poudrier, who died in 1936, and Dorilla Poudrier, of Victoriaville, Quebec. He had three brothers (one of whom was a P.O.W. at the time of Fernand’s death) and four sisters. Before enlisting, he had worked as a school teacher.

GUNNER JOSEPH ALBERT EARL SULLIVAN was 26 years old, the son of John and Marie-Louise Sullivan of Verdun, Quebec. He had 5 brothers and three sisters and had aspired to becoming a surveyor after the war.

GUNNER GEORGES HENRI TREMBLAY was the son of William Tremblay and Laetitia Gobeil. He had married Aurore Lepine in 1938. The couple had two sons.

In addition to the Canadian soldiers, two civilians were also killed:

PHYLLIS MAUD CROCKER was the wife of Lionel Douglas Crocker and the daughter of Mrs. Miller of No.3 Shering Mill Road, Sawbridgeworth, Herts. She was 29 years old and died at No.24 Matlock Road.

May they all rest in peace.