You are here: Home>History>Timeline of RAF Kenley>1917-present>Memories of Howard Aylett 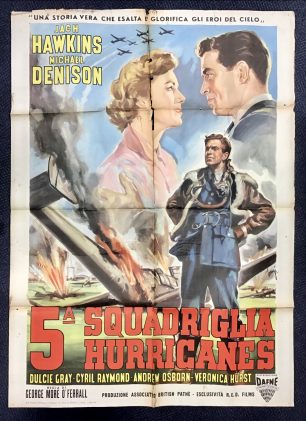 An Italian poster for the film "Angels One Five."
Linda Duffield

In the early 50’s I was an Air Cadet in the ATC 97th Sqn Mitcham Road Barracks and it was from Kenley that I took my very first flight in a Avro Anson.

Kenley Airport was the place where the ATC annual district band competitions were held on the parade square. Because of our close association with Kenley and knowing that the film ‘Angels One Five’ was made there, our Squadron band was asked to perform on stage at the Savoy Cinema Croydon, prior to the film being shown for first time. Our Squadron also provided a Guard of Honour on that occasion for the then Mayor who attended the event. Such happy days!

Thank you Howard for sharing your memories.