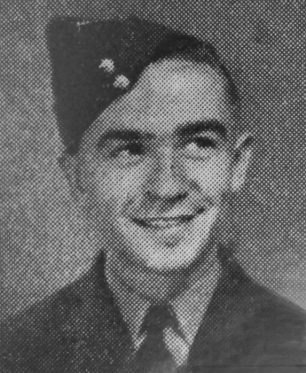 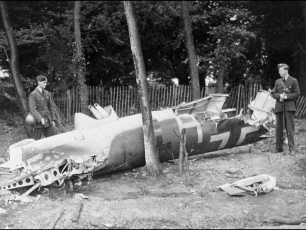 The wreckage of Dornier Do.17z-2 (F1+HT), after it was brought down by Kenley's Parachute and Cable system, crashing at 'Sunnycroft' on Golf Rd, with the loss of all on board.
©IWMHU70268 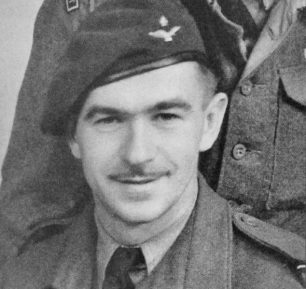 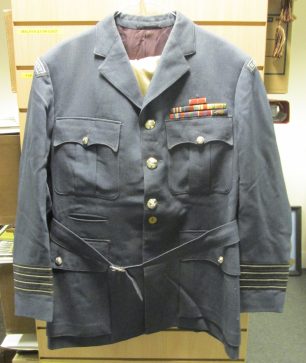 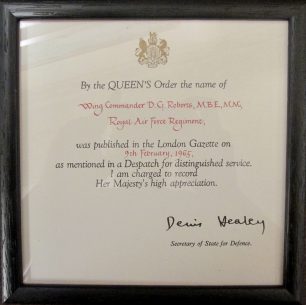 Following the successful use of the Parachute and Cable (PAC) system at RAF Kenley on 18 August 1940, the two operators received plaudits from the station commander, Wing Commander W. B. Prickman. In a letter on 21st August, to Headquarters Fighter Command, he wrote:

It is desired to record the excellent judgement and devotion to duty displayed by A.C Knowles and A.C. Roberts who were responsible for operating the lines in question.

Despite this commendation, it seems that only AC2 David Glyndwr Roberts received official recognition for his actions when he was awarded the Military Medal on 5 November 1940.
The citation reads:

During an air raid on an aerodrome, Aircraftman 2nd Class Roberts was in charge of a unit of the ground defences and, although under heavy fire, succeeded in destroying one enemy aircraft and damaging another.

However, he was made to wait before receiving his medal. It was not until 26 June 1945 that he received the medal from King George VI at Buckingham Palace. The Military Medal was originally instituted in 1916 for bravery in battle on land, for personnel below commissioned rank. It was not until 1993 that it was replaced when the Military Cross was extended to all ranks.

David Glyndwyr Roberts was born 2nd April, 1919, in Tonyrefail, Glamorganshire. He worked as a window dresser before enlisting in the RAFVR as an AC2 Aircrafthand/General Duties, in February 1940.

After August 1940, Roberts had a successful career with the RAF, joining the newly formed RAF Regiment in August 1942 when his ground defence unit was absorbed into it. He saw action against the Afrika Corps in the Western Desert. He was commissioned as a Pilot Officer on 7 August 1943 going on to serve on postings to Cyprus and Amman. It was while at Amman that he took part in secret operation into northern Syria.

Returning to Britain in 1944, he assumed command of the RAF Depot at Belton Park near Grantham in Lincolnshire. The role of the station was to train RAF Regiment personnel in airfield defence. In 1946, Roberts was sent to the Far East and tasked with the formation of the RAF Regiment (Malaya), comprising British and Malaysian troops. The new regiment was heavily involved in the Malayan Emergency, where Roberts commanded 93 Squadron of the Regiment, and won numerous awards for gallantry.

Between 1953 and 1955, Roberts was an instructor at RAF College Cranwell where he was described as “fearless”. Whilst at Cranwell he was awarded an MBE on 31 December 1954.

He then moved on to command 20 (Field) Wing RAF Regiment in Aden, where he was responsible for internal security in Aden, East Africa and Somaliland. Following this he took command of 3 Wing RAF Regiment in Cyprus being heavily involved in the Eoka campaign and was Mentioned in Despatches on 9 February 1965.

Group Captain Roberts was appointed Aide-de-Camp to the Queen on 29 May 1970. He retired from the service in 1971 and passed away in May 2001. The RAF Regiment recognises him as a legendary figure in the organisation.

More about the low-level raid by the 9th Staffel, Kg76, here.

Sources:
RAF Regiment Heritage Centre
The National Archives, Kew
The London Gazette
Many thanks to Colin Lee and Ivan Nunn.