Squadron Swapovers - 615 and 253 during the Battle of Britain 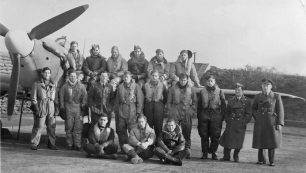 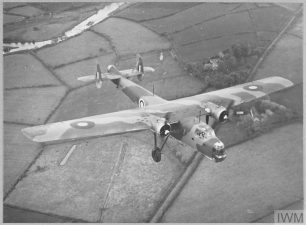 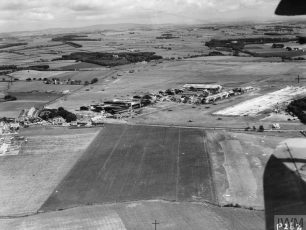 ROYAL AIR FORCE FLYING TRAINING COMMAND, 1940-1945. (HU 60596A) Oblique aerial view of Prestwick airfield from the west, showing the northern section of the airfield, including the Scottish Aviation Ltd complex, and the threshhold of the 6,600 ft x 300 ft concrete main runway (14/32) under construction (extreme right). Immediately to the left of the runway can be seen the remains of the Scottish Flying Training School buildings.
IWM Online Collection (IWM HU 60596A)

Accounts of the Battle of Britain talk of squadrons being “relieved” or “replaced” by another from elsewhere, but was it simply a case of “A” replacing “B” on the same day and carrying on as normal?

The experience of Kenley’s two original Battle of Britain squadrons shows it could be quite different and their diaries reveal there was a lot more involved than is often recounted. In both instances, the notification of the respective squadron move appears only to have been given on the morning of the event.

64 Squadron had arrived at Kenley on 16 May 1940, seeing continual operations until their replacement by 616 Squadron, from the 12 Group station at Leconfield, on 19 August. The respective squadron diaries reflect the situation each found themselves in at the time. The 64 Squadron diary merely states, “Squadron moved to Leconfield”. Given the experiences of the previous day, when Kenley had suffered its most devastating air raid,  this is hardly surprising. In comparison, the 616 Squadron diary notes “06.30: Squadron released for move to Kenley” adding that 14 aircraft had taken off between “12.40 – 14.10: “Squadron proceeding to Kenley. Believed 64 Squadron who flew back to Leconfield”, seemingly a simple and straightforward squadron handover.

However, the experiences of 615 and 253 in their swap later in the month were somewhat different.

253 Squadron were stationed at Prestwick and Turnhouse in 13 Group, responsible for guarding the Firth of Clyde, so the distances involved were somewhat greater and would require greater co-ordination.  On 29 August, the 615 Squadron Diary notes “Signal received moving our pilots and aircraft to Prestwick, Scotland also 32 airmen by air. The remainder of the squadron to remain at Kenley to look after 253 Squadron who are replacing us”, the 253 Squadron diary is almost a repeat of this.

Due to the losses in aircrew suffered in the fighting, 615 Squadron had had to leave some of its aircraft behind. These were collected the following day, when Squadron Leader Kayll with 6 pilots returned to collect them. The remaining selected ground crew headed north in the aircraft bringing the pilots to Kenley.

By the end of August, there were two squadrons split between three bases each operating pooled personnel.

253 Squadron finally completed their move to Kenley on 16 September when the Squadron HQ, with the remainder of “A” and “B” Flights, made the journey from Prestwick and the Maintenance Flight arrived from Grangemouth. Whilst the bulk of the remaining 615 Squadron personnel made the journey to Prestwick, by coach and train, on the same day the squadron was not fully reunited until 20 September when the party responsible for the squadron stores and equipment finally arrived.