You are here: Home>History>Timeline of RAF Kenley>Battle of Britain>18 August 1940 - A German Perspective

Unteroffizier Guenther Unger's Dornier can be seen level with the horizon in this photo taken soon after crossing the coast with Seaford in the background.
Rolf Von Pebal, Bundesarchiv 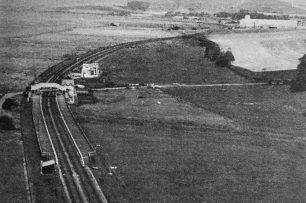 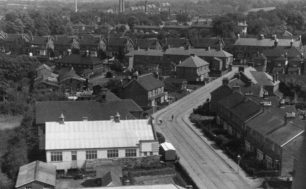 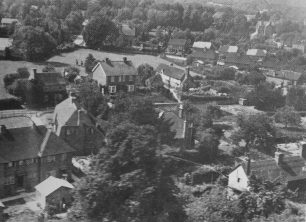 Hedge-hopping over Balcombe - the Balcombe to Hayward's Heath Rd running left to right across the photo.
Rolf Von Pebal, Bundesarchiv 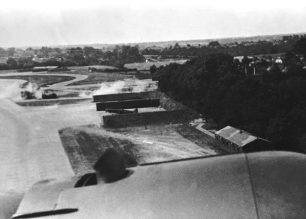 One of Kenley's blast pens with a 64 Squadron Spitfire. The dust clouds in the background was pribably caused by the gunner in Unger's Dornier.
Rolf Von Pebal, Bundesarchiv 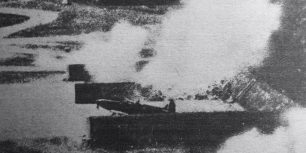 On 18th August, 1940, the 4th War Reporter Detachment of the Luftwaffe despatched eight reporters and cameramen to fly with the two Bomber Geschwaders detailed to destroy the RAF’s Fighter Command airfields in the south-east. Two were to fly with the 9th Staffel for their low-level raid on RAF Kenley: war reporter Georg Hinze and photographer Rolf Von Pebal.


This is Rolf Von Pebal’s personal account and photographs of the raid, taken from the Dornier Do.17 flown by Feldwebel Reichel, 9th Staffel/KG76.

On the early morning of 18 August 1940 we drove to the airfield in preparation for a low-level mission against England. Gradually our friends and comrades arrived. There is great tension. After a departure delay of one hour we took off. Oddly, each of us has the uncertain feeling that today not everything will go smoothly.

At 13:20 we took off, all nine aircraft of the 9th squadron. The tactic is as follows: The Ju88s of the 2nd group will lead with a dive-bombing attack, then the Do’s (Dorniers) of the 8th Staffel will drop their bombs. We are to conduct a low-level attack against the target. The entire operation is to take place under a strong fighter escort. We cross the coast and descend low over the Channel and keep watch for fighters. Haze lies over the water, droplets stream from the cockpit windows. Soon the quiet will end. We see the coast shimmering through the fog, ascend a few meters higher and then the English coast becomes clearly visible and very close. I photograph what I can. 600 meters to the left are two early warning boats which we leave alone. They signal us and when we don’t reply we assume they are sending a radio report notifying their flak batteries of uninvited guests. We are already over steep cliffs. Now it can begin.

We are buzzing along at 300 kilometres per hour at an altitude of five meters over English countryside. Every terrain elevation provides us with cover, every forest is used as concealment. We leap over trees, it is a continuous movement up and down movement. I see no flak emplacements. An express train passes under us and is gone, a pair riding bicycles takes cover in a ditch as if they were in basic training. Over parking areas, mansions, and castles, over factories and soot-darkened workers’ houses we race past. Those that see the Balkan Cross on our wings are gripped by panic. Slowly we lose our section leader, the formation is disintegrating. There…..an airfield.

The last fighter has lifted off the ground and now the English are flying a wide curve to come up behind us… …as our bombs land and explode. A Spitfire hangs on the aircraft to our right and will not be shaken off. I watch as the tracers are exchanged between the two aircraft. Our radioman fires. A fighter closes from behind – my photography long forgotten. The fighter grows larger while the radioman exchanges one ammunition drum after another. I see the flashes of light from the Englishman’s wing. They are his cannons and machine guns. In our aircraft the noise is powerful. My foot receives an insane blow. I am convinced that I have been hit. I discover a hole in my boot and continue shooting. There, he is hit. A lucky shot took care of the fighter and suddenly he crashes into a wood. Already he has disappeared from our eyes.

I watch as our radioman gasps, puts on a steel helmet with shaking hands and fits another ammunition drum on the machine gun. Suddenly a loud noise drowns out the sound of the engines and shatters the canopy. Immediately I think of a flak hit. As I look to the rear I see a leafless and half torn tree disappear from view in a hollow. In the middle of England we have scraped a tree. Beneath us are houses, a collection of mansions before London. Two more times we must defend against fighters. We have long since departed on the way home. We notice, that something is wrong with the aircraft. Often the observer up front shoots at flak positions. Several seconds later we are past. Now the radio operator fires to the rear as the target quickly passes by.

Finally, we are at the coast. The fighters are gone and we see nothing of our comrades. Barely are we over water when the left engine begins to fail and then stops. The oil tank has been hit and its contents have run out. We sweat blood. Slowly the aircraft drags itself onward. With one engine it pulls to the side. One looks at the others’ eyes to read their thoughts. The steel helmet bites into our necks, the hair clings to our foreheads, our blood races, the sweat is running in streams over our faces and dripping from our chins.

We still have not crossed halfway over the Channel. Anything, as long as it doesn’t mean ditching in the pond. None of us have the desire or strength to paddle now. The coast is 30 minutes away. Will we make it 20 minutes with one engine? We try to start the second engine but the cylinders are frozen. The remaining engine pulls horrendously to one side. The pilot must use his entire weight to offset the drag. We are prepared to use the rubber boat. It is clear to everyone that the likelihood of escaping the aircraft before it sinks is more than slim. Everyone is stressed. The aircraft climbs a little, slowly, then drops again. Thankfully the coast is near. We crab to one side, the tail drops and we gain a bit of altitude.

There is high ground to our front. Our pilot decides to try flying over it. We barely make it and then are over a plateau.

Near Abbeville our Feldwebel pilot experiences an arm cramp. A place for an emergency landing is sought. We think we have found one. I put on the steel helmet, now a crash-helmet and press my head against the bulkhead and hold fast with legs and arms. The landing gear is not lowered; only a belly landing can save us. The tension mounts, I hear the grain brushing against the aircraft, or is it only the wind rushing around the stopped engines? A loud noise. I close my eyes. Is that all? Now a feeling of floating on the air, then a stupendous noise, a grinding and rending all around me. I am gripped by a massive fist and pulled forward and down. In the same moment smoke is in the aircraft and a dust cloud makes breathing impossible. For a moment all is quiet, then everyone moves to exit the aircraft. The escape hatch is stuck. If only the aircraft does not begin to burn. Three of us press against the roof of the aircraft. With a loud roar the hatch gives way. Now we are outside, our small flight engineer has injured both knees, but the fantastic flight has finally ended.

For more information: The Aircrew Remembrance Society has information and research available on its website.
Sources: The Hardest Day by Alfred Price.
RAF Kenley by Peter Flint