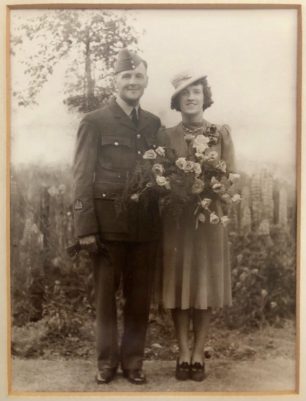 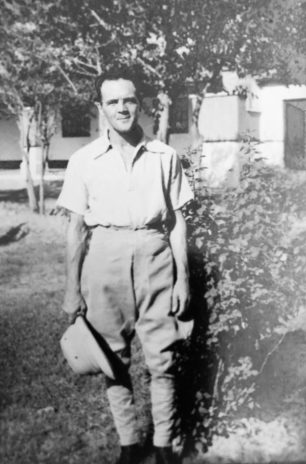 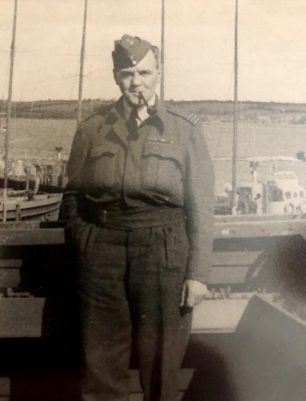 It is tempting to think that there is nothing more to learn about the devastating raid inflicted on RAF Kenley on 18th August, 1940, especially after the exhaustive research by Dr. Alfred Price, for his book entitled ‘The Hardest Day,’ – undoubtedly the definitive account of the day’s events and their consequences.

However, somehow one of the heroes of the day at Kenley has been overlooked, a Warrant Officer who was honoured for bomb disposal work which was pivotal in keeping Kenley operational during this vital stage of the Battle of Britain.

That man was Edward George Alford. He was one of the earliest recipients of the George Medal – the citation for his award appeared in the London Gazette on 21st January, 1941:

This warrant officer has displayed great gallantry and skill in disposing of a large number of unexploded bombs, never hesitating to deal with them immediately if he considered their presence was affecting the operational efficiency of the station.

At the time of the raid I was a voluntary member of a roof-top machine gun crew and had an unobstructed view of the low-level raid on August 18. I well remember that in his endeavour to reach his place of duty W/O Alford was caught out in the open and armed only with a pistol he fired all the rounds at the low flying raiders. He then proceeded to organise us to push aircraft out from the burning hangars, even though bombs were still being dropped by high-flying raiders, until the heat was so intense that nothing more could be done. After that he was responsible for the dangerous task of clearing the airfield and removing pens of unexploded bombs so that the airfield could be put back to use as soon as possible. At that time there was only limited knowledge of German bombs and methods of dealing with them. In all I think we dealt with 23 unexploded 50kg bombs from the low flying Dorniers, a few of the bombs not being found until weeks after the raid!

Frances Elizabeth Alford remembers her Father as a humble man who spoke very little about his RAF days. However, he did recall losing a brand-new raincoat when raiders machine-gunned the tents that served as their accommodation around Kenley airfield. Another incident involved a bomb which had become so deeply embedded that it was impossible to de-fuse, making it necessary to rig up a pulley system over the bomb in order to detonate it by lowering another bomb onto it. The hole thus created was subsequently repaired.

Edward was born on 7th March, 1904, in South Norwood. His Father, Harry Edward Alford, worked as a compositor in the printing trade, and his Mother was Ada Elizabeth Alford (nee Hollands). The couple had four children, Edward being the only boy. When he was baptised at St. Luke’s, Croydon, on 16th October, 1904, the family’s address was 17 Aylett Rd – they lived at this address until at least 1911.

Alford joined the RAF in 1921 as a 1st entry apprentice, then known as ‘Boy Mechanics.’  The first four intakes were trained at Cranwell, later entrants were trained at Halton. Boys as young as 15 sat competitive tests and exams to win a place as an Aircraft Apprentice –  they were educated and trained in the ground and technical trades vital to the RAF, under a regime of service discipline. These lads became affectionately known as ‘Trenchard’s brats.’

We know little about Edward’s service prior to the outbreak of war, except that he met his future wife, Evelyn Davies, a Yorkshire lass, in Darjeeling, India, where she was working as a children’s nurse. The couple married in Croydon, in the spring of 1940.

Alford was a Warrant Officer (service number 335383) under the Technical Branch while he was serving at Kenley. As well as his George Medal, he was Mentioned in Despatches in the rank of Warrant Officer, (gazetted 17th March, 1941), which must relate to events prior to 12th November, 1940, when he was promoted to Flying Officer on probation (with a new service number-4501). In 1943, he was serving at Factory No.81, Lower Milehouse Lane, Newcastle, and was presented with a silver cigarette case from the A.I.D. staff.  His duties there remain a mystery, though A.I.D. might be ‘Aeronautical Inspection Directorate’ whose work included accident investigation and scrutiny of manufacturing and engineering standards for RAF equipment. By 1948, the Alford family were living in Pendine, Wales, and Frances remembers them living in Ireland, before her father retired from the RAF in September, 1953, retaining the rank of Squadron Leader.

In civilian life, Edward and his family settled back in the Croydon area, at Fernhurst Rd, not far from where he was born. He pursued a career in engineering and worked for Hawker Siddeley in Kingston where he was involved in the development and wind-tunnel testing of their VTOL jet aircraft – projects which ultimately led to the Harrier. After he retired, aged 75, Edward and his wife emigrated to South Africa to join his daughter Frances and her young family. He passed away there, aged 83, in 1987.

You can read Edward George Alford’s account of events at Kenley during the Battle of Britain here.

Many thanks to Frances Elizabeth Alford and her son Brett for their invaluable help and Ivan Nunn of the RAF Regiment Heritage Centre for his assistance with research.
Sources:
The London Gazette
Croydon in the Second World War – Berwick Sayers http://www.rafweb.org/Awards/GM_Holders1.htm
http://www.oldhaltonians.co.uk/pages/rememb/gall/gall.htm
http://www.hut-six.co.uk/WW2data/WO373-66.html