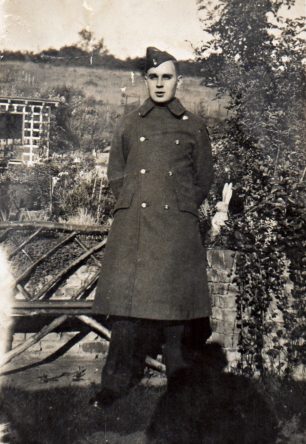 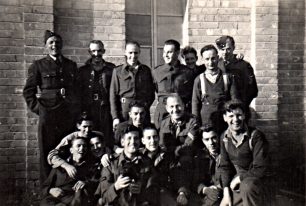 It is likely that these men are from the ground crew of No.615 Squadron, though we cannot be certain.
June Marshall

The part of LAC Hargrave's service file which details his service with No.615 Squadron at Kenley and Croydon.
June Marshall

We are grateful to June Marshall for sending in these photos and mementos of her father, Gerald Ewart Frank Hargrave.

He was a local lad who lived in Hillbury Rd, Warlingham, and joined the Auxiliary Air Force in  December 1938, (service number 4104944) serving as an Equipment Assistant  with No.615 Squadron at Kenley during the Battle of Britain.

In April 1941, Hargrave was posted to the Middle East and joined No.71 Operational Training Unit, on 23rd June, at RAF Ismailia. This was a new unit, formed to acclimatise fighter and army co-operation pilots to desert warfare. At the end of the year, he was promoted to Leading Aircraftman and  spent the rest of the war in the Middle East where he became very ill with typhoid and yellow fever.

June says that later in life her father, like so many others, distanced himself from everything to do with his war service. He passed away suddenly in March, 1982.