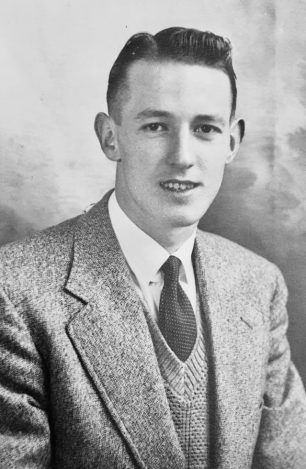 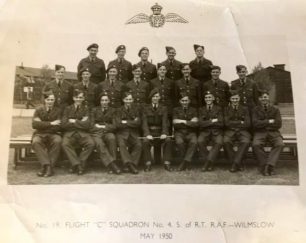 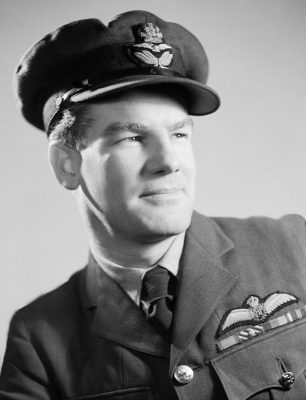 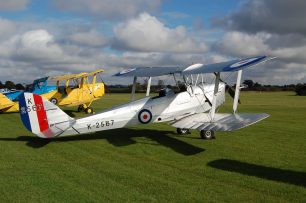 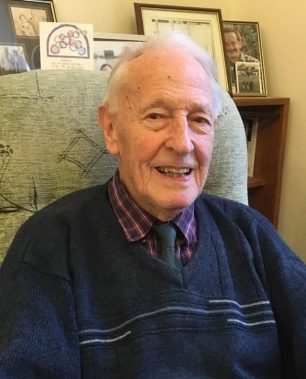 In  the early 1950’s, Caterham lad, Cedric Wort must have felt that he was on familiar ground when he heard the news that he was going to be posted to Kenley, as part of his National Service with the RAF.

As a boy during WW2, he had grown used to the dangers of living so close to the strategic targets of RAF Kenley and Caterham Barracks and witnessed the dogfights of the Battle of Britain raging overhead. On 18th August, 1940, Cedric’s Father felt that he was almost ‘face to face’ with the enemy as a Dornier streaked overhead at low-level and he caught the gunner’s eye. Cedric’s mother, a staunch Christian, was so fearful that she made a promise to God that she would give a thanksgiving party if her family made it through the war unscathed.

Cedric climbed into the three large bomb craters in Queen’s Park and was aware of the Parachute and Cable weapon that had been set up there. On the morning of 28th August, 1940, he visited the park hoping to collect shell cases and shrapnel from the crewless Heinkel that had crashed there the night before. Later in the war, the area faced a new menace – the doodlebugs.

In 1944, Cedric and his family were living in a bungalow in Chaldon. On the morning of 16th June, Cedric was the last person to leave the house, but as he set off for school, he heard the distinctive noise of a V1 overhead, which promptly ceased. Realising the implications, Cedric ran back into the house and took cover under the snooker table. Moments later, the blast sent the window crashing in. The doodlebug had exploded at the end of Heath Rd, completely obliterating the Acme Photo works which stood there at the time and causing extensive damage in the surrounding area.

Despite all this, Cedric’s and his family came through the hostilities in one piece and his grateful Mum held her thanksgiving garden party, which was attended by all the residents of the road, in 1945/6.

One of Cedric’s early memories is of seeing Kenley’s Spitfires taking off in threes and then forming up into larger formations at altitude. It must have been strange for Cedric to find himself back at that same airfield, 10 years later, on guard duty, patrolling Kenley’s buildings armed only with a truncheon!

Cedric left school at 14, and worked as an office boy for a shipping company in London. National Service had been extended from a period of 18 months to 2 years, in response to the Korean War, when Cedric was called up in 1950. His brother had served in the RAF and Fleet Air Arm  during WW2 and at his suggestion, Cedric joined the RAF.

He began his basic training at Wilmslow and was then sent to RAF Credenhill, Hereford, for clerical training because of his previous experience in office work. A posting to RAF Hendon followed, where he worked for HQ 61 Group, ATC.

When he was posted to Kenley in 1951, Cedric was able to live at home with his elderly parents and cycle to the airfield. It was his bike, however that caused a trip to the sick bay, next to Kenley’s main gates, when he cycled into a truck and had to have  a cut to his face expertly stitched by F/Lt. Hanlon.

Cedric’s place of work was an office in Flintfield House. He was working for Wing Commander Alan C. Deere, who was on the staff of No.61 Group. Cedric was doing the office work associated with the investigation of air accidents.

Wing Commander Deere DSO, DFC and Bar was one of New Zealand’s highest scoring fighter aces of WW2, with 17 victories to his credit. He was no stranger to Kenley, having been stationed there in 1942 while Commanding 602 Squadron.

Cedric considers it a privilege to have worked for Deere, saying that he was a good boss, not arrogant and straightforward to deal with. He always tried to weigh up what he wanted to say before speaking to him.

One of the other men in the office suggested that Cedric should ask W/Cdr. Deere if he would take him up for a flight.

Up to this point, Cedric had only flown once. As part of his Initial Training at Wilmslow, they had been marched to Manchester and loaded aboard an Avro Anson for an air experience flight – standing up!

It couldn’t have been more different when Cedric left his office to meet  ‘Al’ Deere out on the tarmac at Kenley. As they walked out to a waiting Tiger Moth, Cedric realised he didn’t have a parachute. Rather than returning to find another one, Deere simply handed Cedric his own and carried on to the waiting aircraft.

Cedric was astonished at the speed as they took off into the blue, rapidly leaving the airfield behind. He remembers seeing the railway line at Whyteleafe and Earlswood Lakes. As they soared over the clouds, Cedric says that it felt like ‘going off a cliff’ when the sky cleared beneath them and the ground suddenly became visible. After about 20 minutes, they landed back at Kenley and returned to the office.

In March 1952, Cedric was discharged from the RAF and returned his work in the shipping industry. He still lives in the Caterham area.

Footnote:
Many thanks to Cedric Wort for being so generous with his time and sharing his memories. Thanks also to Andy Wort for his assistance with photographs etc.
This article was written up from notes taken during two telephone conversations on 17th and 18th November, 2020.