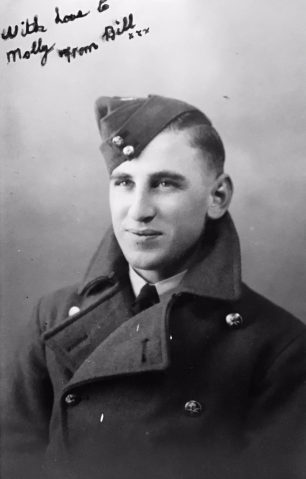 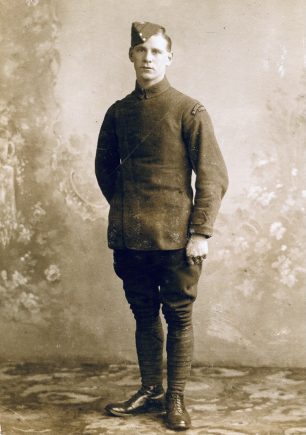 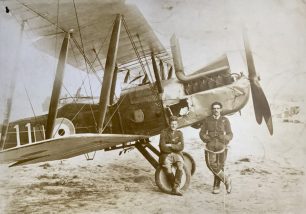 Bill Tyrrell's Uncle also served in the Royal Flying Corps and is seen here in front of a damaged Royal Aircraft Factory RE8, France, 1917. Seated on the wheel is the pilot, Lieutenant Donald Humphrey Sessions MC.
Allan Tyrrell 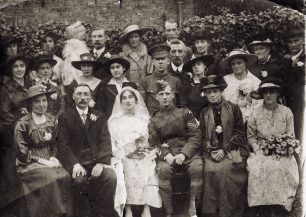 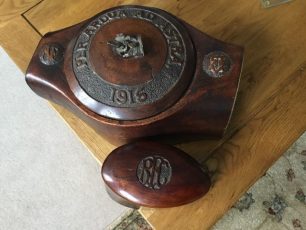 The beautiful sewing box which Frederick carved from a Propeller boss as a gift to Annie.
Allan Tyrrell 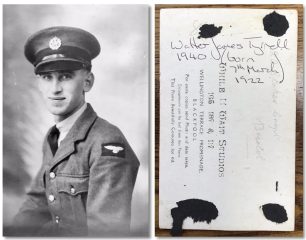 A very young-looking Bill Tyrrell in 1940. The photo was taken at a studio in Blackpool - perhaps Bill learned his trade at No.5 School of Technical Training, which was in the area.
Allan Tyrrell 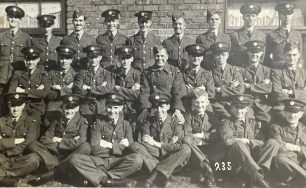 Another early photo with Bill seated in the middle row, fourth from left.
Allan Tyrrell 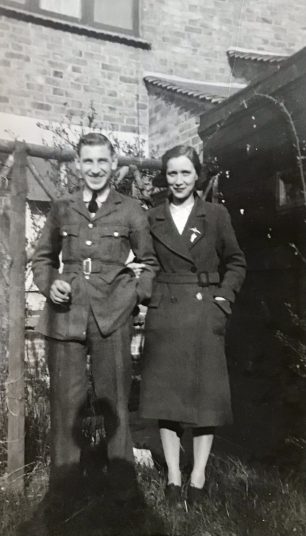 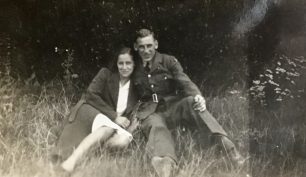 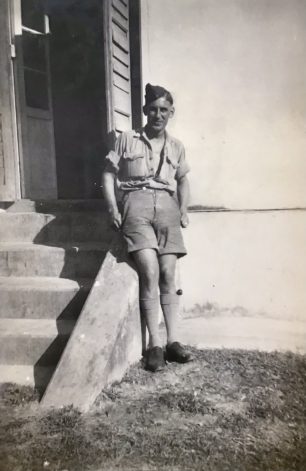 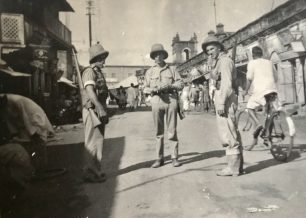 One of the photos of Bill which appeared in a Beckenham newspaper when he bumped into his old friend Eric Ackerman. Bill has captioned this photo, "Comilla, December 1942"
Allan Tyrrell 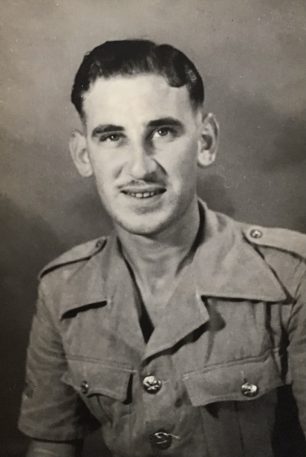 Walter James “Bill” Tyrrell was born in Brockley on 7th March, 1922. He was nicknamed Bill after Billy Buster, a carton character of that time, I’m told.  His mother Annie Tyrrell, Nee’ Hayward was from Brockley and his Father Frederick Tyrrell was born in Carlshalton, in 1891.

Frederick was a Master Plumber by trade, who had joined the West Kent’s in 1914 and within a short time transferred across to the RFC due to his mechanical skills. Frederick Tyrrell belonged to No.1 squadron and I’ve got some “trench art”  that he made. As a wedding present, he made Annie a sewing basket from a propellor boss, carving his own initials on one side and hers on the other. His brother also served in the Royal Flying Corps.

They moved to Ramsgate in 1925 and Bill attended Hollicandane school, where he was in the same class as my Mum, Mollie Harwood. They became great friends from the off. Four years later Frederick moved the Tyrrells up to Beckenham, where my Dad schooled at Churchfields School and his sister, Balgowan School, which my sons also attended 55 years later.

Bill left school and was apprenticed to his Father as a Plumber but this was interrupted by WW2 when he in turn joined the RAF at Kenley as a member of 615 squadron. He was with 615 during their time at Manston, where he became reacquainted with Mollie, although they had always kept in touch. Bill also recalled RAF Valley in Wales and Prestwick in Scotland before the squadron was posted to India and Burma.

Dad never  spoke voluntarily of the war and did not keep his medals or attend reunions.

There is little I can tell of his time in India except a couple of things that I remember from being very young, I was born in 1952. He would shout out at night, Mum said he suffered from malaria still, but he had nightmares reliving some past episodes.

I still have his suitcase and kit bag with his name and number on it, that came back with him on the aircraft carrier that bought him home. He had his uniform upstairs along with a Irvin jacket and trousers that he used riding his motorcycle, a couple of Kukri knives and there was a metal case tin box, which was at the back of his wardrobe.

One of the photographs shows him in a pith helmet with a rifle.  It was published in a Beckenham newspaper during the war after an old friend, Eric Ackerman, wrote to the paper and said that he had been walking down a road ‘somewhere in India,’ when who had he bumped into? None other than Bill Tyrrell, his good mate from Beckenham. Eric had joined the army, he survived the war and then still lived near our family during the 50/60s.

He was a good, kind, very strong man, who loved his family, but he would not stand for waste of food. My mum said he had returned to the UK in 1946, skin and bone, He always said there was an answer to most problems and nothing was impossible and would make do and mend. He himself was a Master Plumber and had a successful business in the Beckenham area where we lived. He finally worked at St Thomas’ hospital as Foreman Plumber for the Hospital group, but died in January 1979 at the age of 56, while at work.

Bill and Mollie had two sons, and four Grandchildren.

Bill’s Service and Release Book tells us that he served in the RAF from 3rd September, 1940, until 6th September, 1946, as a Flight Mechanic Airframes. Thanks to his family, we have a wonderful archive of his photos on this website, many of which were captioned by Bill himself. You can follow the links below to see them.

There is also an album of 615 Squadron personnel and Bill’s journeys through India and Burma.

During Bill’s time with 615 Squadron, they were based at:

Rest in peace Bill and thank you for your service. Many thanks to the Tyrrell family for sharing his story.