You are here: Home>History>Timeline of RAF Kenley>1917-present>Corporal Patrick Honey's Memories of Kenley in the early 1960's

Corporal Patrick Honey's Memories of Kenley in the early 1960's 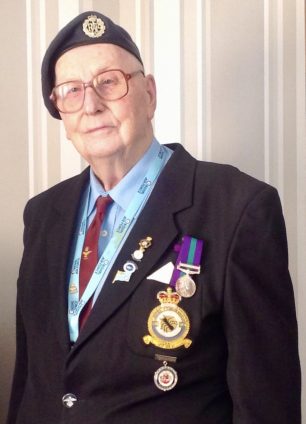 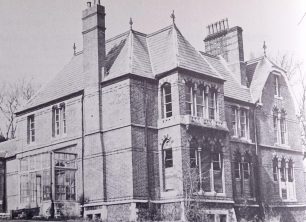 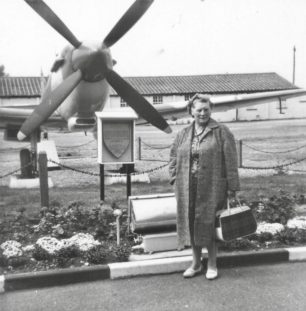 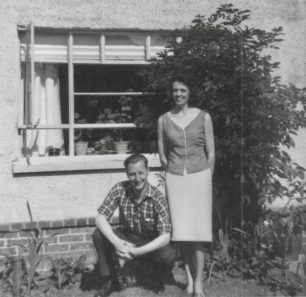 Patrick and his wife, Mary, in the garden of 13 Anson Close, Kenley.
Patrick Honey 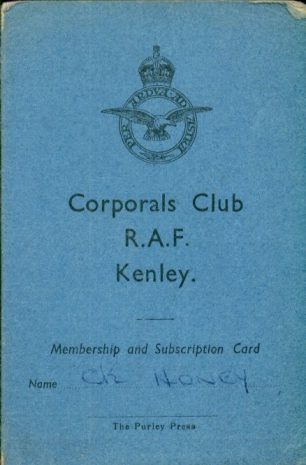 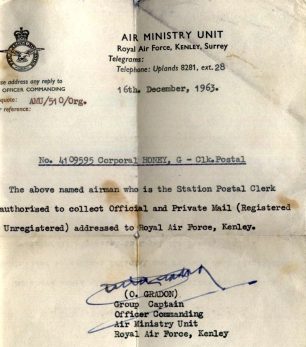 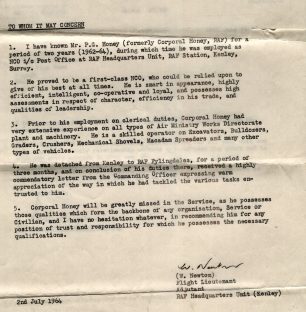 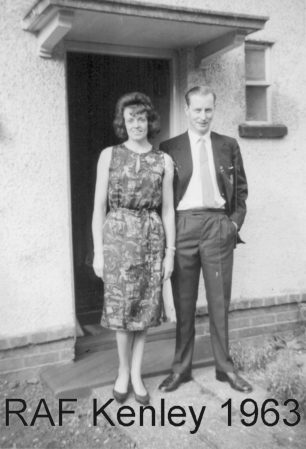 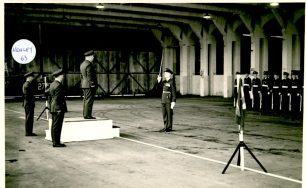 Cpl. Patrick Honey, 3rd from left in the Guard of Honour for inspection by the Air Officer Commanding in Chief, at Kenley in 1963.
Patrick Honey. 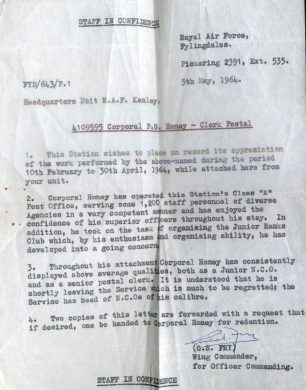 Corporal Patrick Honey (retired) served as a regular in the RAF from 1952 until 1964.
He wasn’t stationed at RAF Kenley as such but was in command of the Air Ministry Registry Post Office in Flintfield House from 1961-1964.

One usually associates this title with the main Ministry of Defence  building in London – and most of it was in that building except The Air Ministry Unit Registry and Post Office, which was at RAF Kenley, Surrey where I served from 1961 to late 1964.

I had re-mustered into the RAF Postal Service in 1960 and had been stationed at the biggest UK Post Office which was at RAF Stafford (16 MU) and as it had two Corporals s in post, with me being sent there, after a while I was posted to RAF Kenley and expected to be running a Camp Post Office with a counter etc. and some extra staff. Not so, as RAF Kenley was still an operational Station at that time, with light aircraft and gliding etc. but on the boundary adjacent to the Whyteleafe Road was a large separate Edwardian house which turned out to be the Air Ministry Unit Registry and Post Office.

The Commanding Officer of this Unit was a Group Captain and lived up stairs, The Adjutant was Flight Lieutenant Newton and then just me: Corporal in command of the Post office. The rest of the ground floor was the Air Ministry Registry –  with  a staff comprised entirely of female civil servants.

My Post Office was one secure and barred room next to the Registry, complete with a large safe. All incoming mail for the Camp and Air Ministry Unit arrived in a guarded Royal Mail van about 08.30 each day – excluding Sundays – direct from the main sorting Depot at Caterham in the Valley.

All direct outgoing mail from the Ministry of Defence building in London came to Kenley under guard,  in large leather bags with the necks locked, to be sorted and re mailed by the Air Ministry Unit (AMU) Registry.

I separated out all the Camp and married quarters mail from the AMU mail and the Official Camp mail was collected by the Warrant Officer in command of RAF Kenley Headquarters on his way to work.

Any private mail coming to the Camp was collected from my Post Office between 1200 and 1300 hrs only. (I segregated it into Officers / Sgts and Cpl’s mess bundles ready for them to collect).

All AMU incoming morning mail was taken to the Registry next door and during the rest of the morning I cycled around the married quarters and delivered their private mail. (All Officers married quarters at Kenley were occupied by Officers working at Air Ministry in London, all Group Captain or above in rank).

At about 1500 hrs each day outgoing mail was delivered to me from the Registry and I meticulously listed and recorded all Top Secret and Registered items for dispatch, some mail was to go into the normal Royal mail system and I used ordinary mail bags for these – other items were destined to go direct to the Air Ministry and other Government Offices in London and these items were locked into secure leather / locked bags for bulk delivery. In the wall at the Guardroom there was a Post Box for public use which I emptied each afternoon before our trip to Caterham.

All Embassy or overseas mail we had received from the Air Ministry was forwarded to the Foreign Office direct in secure bags for onward passage in diplomatic bags.

At 1600 hrs each day the Camp Motorised Transport section sent a van with an RAF driver and on passing the Guardroom I had to collect an RAF Policeman (armed) escort for the journey to Caterham in the Valley main sorting Depot – where we were reversed into the unloading bay and the Gate closed before we unloaded.

Because of my duties in command of the Post Office, I was not rostered for any Guard Commander or Orderly NCO duties of any kind on the main Camp. Prior to remustering to Post Office duties I was in a Guard of Honour at RAF Wellesbourne Mountford and my Commanding Officer knew this, so when RAF Kenley was due an inspection from the AIr Officer Commanding in Chief,  he volunteered me to make up the numbers and to drill them and polish them up !

Apart from a three month detachment to the USAF early warning centre at Fylingdales to open a Post Office for them (This was the No 1 High security 4 minute warning system establishment in those days – I was the only NCO Postal Clerk with the necessary security clearance they would accept – hence dragging me away from Air Ministry Unit for that time )!.

On my return to Unit at Kenley I concluded my 12 years Service there and in spite of requests and other inducements from the Commanding Officer to sign on for longer Service, I declined and so was demobbed on September 1st 1964.

NB. Married quarters were along western edge of the camp behind the guardroom.

I was detached there for 3 months from Kenley.

Now Fylingdales was the southern most USA early warning Station in the Cold War. The other two in the chain were in Greenland and Alaska. This was known as BMEWS – Ballistic Missile Early Warning System.

Fylingdales was opened January  1964 and covered 3,000 miles of air space over Europe and Russia and was designed to pick up any missiles etc. coming from Russia. It was famous for its 3 golf balls on the moors above Whitby.

I expect you have heard of the 4 minute warning? This was the time from launching to hitting us with missiles and was all the time we had to press the retaliation button – Armageddon !

Now, it was totally USAF staffed when it opened but because it was the No 1 target in the Cold War – no one lived on the Camp – all operating personnel were housed around Yorkshire in hotels / other Camps etc and were bussed in for 12 hour shifts.

The buses with the operational Staff drove into a tunnel under the golf balls and loaded and unloaded there, as the Admin site was separate – anyone working there walked over from that tunnel.

With  USAF scattered all over the place many of them had no means of keeping in contact with families etc – no wi-fi then! Also the HQ Staff had no idea of how to deal with the British Royal Mail and needed urgent help. They turned to the  Air Ministry and it was decided that what they needed was a Class A RAF Post Office to deal with this.

Apparently, I was the only Postal Clerk with the necessary security clearance that they would accept to go there, so I was called into the Commanding Officer and, the next morning, was taken in his car to Kings Cross and landed up in York – a  Fylingdales USAF car was waiting for me to take me to the camp.

I arrived at the guardroom and was escorted by armed guards to the small 10 room barrack block and ordered not to come out at all until collected by a guard next morning, because I could be shot!

I found out that I was on my own so went to bed..and was woken up next morning by a civilian who told me he had breakfast all ready for me. The NAAFI had a contract for two cooks to look after that block as and when it was in use – apparently I was the first one to ever stay over. They cooked breakfast and an evening meal but then went home to Whitby. USAF Staff used the lounge during the day to escape from under ground and grab a burger etc if they wanted to.

I can lay claim to being the only resident on the camp which was then the No.1 target for the Russians at the height of the Cold War!
I asked the USAF Colonel why this was so – his reply was: “Because, Corporal, you are admin, not technical, and if they hit us we can replace the equipment but not the technicians!”

They were paranoid about Security then and still are today. I went back as a Guest of the USAF – RAF on its 50th birthday in 2014 and was presented with  a joint RAF and USAF BMEWS silver medal. I wear it under my 5001 Squadron badge.

Many thanks to Patrick for his wonderful memories and all the great details about Kenley in this period.