You are here: Home>Archive>Documents>"An Early Setback" by Tony Harding

"An Early Setback" by Tony Harding 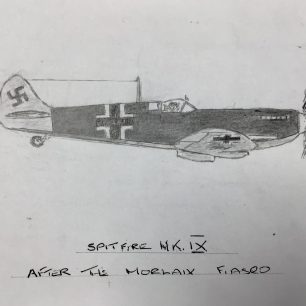 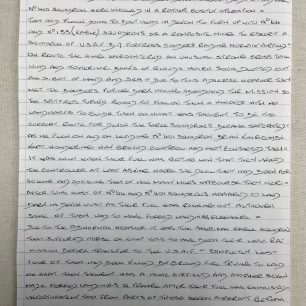 This article about the Morlaix Disaster, 26th September, 1942, was written by the late Tony Harding, who was a member of the Royal Air Force Association, Kenley and Caterham Branch.

Just days after the Canadian Squadrons at Kenley received the new Spitfire Mk IXs the Wing Leader Brian Kingcombe DFC and one no. 401 Squadron were involved in a rather costly operation. They had flown down to Bolt Head in Devon to form up with no. 64 and no. 133 (Eagle) Squadrons as a composite Wing to escort a squadron of USAF B17 Fortress bombers raiding Morlaix airfield. On route the Wing encountered an unusual strong cross tail wind and towering banks of cloud which soon blotted out all sight of land and sea. Due to this adverse weather they met the bombers flying back having abandoned the mission so the Spitfires turned around to follow them. However with no landmarks to guide them on what was thought to be the correct route for Devon the three squadrons became separated. As he flew on and on leading no. 401 Squadron Brian Kingcombe kept wondering why ground control had not contacted them. It was only when their fuel was getting low that they heard the Controller at last asking where the devil they had been for so long and advising them of how many miles off course they were. After this most of no. 64 and no. 401 Squadron managed to land back in Devon just as their fuel was running out although some of them had to make forced landings elsewhere. Due to the abnormal weather it was the American Eagle squadron that suffered worse on what was to have been their last RAF mission before transfer to the USAF. Completely lost four of them had been killed by ground fire trying to land on what they thought was a home airfield and another seven made forced landings in France after their fuel was exhausted. Unfortunately too, from parts of those seven aircraft German Engineers put together two flyable Spitfires which gave the Luftwaffe early knowledge of the planes capabilities so soon after it had entered squadron service with the RAF.