You are here: Home>Keywords>Gate Guardian>"Flying to go on at Kenley?" Newspaper Article

"Flying to go on at Kenley?" Newspaper Article 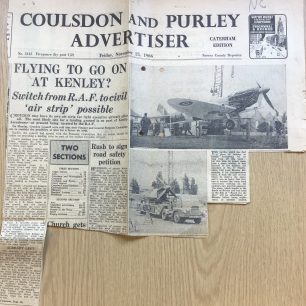 "Flying to Go in at Kenley?" article.
Coulsdon and Purley Advertiser 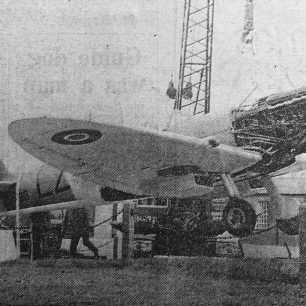 The Spitfire which has had a place of honour at Kenley Aerodrome for so long took off this week - but this time it's power came from a crane (above).
Coulsdon and Purley Advertiser 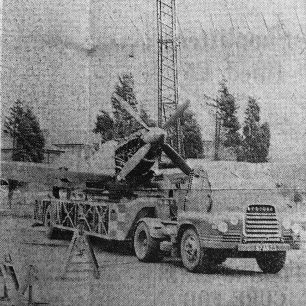 "It was farewell to the Spitfire, for members of No.17 Maintenance Unit from Bicester dismantled it for transportation (left). It took the unit several hours to remove the plane, and it was so heavy that they had to borrow the crane from contractors working on the station's new married quarters. The plane, which fought in the Battle of Britain and was used in the film "Reach for the Sky," will be refurbished at Bicester before being reallocated to another station."
Coulsdon and Purley Advertiser

An article from Coulsdon and Purley Advertiser dated Friday, November 25, 1966.

“FLYING TO GO ON AT KENLEY?”

“Croydon may have it’s own air strip for light executive aircraft after all. The most likely site for a landing ground is on part of Kenley Aerodrome – at present being vacated by the R.A.F.

On Monday, Croydon Council were told that their Finance and General Purposes Committee are to consider the possibility of sites for a future air strip. Earlier, the council had agreed with the Planning Committee that no action should be taken on providing a landing strip on part of the former Croydon Airport.

Council members from Waddon firmly resisted the idea that Croydon Airport should be used for flying once again. Coun. J. Twitchett (Lab) said: “As far as the people of Waddon are concerned, they never want to see ‘planes at Croydon Airport again. That is the opinion of 99 percent of the people living there.”

Newly elected Coun. L. J. Young (Con.) said that from a technical point of view Croydon Airport was “a pig.” He had personally run out of runway there and with the high office blocks of Central Croydon the thermals made landing at Croydon “very dicey.” He added: “I would not disagree with an air strip at Kenley for light aircraft: it seems ideally situated. But keep them away from Waddon. It’s too big a risk for the people of Waddon and to the pilots themselves.”

Ald. A. J. R. Dunn, leader of the council, said the council wanted to benefit the town and see the commercial development in the borough “zoom ahead.” In investigating the possibilities of an air strip they would consider sites and the likely demand for the facilities.

Coun. S. Sutcliffe (Lab.) said the modern executive plane was a twin- engined jet searing up to ten, so Croydon Airport was out of the question. “I would agree that Kenley is a better proposition when we come to discussing an air strip as well as a possible helicopter site. But,” he added, “the cost would be very heavy.”

The majority of personnel at Kenley aerodrome left last week for R.A.F. Uxbridge as part if the general streamlining of the Armed Forces. By March virtually the only people left will be those in married quarters, including those using the new blocks. But it will probably be about two years before any of the land is offered for disposal. It is not known exactly how much land the aerodrome covers, but it includes a good part of Kenley Common. The southern borders run into the neighbouring urban district of Caterham and Warlingham.

The Kenley staff have been chairborne, rather than airborne since the end of the last war.”