You are here: Home>Keywords>Canadian/Canada>"A Worthy Name" by Tony Harding

"A Worthy Name" by Tony Harding 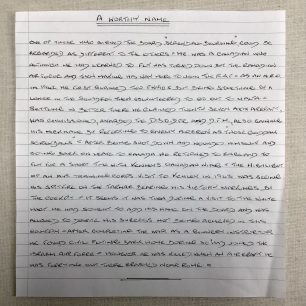 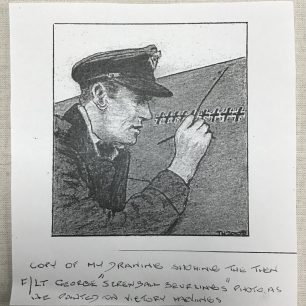 Copy of a sketch of George Frederick Beurling
Tony Harding 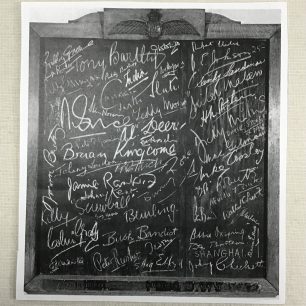 Photocopy of the signed blackout screen from the White Hart, Brasted, referred to in the article.
Tony Harding

This article about George Frederick “Buzz” Beurling DSO, DFC, DFM & Bar, was written by the late Tony Harding, who was a member of the Royal Air Force Association, Kenley and Caterham Branch.

Here is a transcription:

One of those who signed the board “Screwball” Beurling, coupd be regarded as different to the others. He was a Canadian who, although he had learned to fly, was turned down by the Canadian Air Force and then making his way here to join the RAF as an NCO in 1942. He first claimed two FW190s but being something of a loner in the squadron, then volunteered to go out to Malta. Settling in better there, he claimed twenty seven axis aircraft, was commissioned, awarded the DSO, DFC and DFM, also gaining his nickname by referring to enemy aircrew as, “those goddam screwballs.” After being shot down and wounded himself and going back on leave to Canada, he returned to England to fly for a short time with Kenley’s Canadian Wing. The highlight of an Air Training Corps visit to Kenley in 1943 was seeing his Spitfire in the tarmac bearing his victory markings by the cockpit. It seems it was then, during a visit to the White Hart [Brasted], he had sought to add his name on the board and was allowed to, despite his success not being achieved in this country. After completing the war as a gunnery instructor, he found civil flying back home boring, so had joined the Israeli Air Force. However, he was killed when an aircraft he was ferrying out there crashed near Rome.