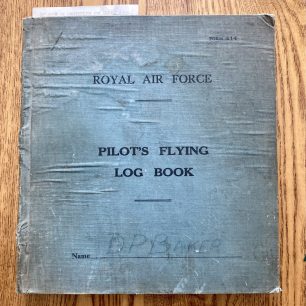 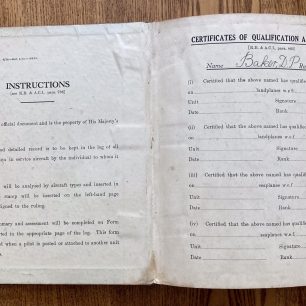 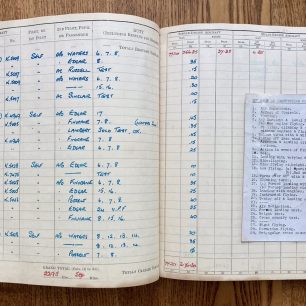 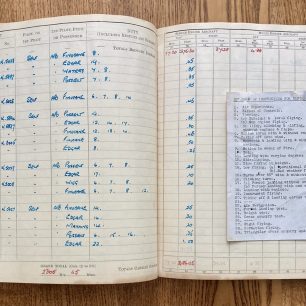 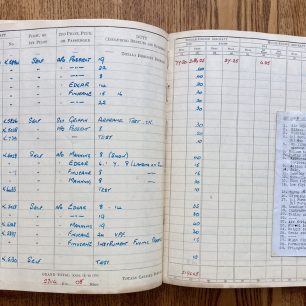 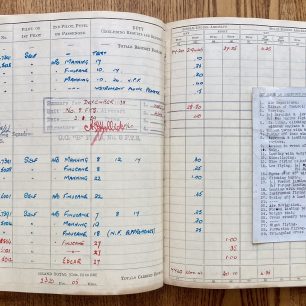 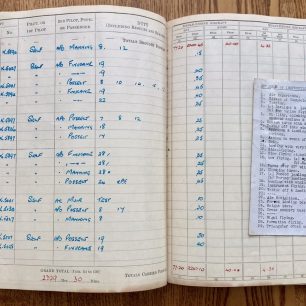 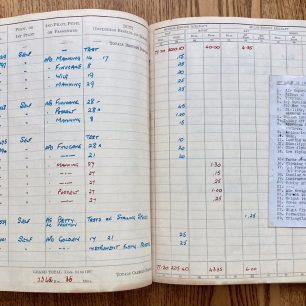 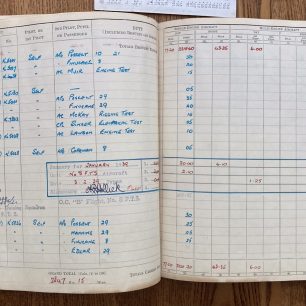 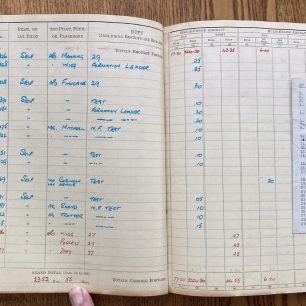 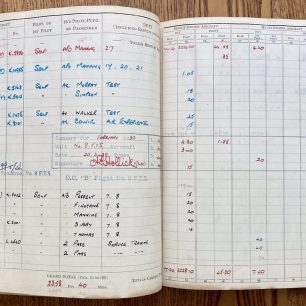 We are indebted to Colin Lee for allowing us to photograph the pages from Warrant Officer D. Pearse Baker’s flying logbook which document the training of Brendan Finucane at No.8 Flying Training School, Montrose.

On 28th August, 1938, Finucane had left his home in Richmond, Surrey, to report to No.6 Elementary and Reserve Flying Training School at Sywell, Northants, but learning to fly didn’t come naturally to the young Irishman and he suffered a series of mishaps during his early training flights in the DH82 Tiger Moth, finally managing his first solo on September 21, after 14.05 hours of dual instruction.

Having passed the course at Sywell with an average grade, Brendan moved onto the next stage of training at “B” Flight of No.8 Flying Training School, Montrose, under the tutelage of Warrant Officer Baker. Brendan struggled with the heavier and more powerful Hawker Hart, especially during landings. He continued his flying lessons over the Christmas period because a lack of money prevented him from going home. However, by March 1939, Brendan was close to being dropped from flying training – a transfer to “D” Flight and the Hawker Fury proved to be the catalyst for a change in Finucane’s fortunes. He began to enjoy aerobatics and target practice.

Finucane came into his own once he was flying Spitfires operationally, initially with 65 Squadron and then at Kenley and Redhill with 452 (Australia) Squadron and 602 (City of Glasgow) Squadron.

Finucane was only 21 years old, the youngest person ever to be given command of a fighter wing. Over 2500 people attended a requiem mass held in his honour at Westminster Cathedral and after a nationwide appeal ‘Finucane ward’ was dedicated in his honour at Richmond Royal Hospital.

Many thanks to John Donovan for additional information.