You are here: Home>Archive>Documents>"The End of Another Era for Kenley", Newspaper Article

"The End of Another Era for Kenley", Newspaper Article 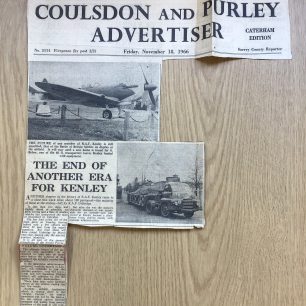 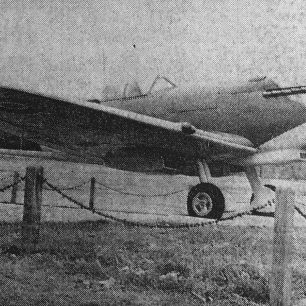 "The future of one member of R.A.F. Kenley is still unsettled, that of the Battle of Britain Spitfire on display at the airfield. It will stay until a new home is found for it. "
Coulsdon and Purley Advertiser 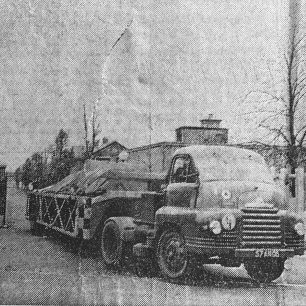 "One of the 60ft transporters leaves Kenley loaded with equipment."
Coulsdon and Purley Advertiser.

An article from Coulsdon and Purley Advertiser, Friday, November 18, 1966, covering the departure of the majority of Kenley’s RAF personnel.

“The End Of Another Era For Kenley”

“Another chapter in the history of RAF Kenley came to a close this week when about 100 personnel – the majority of those at the station –  left for RAF Uxbridge.

In less than two days, and slightly ahead of schedule, six 60ft lorries and a fleet of smaller vehicles had transported the mass of equipment to Uxbridge.

The last load rolled out of the main gate on Tuesday, leaving behind only a few officers and about 20 men from the supply squadron. But even these will have joined Uxbridge by March next year, leaving only the married quarters inhabited. It is all part of the general streamlining of the Armed Forces.

The ultimate future of the airfield is now uncertain. It is expected to take two or three years before the question of disposing of the airfield’s surplus land is solved.

There have been many farewell parties at the station during the last few weeks. Another airfield institution which is closing down is the “Kenley Courier” the weekly newsletter put out by the  station. It’s last edition carries farewell messages and poems from several members of the staff. It will probably be replaced by a fortnightly news-sheet for the families still in married quarters.

Kenley’s history stretches back to the first world war. Pilots flying from the airfield in the second world war played a major part in the Battle of Britain. But after the war the station’s character changed – it was unsuitable for jet aircraft – and personnel at Kenley became a chair-bourne force, dealing mainly with overseas administration.”