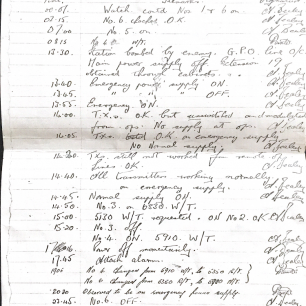 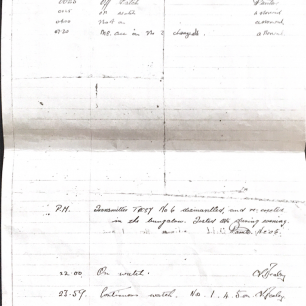 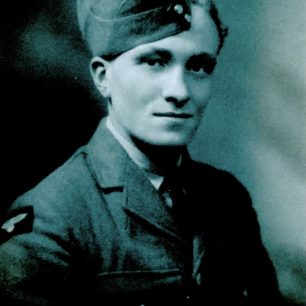 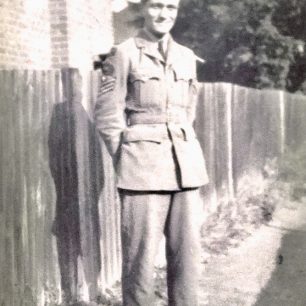 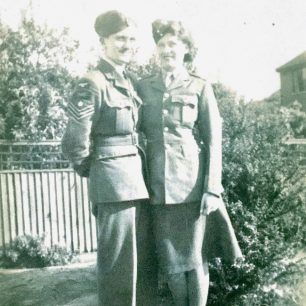 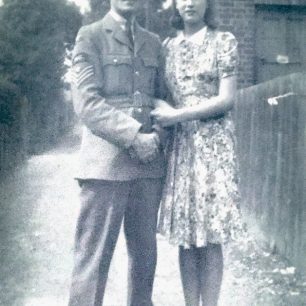 Albert and Mary. The couple met at Purley Ice Rink while Albert was serving at RAF Kenley.
Matt Tewkesbury

Matt Tewkesbury has sent in this Daily log from 18th August, 1940, Kenley’s ‘Hardest Day,’ which came from his Grandfather, 944242 Warrant Officer A. H. Bealey:

“My grandad, Albert Henry Bealey, was a qualified electronics engineer working for Lucas in Birmingham. When he was conscripted into the RAF they chose to train him as a radio operator due to his background. Very soon after he became operational he was injured during a mission, and while he was recovering the RAF decided to take him off flying duties and use his skills to operate and maintain the communication equipment that had become crucial during the Battle of Britain. He was posted to Kenley/Redhill fighter stations.”

“Due to the continued night time bombing, the development of radar for night fighters was being experimented with, and again due to his electronics knowledge, and the fact Beaufighters were stationed at Redhill and were involved in the airborne radar experiments, again he was chosen to be involved and trained as an observer/radar operator/gunner. He was already trained as an air gunner during his earlier bomber duties so he was an ideal choice for the role.”

Matt’s Uncle, Bruce Bealey, had this to add:

“I’m not sure how long Albert was aircrew again, but he was hospitalised for a while due to a severe attack of jaundice I think, and again took a while to recover so they took him off flying duties once again.
“Preparations were being made for the D-Day invasion and he was trained in the commando combined operations system, which was developed to make service staff more rounded for the different roles that would be required for non-flying RAF staff.
Before the invasion was ready to go ahead it had become clear that the interdiction roll of fighter bombers was a valuable role to keep the German army in check by strafing their convoys and trains. This is where the Typhoons’ role became obvious. This powerful tool was going to be critical in protecting the invading armies from the very effective German ground forces.
“So back to your question, the RAF fighter bombers would be required to protect both the British and other armies’ ground forces especially armoured, so an RAF ground forward control liaison officer would be required for the co-ordinated use of RAF fighter bombers at the sharp end, rather than the behind front line operational staff. They would make the Typhoons available in an area but couldn’t know the location of the enemy targets. This is where men like my father got to work.
“My father had all the qualifications required for this role. He was trained and experienced in every subject required except for operating armoured vehicles, but he would be a passenger in the vehicles used, mainly tanks and halftracks, so that wasn’t an issue. I think it was by chance that he was chosen to join a Canadian armoured division, but he got on well with them and stayed with them right up to the end of the war.
“The role was to ensure the Tiffies (as my dad always called them) would be guided to specific targets identified by the ground personnel. He would get the control vehicle as close as safety allowed near the target, and then run a communication cable from the vehicle and crawl as close as possible to the target and communicate with the pilots direct and guide them in to attack. Bearing in mind the Germans had become experts at camouflaging their tanks and guns, the pilots probably wouldn’t be able to see the targets so dad would talk them onto the target which they would straf and let loose a couple of rockets on their first pass, and pending the results dad would correct them until the target was hit.”

Kenley's 'Hardest Day' - An Introduction and list of Casualties