You are here: Home>Archive>Documents>"Flying Jaws" by Tony Harding 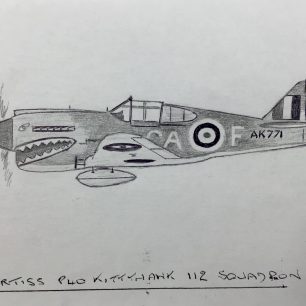 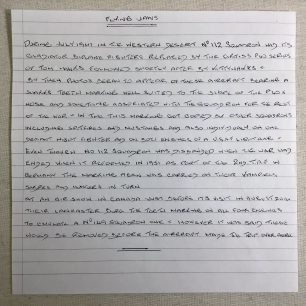 An article about the shark jaws that adorn many fighter aircraft, written by the late Tony Harding, a member of RAFA Kenley and Caterham Branch.

During July 1941 in the Western Desert no. 112 Squadron had its Gladiator biplane fighters replaced by the Curtiss P40 series of Tomahawks followed shortly after by Kittyhawks. By then photos began to appear of these aircraft bearing a Sharks teeth marking well suited to the shape of the P40 nose and something associated with the Squadron for the rest of the War. In time this marking got copied by other squadrons including Spitfires and Mustangs and also individually on one defiant night fighter and on both engines of a USAF Lightning. Even though no. 112 Squadron was disbanded when the War had ended when it reformed in 1951 as part of the 2nd TAF in Germany the marking again was carried on their Vampires, Sabres and Hunters in turn.
At an air show in Canada just before its visit in August 2014 their Lancaster bore the teeth marking on all four engines to emulate a no. 149 Squadron one. However it was said these would be removed before the aircraft made the trip over here.