You are here: Home>Archive>Documents>"Dangerous Flights" by Tony Harding 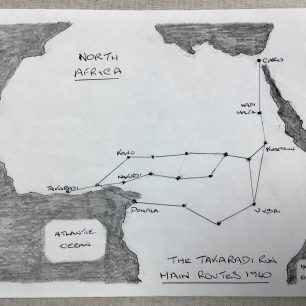 A map of The Takoradi Run in 1940.
Tony Harding 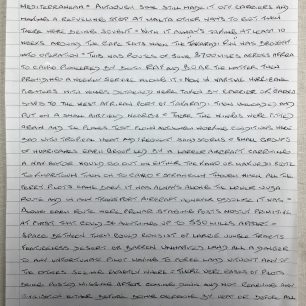 This article, about the difficulties of ferrying single-engined aircraft to Egypt after Italy entered the war, was written by the late Tony Harding, who was a member of RAFA Kenley and Caterham Branch.

After Italy came into the War in 1940 it was to become more difficult to get single engine aircraft out to Egypt via the Mediterranean. Although some still made it off Carriers and making a refuelling stop at Malta other ways to get them there were being sought. With it always taking at least 10 weeks around the Cape that’s when the ‘Takaradi Run’ was brought in to operation. This was routes of some 3700 miles across Africa to Cairo pioneered by both RAF and BOAC. The latter then providing a weekly service along it. Now in wartime Hurricane fighters with wings detached were taken by Carrier or cargo ships to the West African port of Takaradi. Then unloaded and put on a small airfield nearby. There the wings were fitted again and the planes test flown although working conditions were bad with Tropical heat and frequent sand storms. Small groups of Hurricanes each groups led by a larger aircraft carrying a navigator would go out on either the Kano or Makurdi route to Khartoum then on to Cairo. Strangely though when all the ferry pilots came back it was always alone along the Juga route and in any transport aircraft however obsolete it was. Along each route were pre War staging posts mostly primitive at first that could be anything up to 550 miles apart. Space between them could consist of large jungle tracts, featureless desert or barren uninhibited land all a danger to any unfortunate pilot having to force land without any of the others seeing exactly where. There were cases of pilots being posted missing after coming down and not reaching any civilisation either before being overcome by heat or before all emergency water carried in the aircraft had been used up. This form of ferrying was to continue until the Axix powers were driven out of Africa and more direct ways could be used.