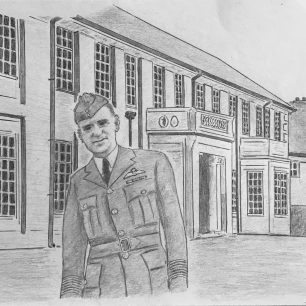 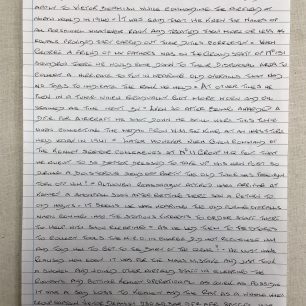 This article about Group Captain Francis Victor Beamish DSO and Bar, DFC, AFC, was written by the late Tony Harding, who was a member of the Royal Air Force Association, Kenley and Caterham Branch.

Here is a transcription:

The old saying “clothes maketh the man” certainly did not apply to Victor Beamish while commanding the airfield at North Weald in 1940. It was said that he knew the names of all personnel whatever rank and treated them more or less as equals provided they carried out their duties correctly.

When George, a friend of my Father’s, was on the ground staff of No.151 Squadron there, he would come down to their dispersal area to collect a Hurricane to fly in wearing old overalls that had no tabs to indicate the rank he held. At other times he flew in a tunic which gradually got more worn and oil-stained as time went by. Even so, after being awarded the DFC for aircraft he shot down, he still wore this tunic when collecting the medal from H.M. The King at an investiture held early in 1941.

Later, however, when given command of the Kenley Sector, colleagues at No.11 Group H.Q. felt that he ought to be better dressed to take up his new post, so during a boisterous send-off party, the old tunic was forcibly torn off him! Although reasonably attired when arriving at Kenley, a snowfall soon after getting there saw a return to old habits. It seems he was wearing old flying overalls when coming into the Station’s kitchens to order staff there to help to help with snow clearing. As he led them to the stores to collect tools, he the N.C.O. in charge did not recognise him and told him to get to the back of the queue!! He must have realised how easy it was for the man’s mistake and just took a shovel and joined other airfield staff in clearing the runways and getting Kenley operational as quick as possible.

It was a sad loss to Kenley and the RAF as a whole, when Group Captain Victor Beamish, DSO and Bar, DFC, AFC, Spitfire was shot down over the Channel in March 1942.