You are here: Home>History>Timeline of RAF Kenley>1917-1930>Clarence Tinker - An American Hero 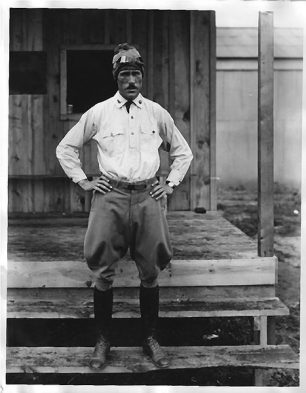 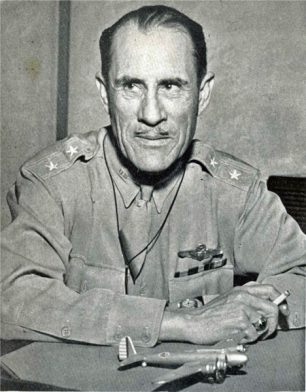 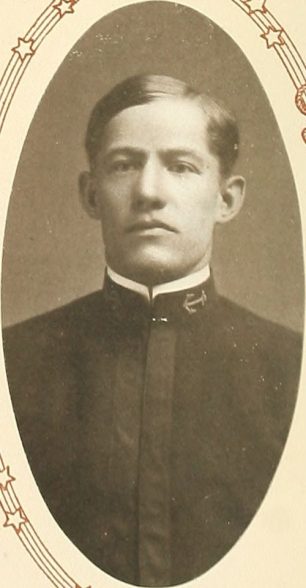 Major Clarence L. Tinker, Assistant Military Attache for Aviation at the U.S. Embassy and Commander Robert Andrew Burg, Assistant Naval Attache, took off from Kenley at noon in Airco DH4B, A.S.6392, an American service machine kept for use by embassy officials. They were attached to Kenley aerodrome for instruction.

Witnesses on the ground became alarmed as it flew low over Whyteleafe valley, towards the cliffs of the chalk quarry, which it narrowly avoided, only to clip the trees at the top and flip over, coming to rest on top of the hill at Riddlesdown, only a few yards from the quarry’s edge, and bursting into flames, almost opposite the site of the Rose and Crown Hotel.

The brow of the cliff, which is 200 feet high, is fringed with trees, but at one point, in the centre of the skyline, is a gap of about ten yards, and the machine appeared to make for this. Then it swerved suddenly to the right and just cleared the top of the pit. As it did so, the tip of the right wing struck the tree-tops at the edge, and the machine turned a somersault and crashed to the ground a few yards from the cliff edge. As soon as it touched the ground, flames shot out from the fuselage, and before long, the whole of the machine was involved in the blaze.

Mr. A. Lay of Caterham was the first of the workers from the chalk pit to arrive at the scene of the crash:

It was about quarter to twelve when the accident happened. I was working in the pit with the other fellows when I saw the ‘plane come over from Kenley Aerodrome. It was flying very low and the engine was not working, although the propeller was still revolving. It cleared the top of the pit and then we heard a crash, and saw the flames and smoke. I left work and with the other men, rushed up to the top of the hill, where we found the aeroplane still blazing and the two men in each other’s arms, staggering about the field. We caught them just as they were falling into the flames. One of them was still in fire, and I tore off the burning clothing,  while another man, Mr. Skilter, ripped off his helmet. He was in a terrible state. His wrist and feet were badly burned, and there were burns all over his head. Blood was running from his mouth, but in spite of all his injuries he was still conscious. The other man was not so badly injured, although he had been burned. His face was badly cut, probably from the fall from his machine.

Tinker had survived the crash and later received the Soldier’s Medal for his unhesitating bravery:

Although injured and in a semi-dazed condition due to the crash, Major Tinker was able to get clear of his burning plane, but when he realized that Commander Burg was still in the cockpit, he rushed back into the flames in an attempt to rescue his passenger. He was driven back by the intense heat, but returned to the other side, and after repeated and determined efforts, being badly burned in the attempt, he extricated Commander Burg and dragged him, unconscious to a place of safety.

Witnesses at The Rose and Crown Hotel in the valley called the Fire Brigade who sent three men in a motor combination, under the command of Second Officer F. G. Carter.
P.C. Wiles of Kenley Police arrived on the scene shortly after the chalk pit workers and Dr. Hodgson-Jones of Caterham, who was in Whyteleafe when the accident occurred, did what he could for the airmen until further assistance arrived. Tinker and Burg were carried down the hill on the Fire Brigade’s stretchers and Burg was put in the Purley ambulance while Tinker was transported in an RAF ambulance.

Both men were taken to Purley War Memorial Hospital where Commander Burg succumbed to his injuries a week later with his wife at his side. Tinker had been discharged from hospital only an hour before his companion passed away.

The inquest into Commander Burg’s death was concluded on 24th November, 1926 – ‘The Scotsman’ carried the story the following day:

Major Clarence L. Tinker of the United States Army Air Corps,  the pilot of the machine, who was severely injured , was able to give evidence yesterday. He said he had flown the machine twice before. It was perfect when he started the flight, but 50* minutes later there was a sudden shuddering and shaking for which he could not account. He at once throttled down, and this relieved the trouble slightly. He made for an open spot in a field to land, and tried to open out again, but could not get any response from the engine. Seeing that he could not reach the field he made for Riddlesdown. He had no recollection of striking a tree, as eye-witnesses stated. After reaching the ground the machine spun round, and then he heard an explosion, which was followed by a burst of flame. Although belted in his seat, he managed to get out without help.

A reporter from ‘The Croydon Times’ who visited the scene of the accident shortly afterwards, found the aircraft a “mass of charred wreckage,” facing the opposite direction to the way it had been in flight. Two scorched parachutes were open nearby and a small patch of scorched grass indicated where one of the airmen had lain.

COMMANDER ROBERT ANDREW BURG was born in December 1884 in Cheyenne County, Nebraska. After graduating High School and while attending the state university, he was appointed as a midshipman at the United States Naval Academy at Annapolis, Maryland, where he excelled, graduating in 1908.

Prior to WW1, he may have worked on submarine construction, which possibly took him into the U.S. submarine forces during the Great War. At the close of hostilities, Burg qualified himself as an expert in naval radio and then took up aviation, becoming second in command of the aviation forces at San Diego, California. At the time of his death, he was Assistant Naval Attache to the American embassies in London, Paris, Berlin and the Hague.

His body was taken back to Nebraska and he now lies at rest in Grand Island Cemetery, Hall County. Section D, Lot 73.

Commander Burg is remembered on our online memorial here.

MAJOR GENERAL CLARENCE LEONARD TINKER was born in Oklahoma, in November 1887. He was one eighth Osage Indian and was born in the Indian territory that ultimately became Osage County, making him the first American Indian in U.S. Army history to attain the rank of Major General. He was also the first American General to be killed in World War II when his bomber plummeted into the sea as he led a formation against the Japanese during the Battle of Midway.

Clarence Tinker graduated from Wentworth Military Academy in 1908. He was commissioned in the U.S. Army Infantry as a second lieutenant in 1912 and during the Great War, served in the southwestern states and California. He began flying lessons in 1919 and transferred to the Air Corps, being assigned to flying duties in 1922. Tinker rose through the ranks, becoming a Brigadier General in October 1940. At the time, he was in charge of MacDill Field in Tampa, Florida, and while all eyes were on the conflict raging across Europe, he cautioned against Japanese aggression in the Pacific, devising plans to protect the Panama Canal and the Caribbean territories which later became strategically important.

Tinker’s time at MacDill ended with the attack on Pearl Harbour, 7th December 1941. He took command of the Hawaiian Air Force on the 19th December and set about re-organising the island’s air defences. Six months after the attack on Pearl Harbour, American codebreakers determined that the Japanese were preparing to attack Midway Island in preparation for an invasion of Hawaii. Tinker arranged his forces accordingly, sending nineteen B-17s and four B-26s to Midway. The Battle began on the 4th June. Three days later, Tinker personally led a mission against the Japanese forces on Wake Island, flying an early model LB-30 Liberator, which fell out of formation and disappeared somewhere between Midway and Wake Island. Tinker and his seven crew were never found.

When news of Tinker’s death reached the Osage Nation, the Native Americans conducted their first victory dance since World War I over a four-day period, to honour their lost warrior.

Tinker was posthumously awarded the Distinguished Service Medal for his action in leading the mission and the Oklahoma City Air Depot was renamed Tinker Field in October 1942, to commemorate his achievements.

Note: Most other witness statements give the impression that the aircraft took off from Kenley and wasn’t airborne for very long before the engine failed. I wonder if the reporter misheard what Tinker said..