You are here: Home>History>Timeline of RAF Kenley>1917-1930>Christmas Capers at Tower Bridge 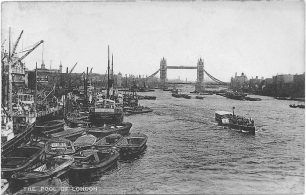 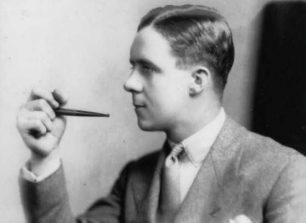 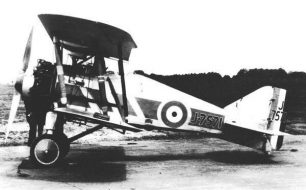 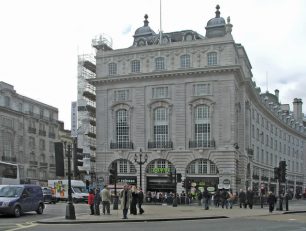 On Christmas Day in 1926, Pilot Officer Arthur Leslie Holden and Pilot Officer Griffiths of No.32 squadron, RAF Kenley, set off in a Gloster Grebe, for a joy ride to London Town.

Attired in their Mess kit, they flew between the two spans of Tower Bridge before rolling off a loop and heading towards Picadilly, where they beat up a crane that was situated on the roof of the Swan and Edgar Department Store. Then they got lost on their way home in the poor weather and had to land to ask directions to Kenley!

On their return, they were placed under open arrest, pending court martial. At the hearing, a policeman who had witnessed the stunt said that the cloud level was down at the height of the bridge!
While under arrest, Holden, by all accounts a remarkable gentleman, painted pictures of the officers and played the violin. In the final verdict he was allowed to remain with his Squadron and continue serving in the R.A.F.

Arthur Holden, a daring and intrepid pilot, was killed less than six months later in May 1927, following a collision over Kenley, while practicing formation flying..He was 21 years old when he lost his life and now lies at rest with his comrades in Airmen’s Corner, St. Luke’s churchyard, Whyteleafe.

For a Christmas bonus, here are a few more ‘intrepid’ pilots who have flown through Tower Bridge….

Francis McClean, who, in 1912, flew a Short Hydro-plane under Tower Bridge, then flew under London Bridge skimming the water and scaring himself witless before going under the remaining Thames bridges on his floats!

Australian Flight Lieutenant Sidney Pickles who came in from a dive and went under the walkways at 120 mph in a Fairey Seaplane in 1919. Flying under Tower Bridge was outlawed shortly afterwards.

‘Mad Major’ Christopher Draper scattered pedestrians in 1931, as he ducked under the bridge twice in his Puss Moth before heading for Westminster Bridge and flying beneath that too. He was a WW1 ace protesting against the government’s treatment of veterans and was let off without any punishment.

Frank Miller, a chemist from Chingford flew under in an Auster in 1951, egged on by his 13 year old son, who bet 35 shillings of his pocket money that his Dad wouldn’t do it. Unfortunately, that didn’t make much of a dent in the £100 fine he got for the stunt!

In 1952 the ‘Mad Major’ Christopher Draper was back after spending WW2 as a double agent and anti-submarine pilot followed by a career as a stunt pilot and actor. Now 61 years old, he flew under 15 of London’s bridges and yet again escaped without a fine!

Lieutenant Alan Pollock, of No.1(F) Squadron, who on April 5th 1968, flew through in a Hawker Hunter FGA.9 jet, after buzzing Parliament three times and beating up a few airfields while flying inverted.

Paul Martin, a 29 year old stockbroker’s clerk, who in 1973, flew through twice in his Beagle B.121 Pup, while out on bail after being charged with fraud. He later crashed, probably deliberately taking his own life, as an escape from his legal predicament.

Michael Devyea, who, in 1975, took off from Biggin Hill in a Piper Cherokee 180, and flew under Tower Bridge (he may have done a barrel roll through) before flying under one of the arches of Waterloo Bridge. Apparently, there was so little clearance that the co-pilot passed out and emptied his bladder!

There is also, of course, the famous flight of the No.78 double decker bus to Dulwich… In 1952 a watchman’s mistake allowed the bus onto the bridge as the northern bascule was rising. Albert Gunter, the bus driver, didn’t notice until it was too late and decided to put his foot down, gunning the bus over the six foot gap and landing ‘safely’ on the other side with only twelve of his passengers injured and a bent chassis! Gunter received a £10 bonus for this unorthodox manoeuvre!

I know there have been a few helicopters but I’m only including fixed (or no) wings!  Any more to add to the list??