You are here: Home>History>Timeline of RAF Kenley>1917-1930>Crown Prince Hirohito's visit to Kenley 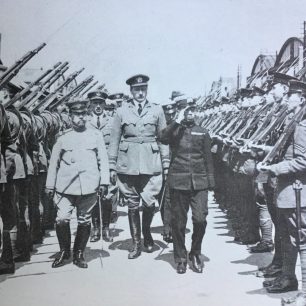 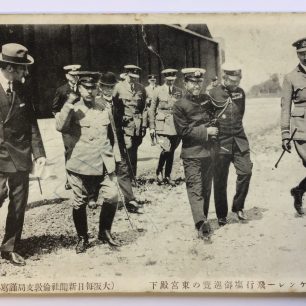 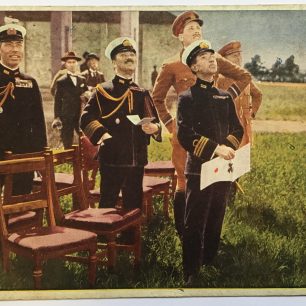 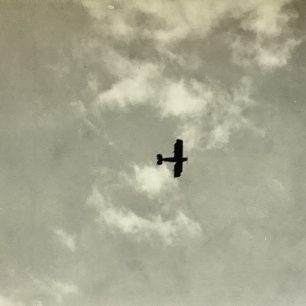 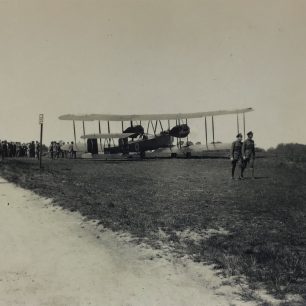 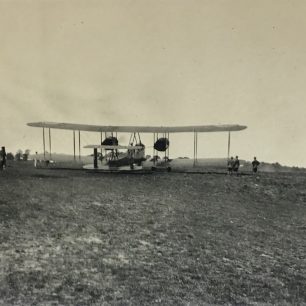 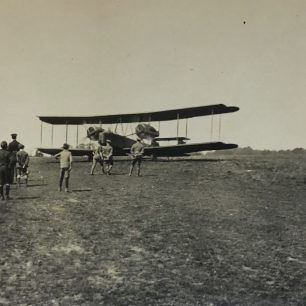 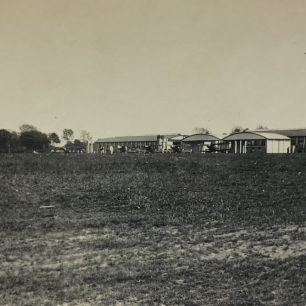 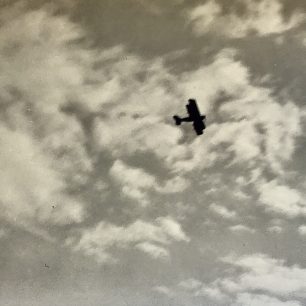 On 16th May, 1921, RAF Kenley was visited by Crown Prince (soon to be Emperor) Hirohito, of Japan. He was the first member of the Imperial Family to leave Japanese soil – his state visit to Britain being one of the highlights of a six month tour of continental Europe.

It was a Bank Holiday Monday, and the roads through Croydon were packed with holiday-makers as the Crown Prince’s suite of eight motor cars passed through at 11.30am. Between South Croydon and Kenley, the motorcade passed hundreds of picnic parties on the Downs and the Common.

Large crowds gathered at the aerodrome to catch a glimpse of the Prince and watch the flying. He arrived at Midday, attired in the uniform of a Lieutenant Commander of the Japanese Imperial Navy, surrounded by high-ranking Japanese Officers and dignitaries. He was received by The Duke of York in the uniform of a Wing Commander of the RAF and toured the aerodrome. Photographs show him inspecting a guard of honour and looking around Kenley’s hangars. He also “inspected the mechanism” of a “Bristol machine.”

Hirohito and the Duke of York were shown round by Air-Vice Marshal Sir John Salmond. Amongst the pilots introduced to him was Flight Lieutenant James Robb.

He recorded the days events in his logbook:

Visit of Crown Prince of Japan to 24 squadron. Gave a demonstration in a Vimy, then took part in formation flying. Final event was a flight for one of the senior Japanese Generals in the back of a Bristol. Got told off for looping him!

At this time, Robb was already a WWI ace, but he continued to rise up the ranks, eventually becoming Air Chief Marshal Sir James Robb, GCB, KBE, DSO, DFC, AFC, one of  the greats in the history of the RAF. He didn’t retire until forced to by ill health in 1951, and died in 1968, aged 73.

The Daily Mirror reported the Crown Prince’s visit to Kenley the following day:

An exhibition of aerial acrobatics at a height of 1000ft and a sham air fight were witnessed at Kenley yesterday by the Crown Prince of Japan, with whom were the Duke of York and the Hon. F. E. Guest, Secretary of State for Air. The Duke of York, who was wearing the uniform of a wing commander, learned his flying with the performing squadron.

The flying display commenced after lunch, with a solo aerobatic display, followed by formation aerobatics from four Avros. Flying Officer Marcel Trapagna Leroy then demonstrated how a cumbersome DH9A could be made to perform tricks. In addition, there was a “realistic” demonstration of a bombing attack on a trench – the aircraft dived in formation from a tremendous height, there was a loud explosion, earth shot upwards and the airmen flew away. The Crown Prince was apparently warm in his admiration of their skill and daring. Finally, four aircraft made a short flight from Kenley passing over the hills of Addington and Shirley.

Hirohito was provided with “a programme of the proceedings in Japanese, bound in white silk and embellished with Japanese emblems, supplied by Messers Coad, High Street, Uxbridge.” (The Advertiser and Gazette, 20/5/1921).

There were a lot of press and newsreel photographers present for the Japanese Imperial visit. One of them had a narrow escape during the aerial displays, when a large plane suddenly dived, scattering the crowd, except for one photographer who threw himself on the ground. The aircraft caught a portion of his upper arm as it passed and the propeller narrowly missed cutting him to pieces! Luckily, he escaped without serious injury.

First photo from RAF  Kenley by Peter Flint. Used with the kind permission of Iris Flint.

The Croydon Times, 21/5/1921.
Additional photos from the collection of Roger Packham of The Bourne Society.
http://bournesoc.org.uk/