The Diary of Sergeant Wladyslaw Mordasiewicz 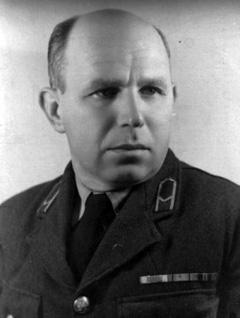 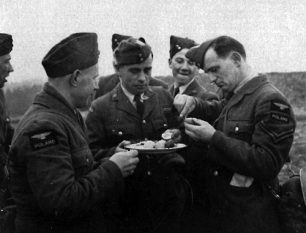 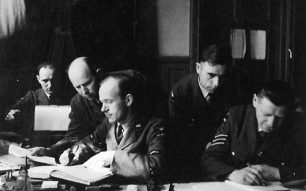 Sergeant Wladyslaw Mordasiewicz was a Polish serviceman who served in the 302 Polish Fighter Squadron during the Second World War. In 1941, 302 Squadron was stationed at RAF Kenley for five months, where Sergeant Mordasiewicz served as an office orderly from 7 April to 5 September.  Despite only a short stay, he was able to recount in his diary some notable and interesting occurrences during his time at Kenley.

Sergeant Mordasiewicz travelled to many RAF bases with 302 Squadron, beginning with Leconfield in Yorkshire, followed by, in order of arrival: Northholt, Tangmere, Kenley, Warmwell, Harrowbeer, Heston and Hutton Cranswick. However, his journey did not begin here in Britain – as with all the remaining Polish Armed Forces – he had to first endure exile due to the Russian invasion of Poland in September 1939.

It is believed Wladyslaw was first mobilized to Lida, in Belarus, to serve with 5 Air Regiment. He then made his way from Warsaw to the interncamp in Romania, where thousands of Polish servicemen were awaiting exile to France and Britain; after the fall of Poland it was expected that Polish forces would escape and find internment in neutral countries like Romania, Hungary and Latvia, with the intention of joining the defence in Britain and France.

The escape to France was not easy. With the pressing of German forces in the area, the many escape routes from the internment camps were long, secretive and dangerous. Wladyslaw is reported to have been on one of the many routes out of Romania traversing Greece, Syria and Palestine, before finally making it to France. Here, he gets assigned to No. 1/145 Squadron, which briefly operated over Dunkirk delivering Hurricane fighters.

It is also here in France where his diary begins. The first entry being 20 June 1940, which details his continued exile at sea and voyage to Britain after the fall of France:

“At 5 a.m. we sail off to continue our exile; will we reach our destination? God knows. We are all in a fighting spirit, but sadden by the fall of France, our Allie. Such big and rich country, but fell so quickly. Pity.”

He arrives in Glasgow on 25 June 1940 and is briefly accommodated here before being relocated to the Polish Air Force Depot in Blackpool. We get an indication to how poor Wladyslaw’s previous conditions in exile were, as he is continually astounded by the quality of the billets and organisation of the British forces: “bathrooms with showers and bathtubs, hot and cold running water, well-equipped mess etc. It all made on us excellent first impression, and the things are way better than in France or Romania.”

Wladyslaw stays in Blackpool for just over a month before being posted to the first all-Polish fighter squadron, No 302 Squadron, in Leconfield. 302 Squadron is then called to replace 303 Squadron at RAF Northolt, as 303 “need a well-deserved rest”. Whilst at Northolt he recognises the debris of a hurricane in which a fellow Polish soldier he knew in France had died, Sgt Siudak. He is then moved again, this time further south, to RAF Tangmere.

Just a month after Tangmere suffered its worst attack leaving 5 dead and 12 injured, Sergeant Mordasiewicz and 302 Squardon are sent to RAF Kenley on 7 April 1941. His first impressions of Kenley are good, as he notes that the office where he will be working is “spacious and comfortable” and finds Kenley to be a “well-equipped station”. He was billeted in private housing, where he shared a room with 3 other Poles: Smiglak, Cichecki and Szczepanski.

It only took a few days for Wladyslaw to experience the intense atmosphere at Kenley. Three days after he had arrived, he recalls that there were moments when “over 70 German machines were in our sector” where they continued to “drop flares, incendiaries and high explosive bombs”. One of the Hurricanes at Kenley was burned and the shrapnel damaged a “bowser and a tractor”. He sums up the attitude to the barrage of bombing at Kenley in almost typical, brave British fashion:

“We didn’t even bother to go to the shelter, figuring that if it’s to hit us directly then it will make no difference.”

There is some brief respite from the gloom of the bombing with the arrival of Easter. On 13 April, Wladyslaw writes that he shared an egg with his fellow soldiers at Kenley – a poignant picture taken of this captures the moment perfectly; perhaps he was now becoming accustomed to the practices of British life. He takes to dancing in the evening at the WAAF tent, which he describes as some sort of British “daily sport” – but for him, it was more an “occasional break from the follies of war.”

On 30 May 1941, Wladyslaw reports a peculiar incident in which a fellow serviceman by the name of Wandzioch had “gone crazy” and ran away from the barracks only wearing a shirt. The episode is not further elaborated on in the diary, but ends merely by informing us that “he ended up in a nut house”.

Another strange, or rather more disconcerting incident, occurred on August 24 in the same year. A Polish pilot called Sgt Kropiwnicki was killed during a landing, with the cause of the crash being undetermined. Wladyslaw notes that it had happened just as chaplain Staroscik had arrived at Kenley, and that this was a strange coincidence because on the chaplain’s previous visit to the airfield another soldier (Sgt Nastorowicz) was killed also. The matter is never resolved in the diary but is concluded by the fact that the priest was “made aware of this coincidence”.

There are recurrent, desperate feelings of anxiety throughout the diary due to Wladyslaw’s estrangement from his family back in Poland. He did not know if his wife, Jozia, and his children Janecka and Ziutek were safe until a year into his service in Britain.  He finally received word that they were alive and well whilst he was still stationed at Kenley, on 21 August 1941.

Despite the perceived animosity in the diary between the Polish and English serviceman during his time, there are accounts where Wladyslaw seems to have had some fun and made efforts to integrate with British culture. He often writes of what he calls “Stallionery”, a term he christened to describe the various diversions from war which included drinking, flirting and dancing at the Public Bar in the evenings. He also had an English serviceman friend at Kenley called Hughes, with whose family he stayed with in Carmarthen, Wales. He often travelled to London on leave, but seemed to enjoy quieter excursions in the English and Welsh countryside.

After the war, and years of service as an orderly in the RAF, Sergeant Wladyslaw Mordasiewicz returned to Poland in 1947. In later life he worked as an accountant. He died in Gdansk in 1986. He seems to have been a diligent, respectful and reserved man who had strong family values, as his diary attests.

Wladyslaw’s diary reads almost like heroic venture, in which he overcame serious adversity in exile to play an integral role in the war effort with the RAF.  His entry on 28 October 1941 perhaps best and, most poetically, captures and epitomises not just his spirit during the war, but the spirit of 302 Squadron and every other squadron that served at RAF Kenley during the battle of Britain:

“Strange nation these Englishmen: fighting planes that fill the skies, here a there dropping bombs, artillery blasting away illuminating the night, but people in pubs dance, drink, and have hell of a time.”

Thanks to Krzysztof Mordasiewicz and Wilhelm Ratuszynski for use of their work and photographs. For more information, please visit their website.