You are here: Home>History>Serving at RAF Kenley>The Canadians at Kenley

The Canadians at Kenley 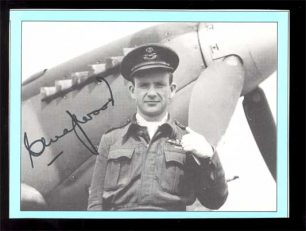 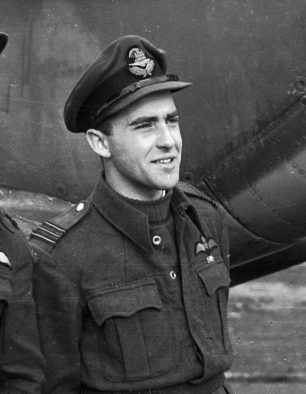 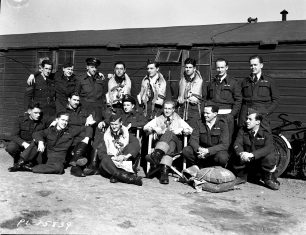 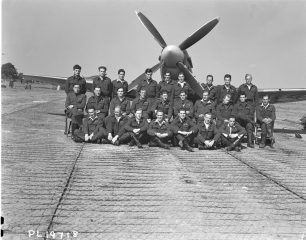 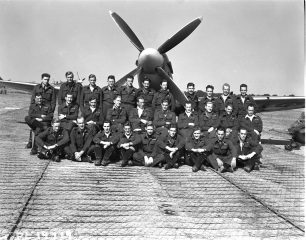 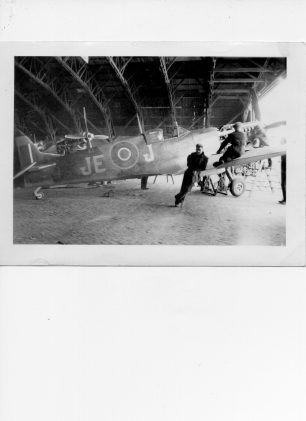 The association of Canadians with Kenley airfield goes back to its beginnings in 1917 when lumberjacks from the Canadian Forestry Corps were drafted in by the Defence department to clear the ground for the airfield, against the wishes of the local people and the Corporation of London, who had owned the land since 1883.

This association was strengthened in November 1942 when the Canadian wing at Kenley was formed. The wing was made up of Canadian Spitfire squadrons which came and went from Kenley quite frequently. From March 1943, the wing was commanded by Wing Commander Johnnie Johnson, whose score of enemy aircraft destroyed had just reached double figures (it was to reach 38 by the end of the war). These feats earned him a Distinguished Service Order (DSO) and bar, to add to his previous Distinguished Flying Cross (DFC).

By July 1943 Kenley was designated as No.127 wing, part of No. 83 group of the 2nd Tactical Air Force. Although Spitfires of No.165 squadron arrived in August of that year, from 1943 onwards, Kenley was almost exclusively Canadian and from October 1943 to the following spring there were just two resident squadrons, Nos.403 and 421, both Canadian, under Canadian squadron leaders, Bob Buckham and Charles Magwood.

Johnnie Johnson took over as Wing Commander at Kenley in March 1943 and his wing consisted of two, and later three, Canadian squadrons during that time. His promotion from Squadron Leader meant that he now had the chance to demonstrate his leadership qualities to the full.

According to the new Wing Commander, the Canadians “had a reputation for lacking discipline, bloody mindedness and so on…” “Stan Turner for example… was ill-dressed and wouldn’t shave occasionally” and would carry his six-shooter which he would fire off in the mess on occasion when he was drunk. He was however a skilled and brave pilot who had served under Douglas Bader, and registered 16 victories over enemy planes. He also participated in an escort to the mission to drop a replacement leg to his friend and old Squadron Leader, Douglas Bader, when he was in a German Prisoner of War camp.

Johnson also found the Canadians to be “the finest bunch of people you ever did meet”. They had “beautiful discipline in the air… and they really could fly”.

Flying Officer “Danny” Browne joined 403 Squadron in May 1943. Although serving in a Canadian squadron, Browne was in fact an American. He was impressed by Johnson and his Canadians: “We had some fine Canadians at Kenley. Some had been miners and lumberjacks…so it was a weird combination. It was a stroke of genius…to put Johnnie in charge…Johnny got along with them beautifully…(he) has the most extraordinary vocabulary of evil songs…Johnnie’s leadership was not about iron discipline; it was just that everybody wanted to do things the way he wanted them done, because they were so proud of being in that wing…Johnnie would shoot crap with us on the ground, and everybody would call him ‘Wingco’ ”.

The regard Johnson was held in by his Canadian pilots was borne out when Squadron Leader Syd Ford presented him with Canadian shoulder flashes which were sewn onto his uniform. However, periods of inactivity did frustrate the pilots who were eager to get amongst the enemy. As Johnson said, “these guys could fly very well…don’t forget that Kenley was in a built-up area – very difficult to find in murky weather.” A previous Station Commander had erected white-painted tents around the perimeter: “If you saw the tents you just kept turning inwards and the runway appeared!”.

The Kenley squadrons now had the new Spitfire Mk IX which could compete more effectively with the German Focke-Wulf 190s, giving the RAF pilots the upper hand – according the Johnson, “we could turn inside him and hack him down, which we did.”

In addition, at that time Kenley was a well-provided airfield. It was home to around 2,000 personnel, and Group Captain “Jimmy” Fenton, who was the station commander stated: “Kenley seemed to have everything: comfortable quarters, entertainment, including a camp cinema, and an abundant source of girlfriends for the boys!”. The food looked pretty good too – see a typical Airmen’s Mess menu on the next page for the week ending 19 May 1939, although it should be emphasised that this was before the privations of war brought rationing and food shortages, especially for “luxury” items.

Johnson and his Kenley wing were also starting to attract attention and publicity – due to his increasing number of “kills” and their unique flying formation which became recognisable in the air and became known as the “Wolfpack”. Johnson was also near the top of the Fighter Command “score sheet” second only to Adolph “Sailor” Malan, and these sheets were put out to the newspapers who picked up on the “glamour boys” of the RAF. An article in The Yorkshire Post, mentioning Johnson’s 19 kills to date, and that he flew with “a yellow scarf dotted with brown fox heads”. The score of 19 was even more impressive when one considered that fighter pilots now had to go out and chase the “Huns” whereas during the Battle of Britain (which Johnson missed due to shoulder surgery) “the Germans came here”.

Eileen Steel, a young WAAF working at Kenley’s Post Office, situated immediately above the station entrance, often watched Johnnie Johnson’s coming and going from the airfield: “we hero-worshipped him even then.”

Both 403 and 421 squadrons saw much activity in late 1943 – Johnson’s wing was described as “one of the busiest in Fighter Command, but little activity in early 1944 as the armed forces built up to D-Day. No.403 was mainly involved in “Ramrod” – protecting short range bombing attacks against ground targets – and “Ranger” – freelance flights over enemy territory to engage enemy fighters – missions. No.421 was increasingly used against on attacks against V-1 flying bomb sites in France. No.416 Canadian squadron also moved to Kenley in February 1944. (Note: Johnnie Johnson’s biography puts the 403 and 416 at Kenley and the 421 at Redhill).

After July 1943, Kenley became No.127 Airfield in 83 Group of the 2nd Tactical Air Force in preparation for the liberation of Europe. From now on the fighter-bomber units would lead a nomadic existence, able to operate from temporary airfield and move at a moment’s notice.

Although the squadrons then began training on dive-bombing tactics in the run-up to D-Day, none remained at Kenley during the final preparations for the assault on the Normandy beaches. Kenley’s squadrons were moved out of the comforts of Kenley for an Advanced Landing Ground at Lashenden in Kent, living in tents, and within two months were operating together in France. The final operation from Kenley took place on  13 March 1944, as bomber escort on a raid to to Namur in Belgium.By this time command and control of Kenley had been taken over by Biggin Hill and the airfield played no major operational role in D-Day, and closed during the summer months of 1944.

Although Kenley’s days of combat flying were all but at an end, the glory days of the Battle of Britain and the years of Johnnie Johnson’s Canadians will not be forgotten.