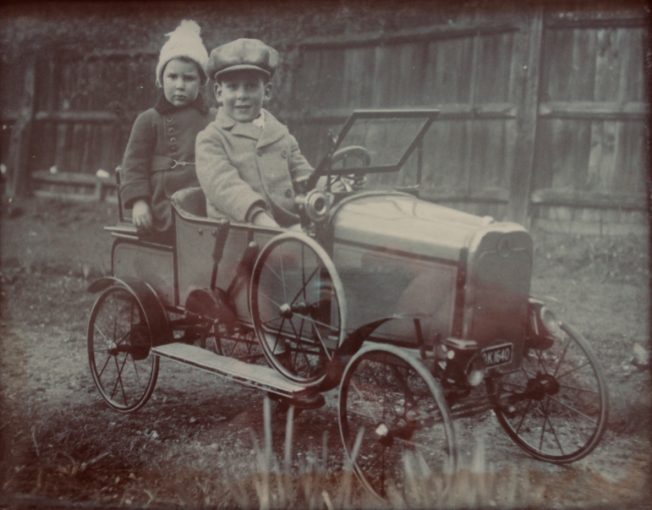 The stern-faced little boy in the woolly hat, on the left of this photo, grew up to be Pilot Officer Hugh Henry-May, who served at RAF Kenley with No.3 Squadron and lost his life on 10th May 1938, when his Hawker Hurricane stalled on the final approach to the airfield.

The driver of the pedal car is his brother Roy, who became a Major in the Royal Tank Regiment and was mentioned in despatches in November 1945.

Both men are buried in St. Luke’s churchyard, Whyteleafe.