Reverend Tim Goode’s sermon from the Battle of Britain commemorations: 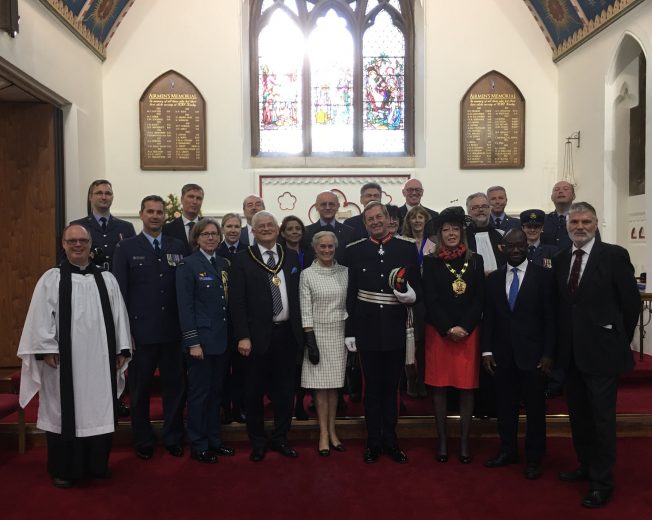 We tell stories of ourselves as individuals, as families, as communities and as nations and these stories define us, mould us and shape us.

Gathering each year on Battle of Britain Sunday we meet to retell a story, a defining story for our community here in Whyteleafe, for many individuals here present and for our nation. We are retelling a story of bravery, heroism, sacrifice and loss. Of young men from amongst our local community, from across our nation and across the world fighting against tyranny and fear for the very freedoms that we hold so dear and fear that we may sometime take for granted.

For some of us here retelling this story is personal, because with it is mourning – mourning what happened to a colleague, a friend, a partner, a parent, a child. That isn’t something we can switch in and out of in line with the calendar. But for many of us we are at more of a distance sharing in solidarity in that retelling – and while it may not be as personal for us, the story and what it represents matters.

Another word for retelling is remembering, that we remember our selves to this defining story once again, and what we do with our remembering, matters, because if we just put our remembering to one side after this service, then we have not remembered rightly.

Right remembering is about more than setting aside a day in a year to remind ourselves of the facts. Remembering rightly is about how we live in the light of these facts, how we respond to the retelling of the story, especially today as a community and as a nation.

Honesty about our past stories means that today we must remind ourselves of the realities of wars and conflicts, past and present, and remember – with sorrow, pride, gratitude and wonder. For re-membering is to re-join and re-commit ourselves to a formative narrative through which we build our sense of community, of who we are and who we wish to be.

For Whyteleafe, the story of the Battle of Britain is one such narrative. We do not have a long history. Whyteleafe actually came about in 1855 with the arrival of the train line and Nathaniel Glover purchased White Leaf field and George Henry Drew later completed the building that was called “White Leafe House”.

As the years have passed it has become harder to define where Whyteleafe begins and where Whyteleafe ends as the boundaries have morphed into Kenley, Warlingham and Caterham. But we have a story, a story that we are proud of, a story that through the telling and retelling, through our membering of and re-membering, we can build a sense of community, of identity and civic pride that lifts us up and demands that we live lives of service, lives that ensure the flourishing of those around us. For all those who served in the Battle of Britain willingly put themselves at risk and many took the ultimate sacrifice and lost their lives saving this country from invasion and from the tyranny of Nazi rule.

Today we are dedicating the two memorials either side of the High Altar to the memory of all those who lost their lives while serving at Kenley Airfield. The names go back to the interwar years, starting in the year 1922 where those serving at Kenley prepared the way for those who served during the Battle of Britain and continues right up to 1962.  The memorials tell the story of the whole period Kenley airfield was operational and also of the many pilots who travelled far from home to serve in the Battle of Britain. We remember those of the Royal Australian Air Force, the Royal New Zealand Air Force, the Royal Canadian Air Force and the Polish Air Force as well as those of the Royal Air Force who lost their lives and now rest in eternal peace in Airmen’s Corner here at St Luke’s.

The altar also represents for Christians the Last Supper, the sharing of Christ’s final meal with his disciples. It is through the Eucharist, through the re-membering of that meal and the sharing of the bread and wine that we too become the Body of Christ, we too become dynamic loving community. The memorials being placed in the sanctuary become another reminder for us to also be dynamic loving community.

Our re-membering and retelling of our foundational stories creates opportunities for new stories to be told, and this story is no different. For the story of the creation of these memorials also needs to be told.

When we were looking at the re-ordering of St Luke’s it was felt that it was important to replace all the tributes and symbols of the Battle of Britain within the sanctuary – the wooden plaque, the book of remembrance and the memorial window were rehomed in the sanctuary, the window being made from the fragments of glass recovered from the church after it suffered bomb damage as part of the air raid on Kenley Airfield on the 18th August 1940, giving St Luke’s the unenviable position of being the first church to suffer bomb damage in World War Two. 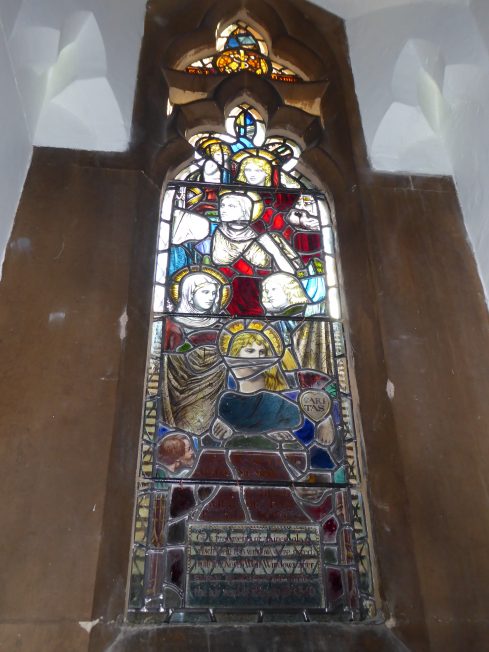 We also felt that it was amiss that there was not a formal memorial to all those who died whist in service at Kenley Airfield and so I made one of my regular visits to the RAFA club on Kenley Airfield to discuss the possibility of RAFA raising the monies required for a permanent memorial. This was very well received by the RAFA club and one particular member of the club took it upon himself to raise the funds necessary to make this possible. His name is Hartmut Klein and he is German. Just recently Hartmut and his family returned to live in Germany but his last act before relocating was to raise the money for these memorials. It was an act of reconciliation, of peace, of hope and of extraordinary generosity of spirit that needs to be told and re-membered as part of our story. It is wonderful that Hartmut and his family are here today for the dedication of the RAFA Memorials.

You may not be aware but The Guardian have a page called Datablog – it’s a place where they put analysis of all sorts of different reports as they come out – there’s lots of facts and figures there – and the strapline to Datablog is “facts are sacred”. Something that is sacred is held with respect and honour before God.

The story that we retell and re-member today is sacred and we hold it with respect and honour before God, because it calls on us to better ourselves, it calls on us to build stronger, transformational and transfiguring communities, rooted in love and mutual flourishing. For right re-membering, for honourable re-membering we must have a vision for the future.

When we look to the Old Testament we see the people of God, the Israelites, forever being called by God to re-member – to re-member who they were, where they had come from – and it was usually at times in their life when things were going wrong. These foundational stories that they repeatedly re-membered were not about just reminding themselves how they had got into their current mess, it was also a call, more than that, it was a promise to a future that could be different.  That is why our stories matter.

God’s ultimate promise of a future for us is that God will dwell with us, there will be no more mourning, no more crying, no more pain – we will get out of our cycles of violence and war because all of that has been gathering up in Christ who has shown us a different way.

And that future starts with us, now, because there is no going back, only moving forward. Taking the re-membering and retelling of our story involves us living in the light of it, not putting it to one side.

So how do we retell our story honourably? In the light of our remembering today and retelling tomorrow, how will we resolve our lives in the light of the sacrifice of all the names of the memorial we dedicate today?

My hope is that the answer will be found in each one of us being a symbol of the vision of loving service that God calls each one us to be – individually, as a community, as a nation and that through our living this vision we will re-member them.

May they rest in peace and rise in glory. Amen.