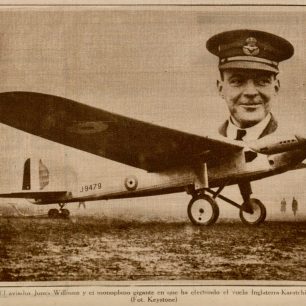 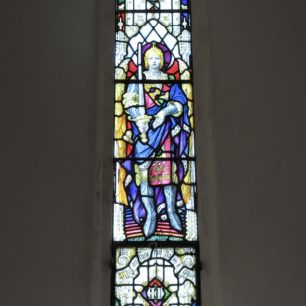 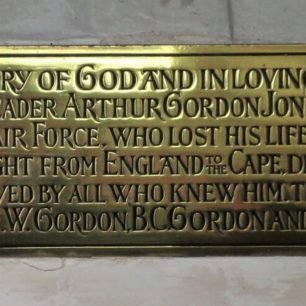 The brass plaque which accompanies the stained glass window at St. John The Evangelist, Newtimber. 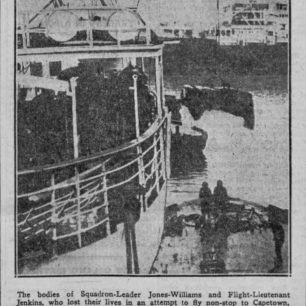 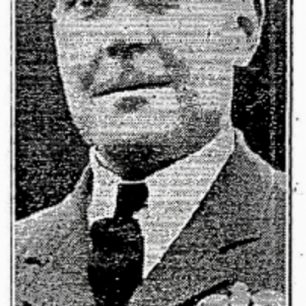 
Having been taken under agriculture in 1861, the area was now being developed into a centre for fruit growing with the planting of apple, pear and cherry orchards, with the first apple crop harvested in 1896, together with hops. Despite being born in Canada, Arthur is recorded as being Welsh in the 1911 Census when he was at a boarding school in Sussex.

When Arthur registered for the Royal Military College examination in October 1915 he was a private with the Officer Training Corps of Haileybury College in Hertford. After passing his examination, Gentleman Cadet Arthur Jones-Williams was promoted to 2nd Lieutenant, and in January 1917 he joined the Welsh Regiment but was immediately attached to the Royal Flying Corps where he joined 66 Squadron which was equipped with “Avros, B.E.12s, B.E.2Bs, B.E.2Cs and B.E.2Ds…for training purposes.” The Squadron moved to France between 3 and 18 March 1917 by which time they had re-equipped with Sopwith Pups. It is not clear whether Jones-Williams was still with 66 Squadron at this time because by 22 April 1917 he had joined 29 Squadron, flying the Nieuport Scout. Operating in support of the Battle of Arras, he is recorded as taking part in an attack on German balloons near Brebieres. Curiously on the way to their target, the 29 Squadron machines were flanked by enemy aircraft which appeared to take them for friendly aircraft. Arthur Jones-Williams saw extensive combat with 29 Squadron, becoming a Flight Commander and temporary Captain in May 1917, and leading to the gazetting of the Military Cross on 18 July 1917. The citation for the award read:

For conspicuous gallantry and devotion to duty. He has continuously shown the utmost dash and gallantry in attacking superior numbers of hostile machines. On one occasion he attacked twelve hostile scouts and succeeded in destroying one and driving down another.

Combat on the Western Front continued with intensity throughout the summer of 1917, first in support of the attack on Messines Ridge in June and then the Third Battle of Ypres in August. Royal Flying Corps squadrons were called upon to support the land offensives and Ty. Captain Arthur Jones-Williams was awarded a Bar to his Military Cross on 17 September 1917:

For conspicuous gallantry and devotion to duty when engaged in combat with hostile aircraft. On several occasions he attacked enemy formations although they were in superior numbers, fighting them in more than one instance single-handed, and showing the finest offensive spirit. He drove several machines down completely out of control, fighting until his ammunition was expended.

He was later hospitalised and returned to England where he made a full recovery. He was then re-united with his former 29 Squadron commanding officer, Major H. V. Champion de Crespigny in France, when he returned to active duty, as a Lieutenant, with 65 Squadron on 23 August 1918, again as a flight Commander. His new mount with 65 Squadron became the Sopwith Camel. During 1918 the squadron undertook offensive patrol, ground strafing, low level bombing, night bombing and escort duties. At the conclusion of hostilities, the Squadron Diary noted a number of pilots who had performed well with the squadron, including Captain A G Jones-Williams. Overall he was credited with the destruction of fifteen enemy aircraft.

After the war he was awarded the Croix de Guerre with Palme by the French before resigning his commission in the Welsh Rifles in August 1919 and joined the Royal Air Force with the rank of Captain. He then went on to serve in Iraq Command with 8 Squadron in the air policing role. During 1921 and 1922 the squadron operated in Kurdistan, flying against the Kurds and infiltration by the Turks and helped to evacuate forces allied to the British from the city of Sulaymaniyah in September 1922. Ultimately the action by the Turks forced the allied powers to accept the Treaty of Lausanne in 1923. Details of his RAF service for the next several years are unclear but on 8 October 1927 he is recorded as leaving Southampton for the Ritz Hotel, New York on board the Mauretania.

By January 1928, Arthur Jones-Williams had returned to Britain when he was promoted to Squadron Leader and assumed command of 23 Squadron at RAF Kenley on 21 January. As a fighter squadron, No.23 took part in anti-aircraft artillery and searchlight co-operation exercises together with an air-firing practice camp at RAF Sutton Bridge. Highlights for 1928 comprised participating in Air Displays at Hendon for the King of Afghanistan and the Sultan of Muscat. Squadron Leader Jones-Williams also competed in the Brooke-Popham air-firing trophy at Sutton Bridge. In December, Arthur Jones–Williams was attached to the Long Distance Flight at RAF Cranwell.

Immediately prior to Jones-Williams arriving at Cranwell, the RAF had taken delivery of a Fairey Long-range Monoplane (J9479). Preparations for a record attempt began and Jones-Williams teamed up with First Lieutenant N. H. Jenkins OBE, DFC, DFM. A 24-hour test flight was carried out on 22-23 March 1929 before the decision was made to attempt a flight to Bangalore in India, a distance of around 5000 miles. After taking off from Cranwell on 24 April 1929, when the attempt was hampered by headwinds, Jones-Williams and Jenkins landed at Karachi after being airborne for 50 hours and 48 minutes. Although they had failed in their distance record attempt, this was the first non-stop flight between Britain and India.


Undeterred by this disappointment, a decision was made to mount another attempt later in the year, this time on the Britain to South Africa route. Flying J9479 again, Jones-Williams and Jenkins left Cranwell on 16 December 1929. However, disaster struck the following day when the aircraft crashed at Djebel Lit, Zaghouan, a mountainous region south of Tunis, killing both men. Locals from Sainte Marie Du Zit saw the aircraft come down, found the bodies of the airmen beneath the wreckage and reported their discovery to the authorities. Troops were rushed to the scene and by nightfall on Wednesday 18th, it was established that it was indeed the missing Fairey Monoplane, at which point the President General in Tunis was alerted and he sent condolences to the British Consul General, Mr. J. McLeod. The sad news reached The House of Lords as they rose that night and was announced by Lord Thomson “with great emotion.” The following day the bodies of the two airmen were taken to Tunis with full military honours.

As part of the investigation into the crash, the navigational log was recovered revealing differences between their recorded and actual height, the crew had believed they were flying at 5,000 feet but had impacted the ground at 2,300 feet. The crash was the result of, either an altimeter failure or differences in the barometric pressure between Britain and Tunisia giving a false reading.

Squadron Leader Arthur Gordon Jones-Williams was buried at St. John the Evangelist Church, Newtimber, West Sussex, on 1st January, 1930. He had been living at 27 Pembroke Avenue, Hove, at the time of his death. His Mother was the principal mourner and was accompanied by many distinguished service and civic representatives, notably Air Chief-Marshal Sir John Salmond D.S.O. and Sir Philip Sassoon M.P., the former Under Secretary of State for Air.  Aircraftsmen members of the RAF formed a guard of honour. A stained glass window depicting St. Michael was presented to the church by E. W. Gordon, B.C. Gordon and A.W. Gordon in memory of Squadron Leader Jones-Williams.


Arthur is also remembered at St. Meugan church, Llanfeugan, Powys, Wales, where there is also a plaque to the memory of his Father and Grandfather.

His parents Arthur Henry Jones-Williams and Lucy Georgiana Gordon had married in Cuckfield, Sussex in July 1895 before travelling to Coldstream Ranch, British Columbia where Arthur junior was born. Tragically his father was “accidentally killed” on 23 January 1901 and was buried in Coldstream Municipal Cemetery. As Arthur Gordon Jones-Williams was a bachelor, his mother Lucy inherited his estate. She passed away on 2 December 1935.