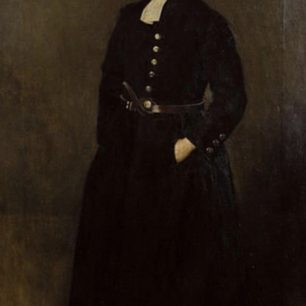 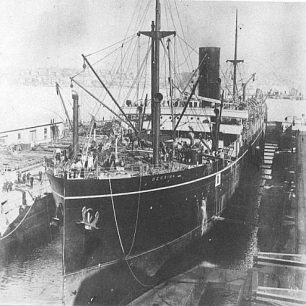 S.S. Berrima under construction in 1913. 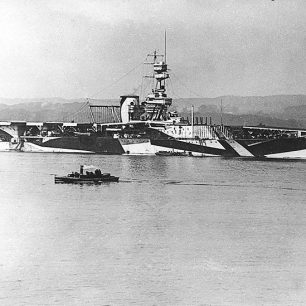 H.M.S. Furious in 1918 with a "landing on" deck aft. You can see the crash barrier behind the funnel. 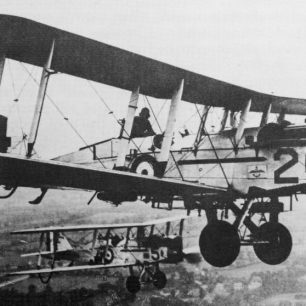 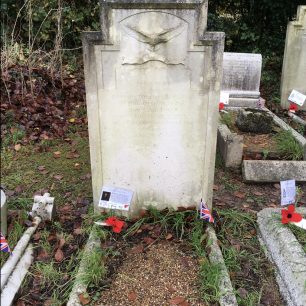 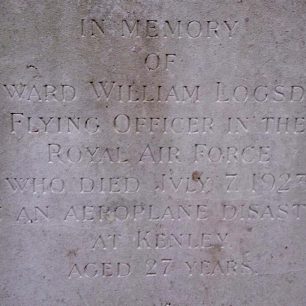 On 7th July, 1923, Tragedy struck No.24 Squadron, when two of their pilots were killed in an Airco DH.9a (H3431) shortly after take-off from Kenley. One was the vastly experienced F/O Marcel Trapagna Leroy and the other was his pupil, F/O Edward William Logsdail, who had only been with the squadron a few days.

Here is a newspaper report from the Western Daily Press – Monday 09 July 1923:

‘PLANE IN FLAMES CRASHES ON A HOUSE.‘

“Two flying officers were killed in an aeroplane crash at Kenley, Surrey on Saturday, and a house on which the aeroplane fell was almost totally burned. The victims of the accident were Flying Officers Marcel Gustavo Louis Trapagna Leroy (pilot) and Flying Officer E. W. Logsdail (passenger). The machine was a D.H.9a from Squadron 24, Kenley, and the flight was an instructional one.

Flying Officer Leroy, a distinguished and experienced airman, had been at Kenley about three years, but Flying Officer Logsdail had only been at the aerodrome a few days and was receiving instruction in flying. The aeroplane, which went up from Kenley Aerodrome shortly before ten o’clock, was noticed in difficulties, when the tail appeared to crumple up. In its fall the machine collided with some trees and telephone wires, and finally crashed in flames on to the centre of the roof of a house named Colescroft, in the occupation of Mr and Mr Collinson.

Immediately the machine struck the roof flames shot up and the whole house was quickly alight. Mr Collinson and his daughter, with the servants, managed to get out of the house in time. Mrs Collinson was out shopping.

A staff of men from Kenley Aerodrome arrived soon afterwards and removed fragments of the machine, among which were found the two bodies charred beyond recognition.”

This report differs, in some particulars, from other accounts of the crash. Some witnesses heard the engine splutter and saw smoke coming from the exhaust prior to the disaster. Others reported a terrific noise or scream from the engine.

There is, however, no doubt that the petrol tanks were full as the DH.9A clipped the oak tree flanking ‘Colescroft’, in Firs Rd, Kenley, and dived through the roof of the house, into a second floor room used as a nursery, exploding on impact.

Burning petrol sprayed everywhere and the upper floor was soon consumed by flames. Again, reports differ as to how many people were in the house – but most of the family were out and Mr. Collinson, who was in the hall, escaped through the side porch.

Neighbours telephoned for help and at 10.11am, the Coulsdon and Purley Fire Brigade arrived under the command of Chief Officer Carter, closely followed by the aerodrome ambulance. A contingent of RAF men had already arrived on the scene. They tried to get up the stairs of the house but found it hopeless to attempt to get anywhere near the two airmen. One of them fainted from the heat of the burning building. They appear to have stayed on the scene and helped the fire brigade to save some of the family’s possessions from the fire.

It took an hour for the firemen to gain some control of the blaze, by which time the main roof of the house was destroyed and seven rooms on the upper floor, completely gutted.

Eventually, F/O Trapagna Leroy’s remains were found still in the cockpit and F/O Logsdail’s a few yards away.

FLYING OFFICER EDWARD WILLIAM LOGSDAIL was the eldest son of William Logsdail and his wife May Logsdail (nee Ashman). William Logsdail was a successful painter and Edward was born in Venice while his Father was working there, in 1896. He became the subject of one of his Father’s best known paintings during his time as a scholar at Christ’s Hospital School – “The Bluecoat Boy” is, in fact, a portrait of the young Edward Logsdail.

In 1913, aged 17, Edward arrived in Sydney as an apprentice aboard the SS Geelong, a cruise liner owned by the Blue Anchor Line. He arrived back in Sydney in March 1914 aboard the new P&O cruise liner “Berrima” and appears to have remained an apprentice on her crew until November 1916, during her time operating as a troopship. In May 1917, Edward was awarded a certificate of competency as a Second Mate “For Foreign Going Steamships Only.”

Perhaps his service as a Merchant Seaman led Edward to enlist in the Royal Naval Air Service. In June 1917, Edward is listed as a Probationary Flight Officer at their recruit training depot, Crystal Palace, and by 1919 was serving aboard the aircraft carrier HMS Furious, as an RAF Lieutenant, after it had been fitted with a launch and recovery deck. During 1919, the carrier operated in the Baltic Sea before being laid up in reserve at the end of the year.

In 1922, the Logsdail family moved to the Manor House, Noke, Oxfordshire, and were living there when Edward made his last flight on 7th July, 1923, at Kenley, only a few days after he joined No.24 Squadron.

The Court of Inquiry attributed the cause of the Leroy and Logsdail’s accident to a “failure of the tail unit in the air resulting from excessive strain imposed on it when pulling out of the first steep dive.”

Rest in Peace Sir and thank you for your service.