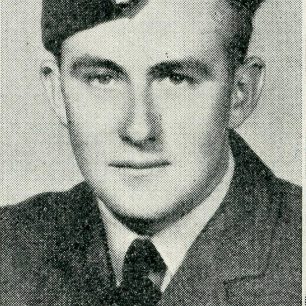 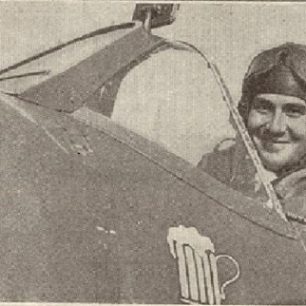 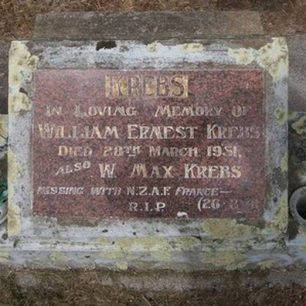 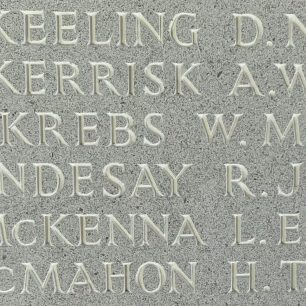 On the afternoon of Thursday 26 March 1942 485 Sqn (RNZAF) flew on Ramrod 17 from Kenley to Tangmere to escort a bombing raid to Le Havre.  The Squadron’s Operations Record Book described the operation as a success but on the return leg they encountered enemy aircraft. (1)

Flying a presentation MkVb Spitfire W3577 ‘Mission Bay’ (an Auckland suburb) Flight Sergeant William Max Krebs RNZAF, aged 24, was shot down by a Bf 109.  He was seen to bail out near the coast but neither he nor his aircraft were ever found and he remains Missing in Action, commemorated at the Runnymede Memorial in Surrey.

The son of William Ernest and Ruby Pearl Krebs, Max Krebs was born in Gisborne on the east coast of the North Island of New Zealand, on 24 June 1917.

On leaving school he became a clerk in the family’s motor body building company, Krebs & Co.  Enlisting into the RNZAF as an airman pilot under training on 27 July 1940, he gained his wings on 16 January 1941.  He was promoted to sergeant the following month and embarked for the UK, where he was posted to 53 Operational Training Unity (OTU), at Heston, to the west of London, to convert onto the Spitfire.

On 5 June 1941, he became a member of the Irvine Parachute Company’s “Caterpillar Club”.

Flying a Mk1A Spitfire P9375 on a training aerobatics sortie, he entered into a spin at about 15,000 feet near Gatwick.  Unable to regain control Max managed to bail out at 1000 feet and his chute opened at about 300 feet.  In a letter to his parents, later reported in the Auckland Star newspaper (2), he wrote:

“A lot of chaps here are jealous of my entry in the ‘Caterpillar Club’, a name which comes from its badge – a small caterpillar brooch worn by members giving name and date of initiation.  It costs nothing to become a member.  All you have to do is abandon an aircraft in midair and make a successful parachute landing.  The badge is supplied by the parachute makers and you don’t get them on a ‘fun’ jump – it has to be a matter of life or death.

“I was sent up one evening to teach myself aerobatics.  I tried a few manoeuvres without much success, so tried looping, but on three occasions I went into a spin and recovered.  Not to be defeated, I put the nose down again and clocked about 400 mph before hauling her nose up.  Again she spun and I couldn’t stop it.  Down I spun from about 15,000 feet and try as I might I could do nothing with it, so I decided to get out.

“It must have been under 1000 feet when I got clear and, according to observers, my parachute did not start to open until I was only 300 feet up.  I landed in a prickly tree and the plane fell close, burning nicely.  Heavens – I was lucky! If it hadn’t been for the tree I should have broken both legs at least, for I was still dropping fast.  I assure you that I was never so scared and shocked in all my life as when I sat in the tree and thought it over.

“I waited for help to get me out, and they didn’t expect to find me alive. The funniest part was when I was half-way down the ladder they brought to get me down it broke under us.  An ambulance driver turned up from a nearby drome [presumably Gatwick] and was disappointed to find me only bruised.  It happens that I am the first man to make a jump at this O.U.T. and my parachute packer was thrilled.

“I had to make out a lot of reports about the incident, but everything is okay., and I am free from blame and flying again. Another funny bit was that on the way back to billets we stopped at an inn and I ordered a double brandy.  The barman looked at me and said ‘Heavens – anybody would think you had been in trouble!’.”

Artefacts recovered from the Spitfire, which crashed at Toovies Farm in what is now West Sussex, are on display at the Wings Museum near Gatwick (3).

Apart from the Runnymede Memorial, Max Krebs is also commemorated on his father’s headstone in Gisborne’s Taruheru Cemetery.

Okioki ki te rangimarie – May he rest in peace.