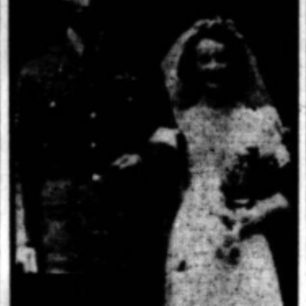 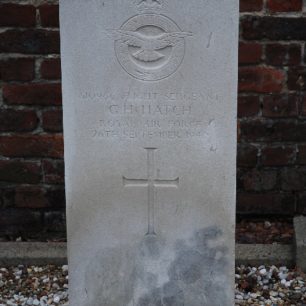 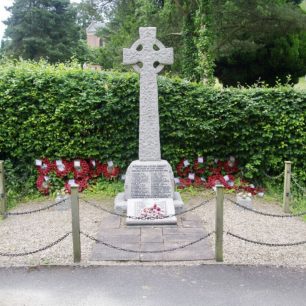 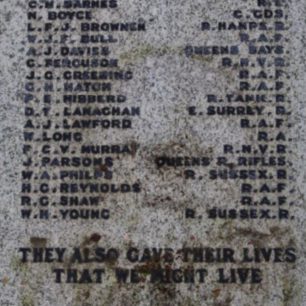 The War Establishment of 64 Squadron listed George Herbert Hatch as a Sergeant with “A” Flight. Based at RAF Church Fenton, the squadron were flying the Bristol Blenheim fighter having converted to the type in the New Year.

The squadron’s immediate wartime role was in patrolling the North Sea coast and in-shore convoys. Occasionally, intercept missions against radar plots were launched but these failed to make contact. In early December the squadron was detached to RAF Evanton, Easter Ross, to provide standing patrols of Loch Ewe, at that time a temporary base for the Home Fleet. It was the lot of all pilots to undertake regular flights, in excess of two hours around the Loch Ewe area. Sergeant Hatch’s first recorded missions with the squadron occur on this detachment. The detachment ended on 8 January 1940, with all patrols from Evanton having been described as “uneventful”.

Back at Church Fenton the routine of patrolling the North Sea coast and in-shore convoys resumed. The winter weather hampered operations until March 1940 when the squadron were able to mount multiple daily patrols. However, the squadron did not see much action and Sergeant Hatch’s last recorded Blenheim sortie was on 5 April. The squadron was beginning to convert to the Spitfire, with the last operational Blenheim sortie recorded on 10 April, and was declared operational on 17 April although only six operational sorties were flown with the new mount that month.

May brought a return to patrolling duties, with “B” Flight detached to operate from Catterick for the first eleven days. As a result of the German successes in Norway and the risk of air raids being launched from there, the squadron moved to RAF Usworth on 11 May; however, the German invasion of Belgium and Holland meant they had scarcely time to unpack before they were called south to 11 Group and RAF Kenley on 16 May. The first four days at Kenley were quiet for the squadron with only single aircraft patrols being launched with the squadron familiarising themselves both with the Kenley Sector and their relatively new mounts.

From 21 May the squadron began launching Section, or larger, patrols and although some contact with the enemy was made no claims were lodged. Sergeant Hatch’s first operational sortie from Kenley took place on 25 Maywhen he was launched as part of Yellow Section to intercept an “X Raid”, however no contact was made. His second sortie occurred on 29 May when a nine aircraft patrol was launched to cover Dunkirk. Here they met an ”inferior number” of enemy aircraft and despite claiming an Me109 lost three of their pilots:

Sergeant Hatch took off on what to be his final sortie on the afternoon of 31 May, as part of a nine aircraft formation. They were patrolling Dunkirk when a number of enemy aircraft were encountered. In the ensuing combat four German aircraft were claimed and three Spitfires damaged but George Hatch “did not return”. He had been shot down, in Spitfire Ia K9813, and wounded. When captured, Sergeant Hatch was found to have burns to his hands and lower body. As a result, he was hospitalised in the Military Hospital of St. Augustin College in Enghien. A Red Cross nurse, Madame Delannoy, who visited the hospital twice daily confirmed he was a patient there.

Madame Delannoy is the wife of the Burgomaster and as Red Cross nurse visited the patients (all British Prisoners mostly from Dunkirk) in this Hospital twice daily and amongst other women was very devoted to our wounded and sick.

George Hatch was the fifth child of John Lionel Hatch and Annie Elizabeth (French) Hatch, born in the New Forest at the end of 1911. He joined the RAF as an Aircrafthand late in 1925 before later becoming a pilot. He married Irene Dewey at St. Matthews, Netley, Hants on 5 July 1939, the marriage was attended by his mother and younger sister Ida Littlecott. George’s father had passed away in 1935.

Flight Sergeant George Herbert Hatch died of his wounds on 26 September 1940. His death was certified in the Civil Register of Enghien. He is buried in Grave 7 at the Enghien (Edingen) Communal Cemetery in the Belgian province of Hainault and remembered on the Copythorne Cross in The New Forest, Hampshire.