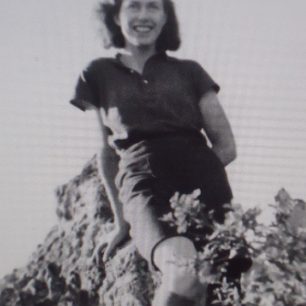 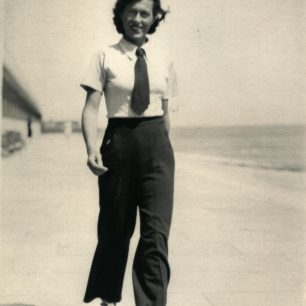 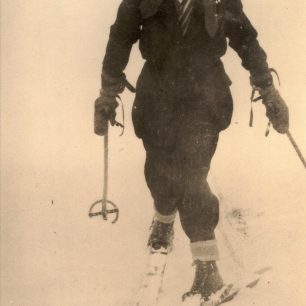 Kenwyn Lawry's Mother, Agnes, (left) with her daughter Esme, and grandchildren, Jenny and Charles. It was thanks to Carol's selfless actions that Agnes survived to see her four grandchildren.
Charles Lyne 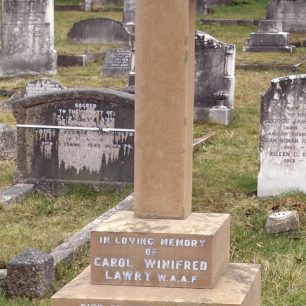 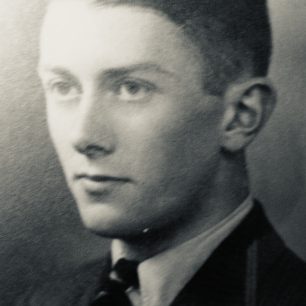 Carol Winifred Anne Carroll was born in July 1903, in West Derby, Lancashire. She was a very fit and active woman who enjoyed climbing, hiking and caving. In fact, she was the first woman recorded to have climbed Mount Kenya in February, 1938. In civilian life, she worked as a governess.

Carol enlisted in the Women’s Auxiliary Air Force a couple of weeks after war broke out in September 1939 and mustered as a clerk, arriving at RAF Kenley on 18th December, 1939. She was promoted to Aircraftwoman First Class on 1st June, 1940.

In July, 1940, she married Canadian born Kenwyn Charles Lawry, in Torquay. The couple were very much in love. Ken had enlisted in the RAF on 3rd April, 1940 and was training as an Air Observer.

Carol was stationed at RAF Kenley during the Summer of 1940, when the station was a prime target for Luftwaffe raids, so it must have come as a welcome relief when she was granted a few days leave in October, which she planned to spend with her Mother-in-Law in Eastbourne.

She arrived at Eastbourne Station on the afternoon of 8th October, and set off home with Kenwyn’s Mother. The two women were admiring the window displays at Messers Bobby’s Department Store when the first of three air attacks that day hit the town centre, sending high explosive bombs and an oil incendiary down onto the busy shopping area, almost without warning. Carol heard the whistle of a falling bomb and grabbed her companion, flinging her to the ground and throwing herself protectively over her, as it detonated. Carol was struck by shrapnel and seriously injured. She was taken to St. Mary’s hospital, where she succumbed to her wounds the following morning. Her Mother-in-Law, Agnes, was shaken but unharmed, her life having been saved by Carol’s selfless action.

Kenwyn was unaware of what had happened when he returned to his base at RAF Penrhos in North Wales, after a training flight at 6.30pm on the 8th. A telegram brought him the terrible news that his wife had been seriously injured, but by the time he had made arrangements to go to Eastbourne, Carol had already died and he found himself returning for her funeral.

His grief was compounded when a post mortem examination revealed that Carol had been carrying their child.

Kenwyn returned to his training and was posted to his first operational squadron, No.236, flying Bristol Blenheims, on 21st May, 1941. In mid-August, he joined No.413 squadron, RCAF, who operated Catalina flying boats. He was killed in action on his first operational sortie with them – a risky long range reconnaissance flight to Norway, on 22nd October, 1941.  No trace of his body was ever found and he is remembered on Carol’s gravestone and the Runnymede memorial.

It was said that he had given up on life after Carol’s death.

Rest in peace Ma’am and thank you for your service.

Many thanks to Charles Lyne for photos and invaluable information. Our Lady of Ransom, Eastbourne, and Neil Broughton. Source: Finding the Fallen by Andy Saunders.