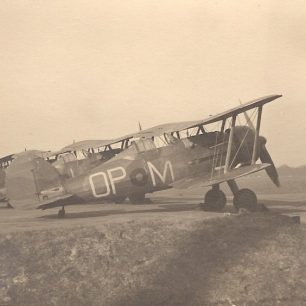 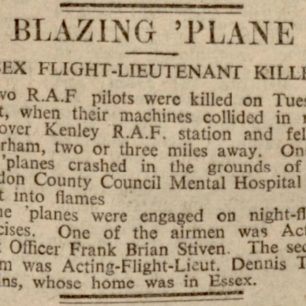 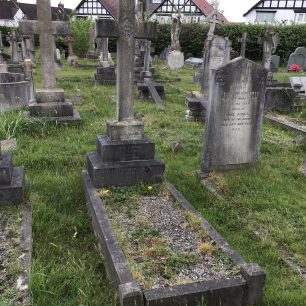 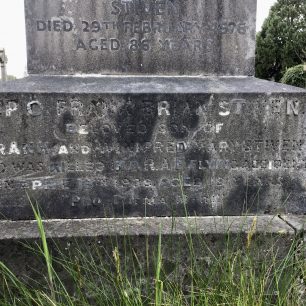 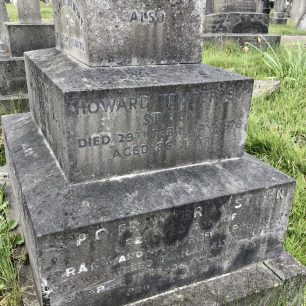 The right face of the Stiven family grave at St. Luke's cemetery, Bromley. 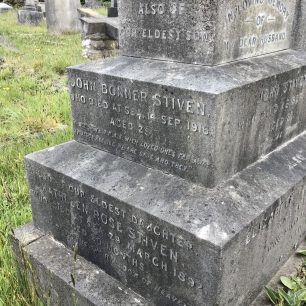 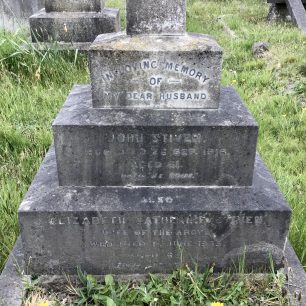 His aircraft was completely destroyed when it dived into the ground, burying itself in the garden of a house in Francis Road, Caterham. Frank died of multiple injuries – his spine was broken and the coroner concluded that his death had been instantaneous.

A newspaper article about this incident is included with the entry for Flight Lieutenant Collins. See link below..

Acting Pilot Officer Stiven enlisted in 1938. He was the son of Frank Watson Stiven, who was a dentist by profession, born in Bombay, India.  Frank’s mother was Winifred Mary Stiven (nee Moore). His address at the time of his death was 11 Beckenham Rd, Beckenham.

Frank had enjoyed some success as a boxer during his time at Clare House School. He went on to represent the RAF in boxing and won a trophy in the lightweight division.

Stiven was buried in a family grave at St. Luke’s, Bromley Common, on 22nd April, 1939, with Canon F. W. Hassard-Short officiating. His coffin was borne to his final resting place by Sergeants of No.3 Squadron. After the commital, volleys were fired over the grave and an RAF bugler sounded the Last Post. Frank was just 19 years old when he died.