You are here: Home>History>Women at War>Local woman flew in RAF display team 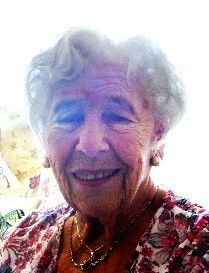 When I first asked Mavis if I could interview her she told me there was nothing to tell, she wasn’t interesting and nobody would be interested in her. When you have read this I hope you will agree with me that Mavis is both interesting and had a story to tell.

Mavis was eighteen when she joined a youth organisation in the 1950’s, which was offering scholarships in flying. Mavis decided to take up the offer of the scholarship and learn to fly.

The training consisted of thirty hours of flying, in a Magister aeroplane, of which ten hours had to be flying solo. She also had to learn navigation by map, (no SatNav then), as well as maintenance and safety.  After successfully completing the training Mavis received her pilot’s licence. 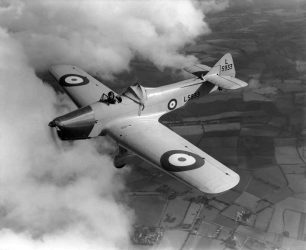 The Royal Air Force Voluntary Reserve (RAFVR), was accepting female pilots and Mavis applied and was accepted. The first thing she was told was “forget all you have been taught and we will teach you the RAF way”. She was one of a pool of female pilots who were trained to fly aircraft to their destinations should another war break out. She was based at Redhill Aerodrome where there were two-hundred men and six women pilots.

I asked her if she suffered from prejudice against female pilots and she said she thought it was more curiosity as they wanted to know why she wanted to be a pilot. The RAFVR wanted a female air display team, flying Chipmunk aircraft. Mavis applied and was accepted along with two other female pilots. They were the only female air display team at the time and the RAF haven’t had one since. She had to learn how to do aerobatics and fly in formation. 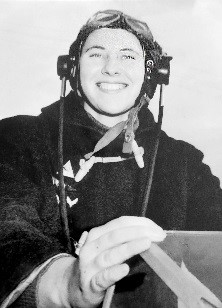 Mavis in her RAFVR days

Mavis usually took position three in the formation, which she explained was quite difficult, as when they turned, number three was usually in the inside and had to slow the aircraft speed to keep the formation tight. There was no pilot to pilot voice contact as there is now and all manoeuvres were done by hand signal by the number one pilot. I asked if they had to loop-the-loop and she said yes but had no fear in doing so.  I found this all incredible for a female pilot in the 1950’s.  Sadly for Mavis the RAFVR was disbanded after two years.  After which Mavis had to rethink her career.

She had no desire to become a commercial pilot so she applied for a position at Croydon Airport.  Having been successful in her application she soon found herself both demonstrating aeroplanes to clients and ferrying them to their destination.  Mavis said she had to fly to France on a couple of occasions and I enquired how difficult this must have been with an open cockpit. She laughed at this and told me it was actually more fun to fly to France.

She had to use her navigation skills to plot the route on the map. To enable her to read the map she had to hold the control stick between her knees and tighten the throttle so she had two free hands with which to hold the map on her lap. The wind would be blowing the map everywhere and as she approached France she would have to change to a French map!  Can you begin to imagine how difficult this must have been? I asked her if she was scared and she told me it was scarier learning to drive a car with traffic around you. “In the sky you have room to manoeuvre.” 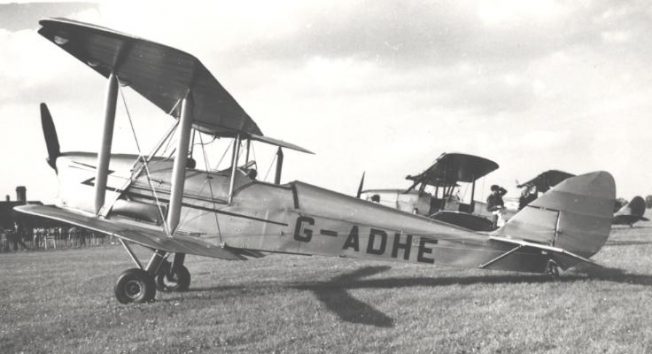 A Tiger Moth at Coventry airport in 1954

On another occasion, she was ferrying a Tiger Moth to Essex with the company secretary as a passenger.  A short distance from Croydon Airport the Tiger Moth suffered an engine failure. Mavis said you are taught how to handle a crash and the first thing you look for is a field – but there wasn’t one. She decided she had no option but to return to Croydon Airport.

As she approached Purley Way she was losing height rapidly and the undercarriage of the Tiger Moth caught the wires and flipped her over.  Mavis crash-landed in the Waddon Estate. 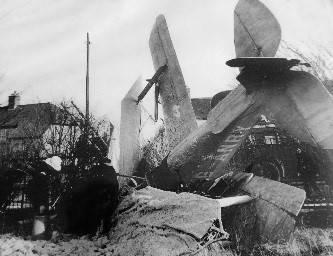 Both Mavis and her passenger survived. There was an investigation and water was found in the carburettor, which was linked to the water at the bottom of the fuel bowser. When fuelling the aircraft, the water had been sucked up with the aviation fuel, causing the engine failure.

Did this put Mavis off flying?  Not likely Mavis carried on. She is a remarkable lady who has had an amazing career. Her bravery is incredible and I hope you found her story as interesting as I did.